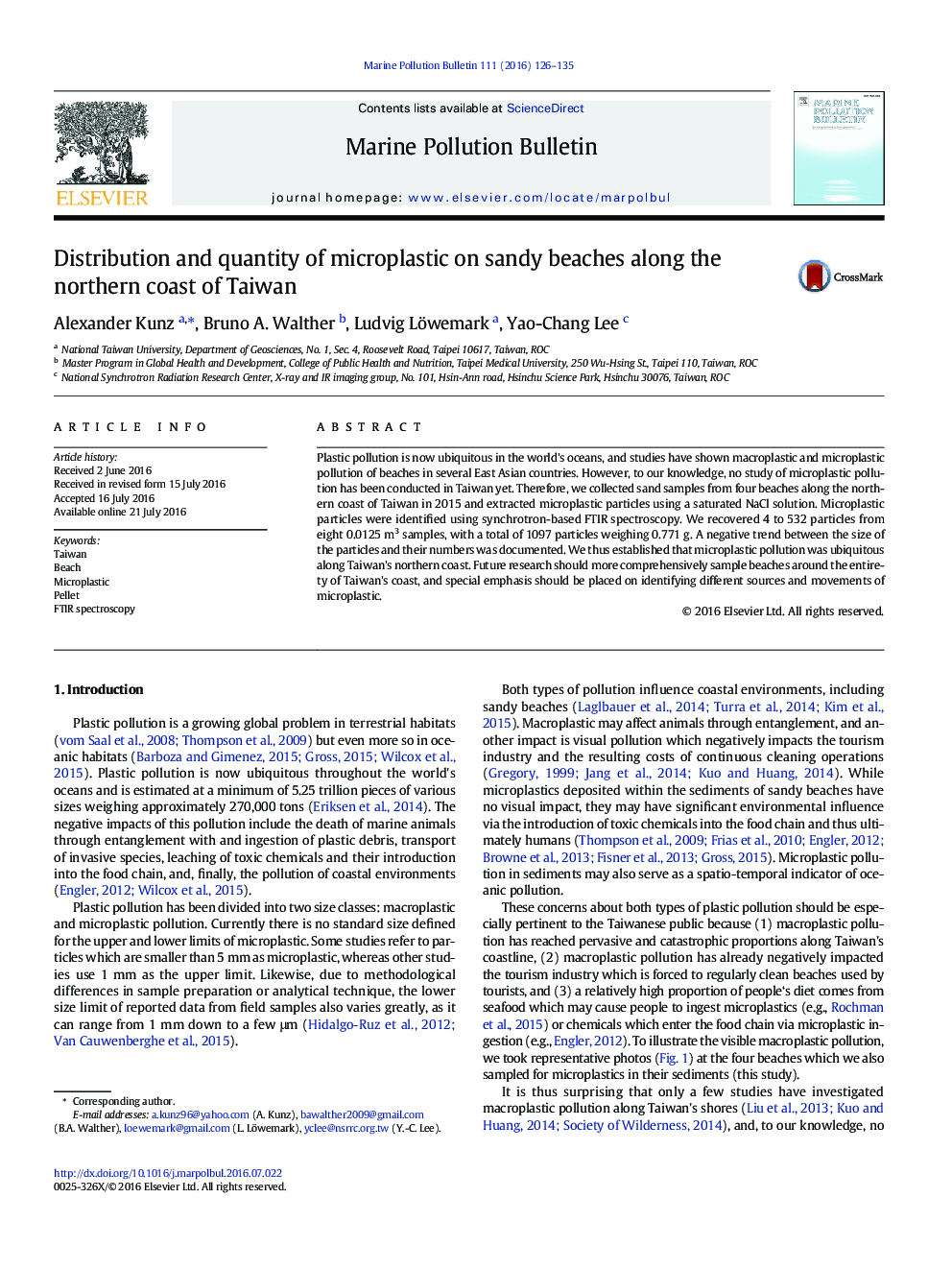 • Microplastic particles were found at four sampled beaches along Taiwan’s northern coast.
• In total, 1097 particles ranging between 0.25 mm and ≥ 4 mm and weighing 0.771 g were found.
• Distribution of microplastic was heterogeneous, with low amount at the NW- and NE- coast and high amount at the north coast.
• There was no clear trend between the amount of microplastic and sediment depth.
• There was an almost significant negative trend between the size of the particles and their numbers.