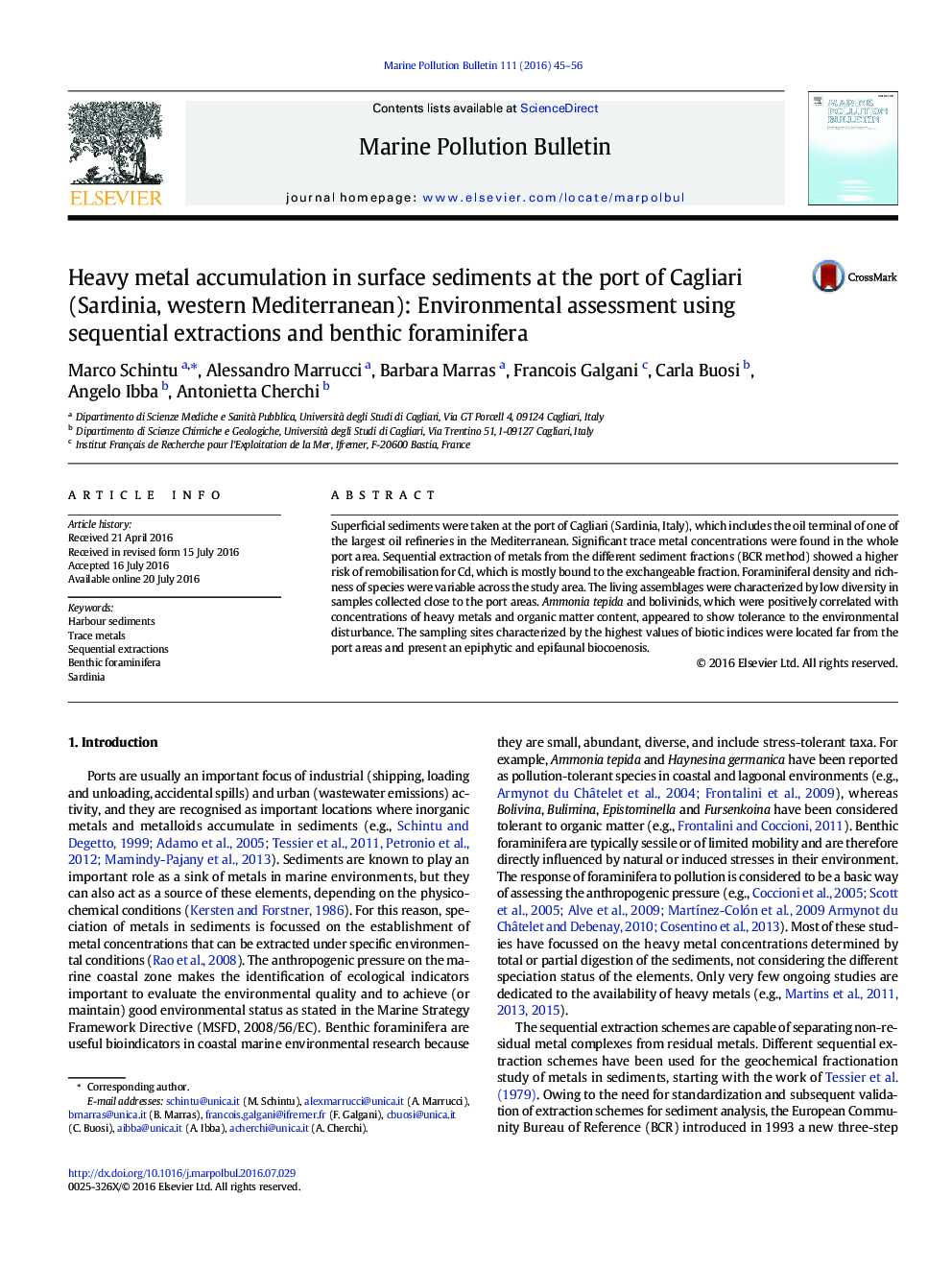 • First assessment of metal contamination in the sediments of the port of Cagliari (Sardinia, Italy).
• Sequential extractions of metals from sediments showed that Cd is mostly bound to the exchangeable fraction.
• Foraminifera have given similar indications for chemical analysis.

Superficial sediments were taken at the port of Cagliari (Sardinia, Italy), which includes the oil terminal of one of the largest oil refineries in the Mediterranean. Significant trace metal concentrations were found in the whole port area. Sequential extraction of metals from the different sediment fractions (BCR method) showed a higher risk of remobilisation for Cd, which is mostly bound to the exchangeable fraction. Foraminiferal density and richness of species were variable across the study area. The living assemblages were characterized by low diversity in samples collected close to the port areas. Ammonia tepida and bolivinids, which were positively correlated with concentrations of heavy metals and organic matter content, appeared to show tolerance to the environmental disturbance. The sampling sites characterized by the highest values of biotic indices were located far from the port areas and present an epiphytic and epifaunal biocoenosis.