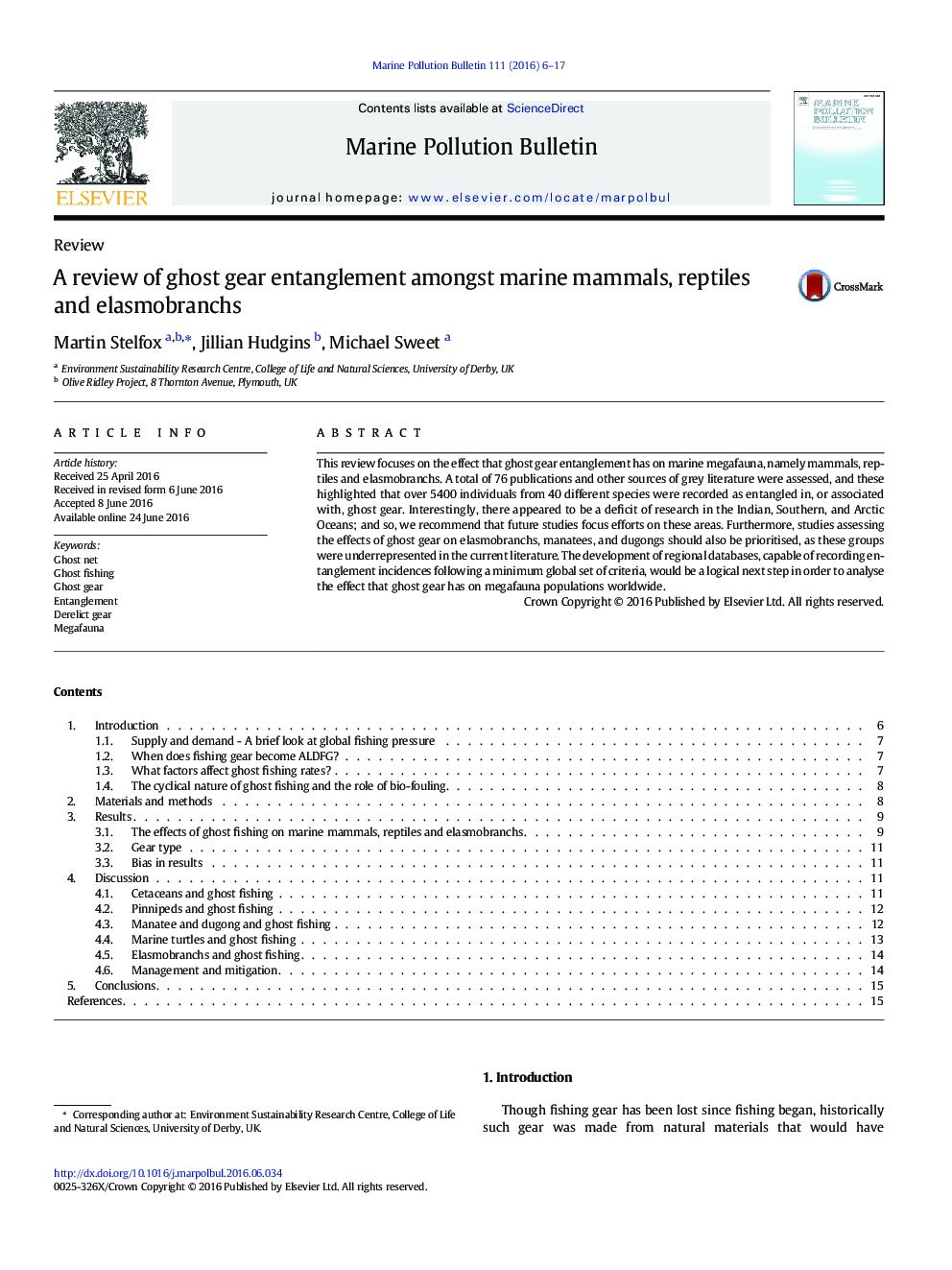 • Abandoned, lost, or otherwise discarded fishing gear is a major threat to marine megafauna.
• Ghost nets are the major gear type entangling pinnipeds and turtles.
• Monofilament line and rope are the major ghost gear types entangling cetaceans.
• Further research should focus on the effect of ghost fishing at the population level.
• A data collection method following a minimum set of global criteria is proposed.

This review focuses on the effect that ghost gear entanglement has on marine megafauna, namely mammals, reptiles and elasmobranchs. A total of 76 publications and other sources of grey literature were assessed, and these highlighted that over 5400 individuals from 40 different species were recorded as entangled in, or associated with, ghost gear. Interestingly, there appeared to be a deficit of research in the Indian, Southern, and Arctic Oceans; and so, we recommend that future studies focus efforts on these areas. Furthermore, studies assessing the effects of ghost gear on elasmobranchs, manatees, and dugongs should also be prioritised, as these groups were underrepresented in the current literature. The development of regional databases, capable of recording entanglement incidences following a minimum global set of criteria, would be a logical next step in order to analyse the effect that ghost gear has on megafauna populations worldwide.