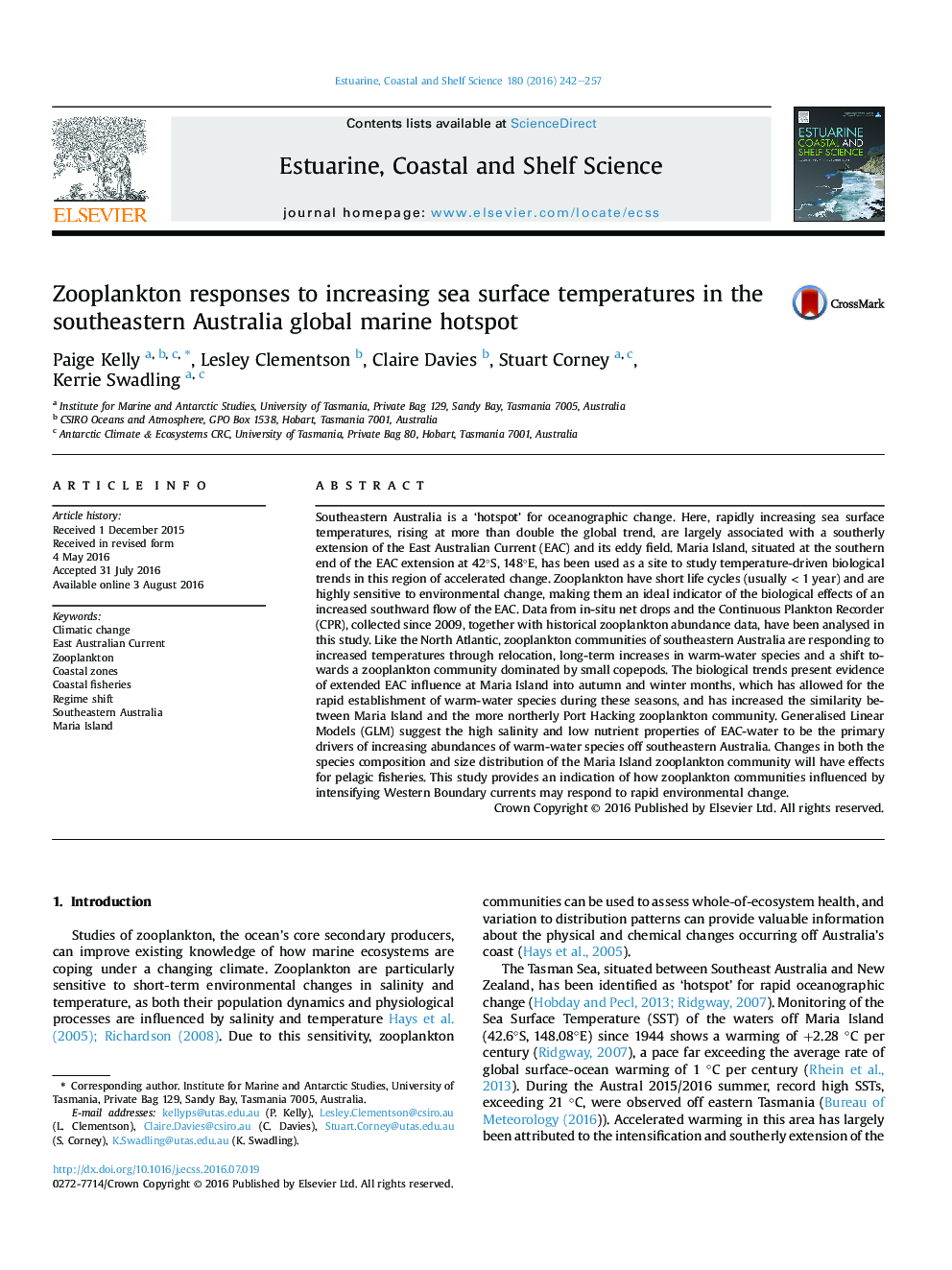 Southeastern Australia is a ‘hotspot’ for oceanographic change. Here, rapidly increasing sea surface temperatures, rising at more than double the global trend, are largely associated with a southerly extension of the East Australian Current (EAC) and its eddy field. Maria Island, situated at the southern end of the EAC extension at 42°S, 148°E, has been used as a site to study temperature-driven biological trends in this region of accelerated change. Zooplankton have short life cycles (usually < 1 year) and are highly sensitive to environmental change, making them an ideal indicator of the biological effects of an increased southward flow of the EAC. Data from in-situ net drops and the Continuous Plankton Recorder (CPR), collected since 2009, together with historical zooplankton abundance data, have been analysed in this study. Like the North Atlantic, zooplankton communities of southeastern Australia are responding to increased temperatures through relocation, long-term increases in warm-water species and a shift towards a zooplankton community dominated by small copepods. The biological trends present evidence of extended EAC influence at Maria Island into autumn and winter months, which has allowed for the rapid establishment of warm-water species during these seasons, and has increased the similarity between Maria Island and the more northerly Port Hacking zooplankton community. Generalised Linear Models (GLM) suggest the high salinity and low nutrient properties of EAC-water to be the primary drivers of increasing abundances of warm-water species off southeastern Australia. Changes in both the species composition and size distribution of the Maria Island zooplankton community will have effects for pelagic fisheries. This study provides an indication of how zooplankton communities influenced by intensifying Western Boundary currents may respond to rapid environmental change.