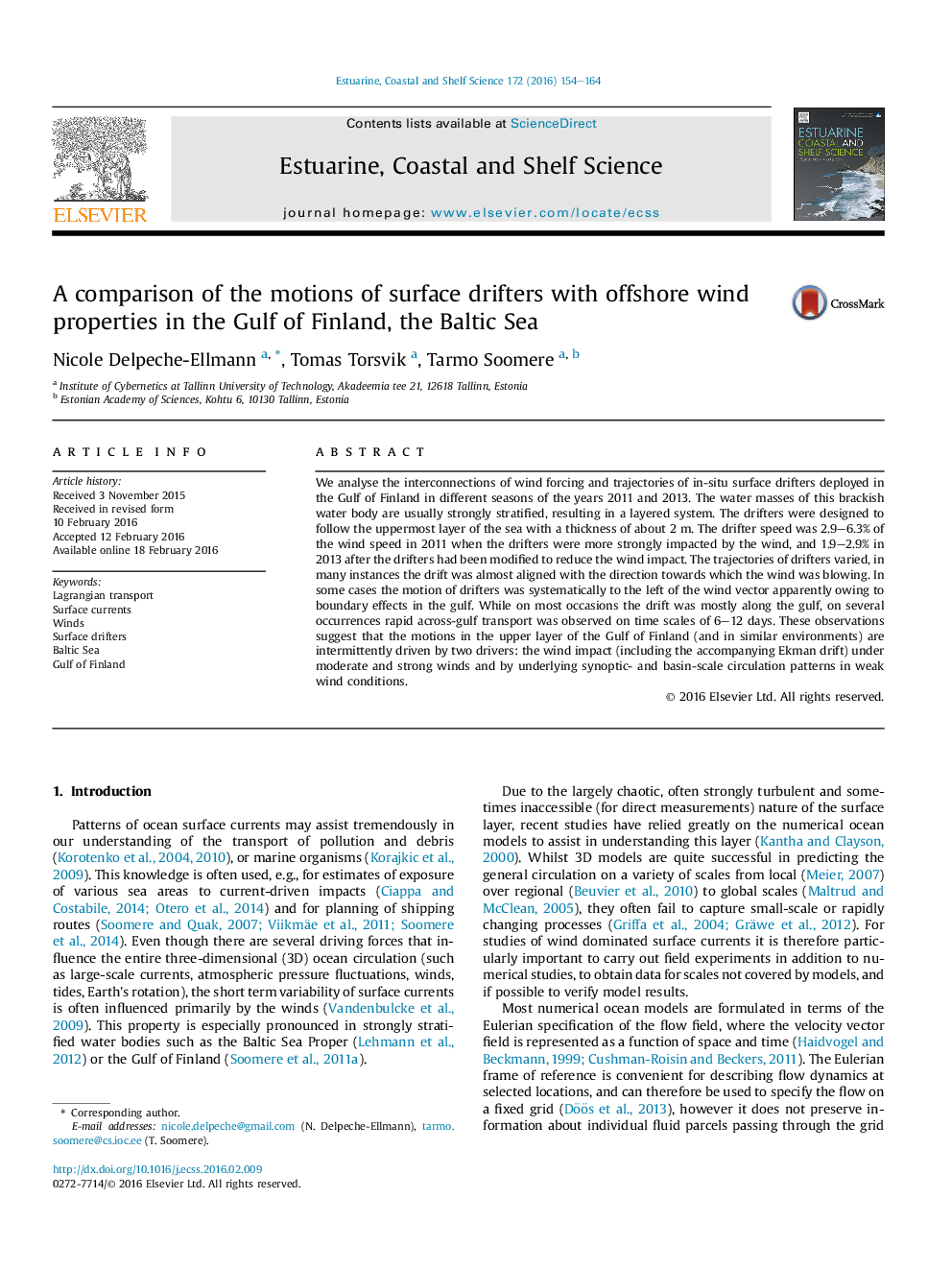 • Properties of wind and surface drift compared in the Gulf of Finland for 2011–2013.
• Surface layer drift in most cases governed by Ekman transport.
• Rapid across-gulf transport may occur on a time scale of 6–12 days.
• In weak wind conditions currents in a deeper layer dominate the drift.

We analyse the interconnections of wind forcing and trajectories of in-situ surface drifters deployed in the Gulf of Finland in different seasons of the years 2011 and 2013. The water masses of this brackish water body are usually strongly stratified, resulting in a layered system. The drifters were designed to follow the uppermost layer of the sea with a thickness of about 2 m. The drifter speed was 2.9–6.3% of the wind speed in 2011 when the drifters were more strongly impacted by the wind, and 1.9–2.9% in 2013 after the drifters had been modified to reduce the wind impact. The trajectories of drifters varied, in many instances the drift was almost aligned with the direction towards which the wind was blowing. In some cases the motion of drifters was systematically to the left of the wind vector apparently owing to boundary effects in the gulf. While on most occasions the drift was mostly along the gulf, on several occurrences rapid across-gulf transport was observed on time scales of 6–12 days. These observations suggest that the motions in the upper layer of the Gulf of Finland (and in similar environments) are intermittently driven by two drivers: the wind impact (including the accompanying Ekman drift) under moderate and strong winds and by underlying synoptic- and basin-scale circulation patterns in weak wind conditions.