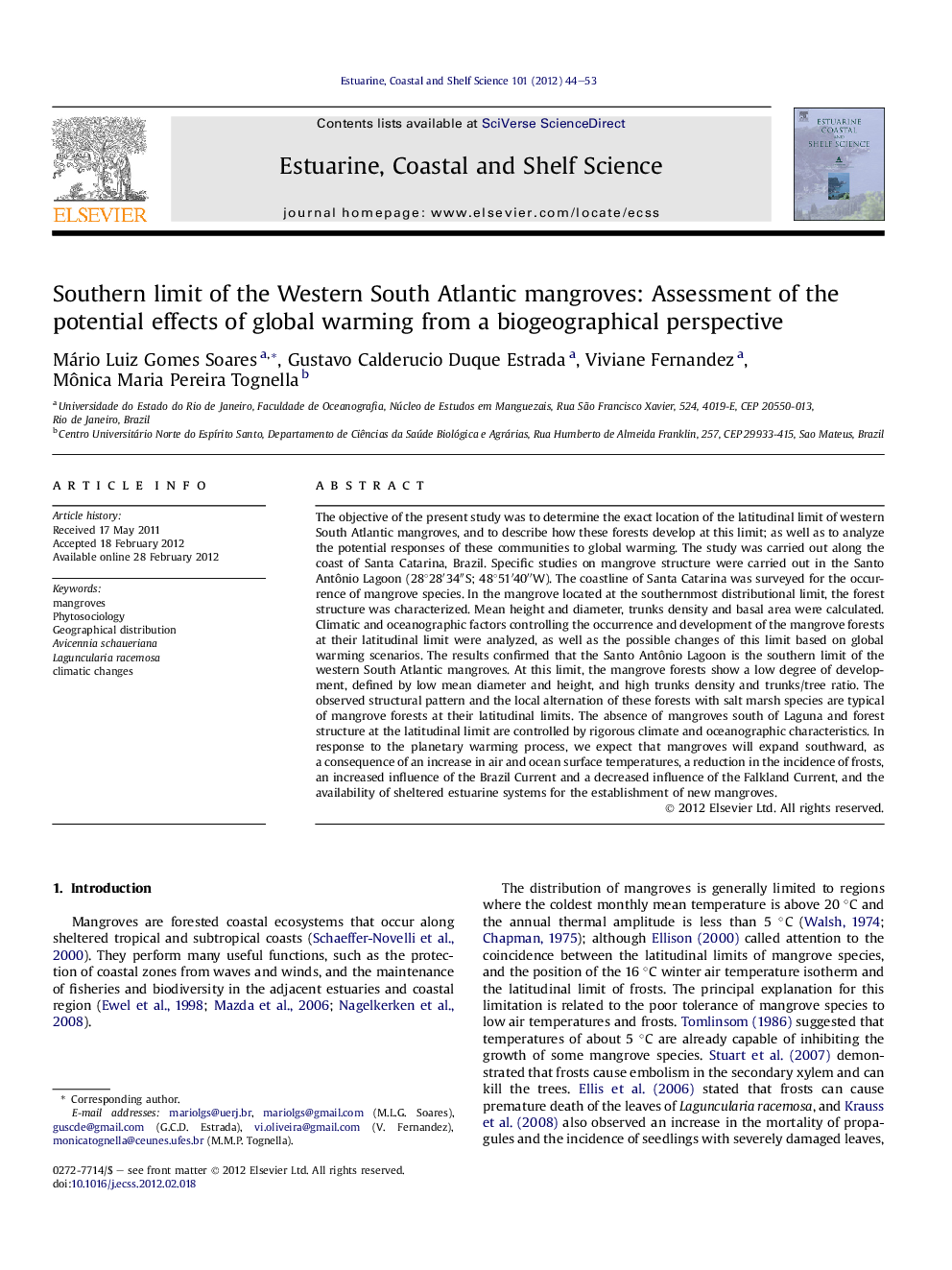 The objective of the present study was to determine the exact location of the latitudinal limit of western South Atlantic mangroves, and to describe how these forests develop at this limit; as well as to analyze the potential responses of these communities to global warming. The study was carried out along the coast of Santa Catarina, Brazil. Specific studies on mangrove structure were carried out in the Santo Antônio Lagoon (28°28′34″S; 48°51′40″W). The coastline of Santa Catarina was surveyed for the occurrence of mangrove species. In the mangrove located at the southernmost distributional limit, the forest structure was characterized. Mean height and diameter, trunks density and basal area were calculated. Climatic and oceanographic factors controlling the occurrence and development of the mangrove forests at their latitudinal limit were analyzed, as well as the possible changes of this limit based on global warming scenarios. The results confirmed that the Santo Antônio Lagoon is the southern limit of the western South Atlantic mangroves. At this limit, the mangrove forests show a low degree of development, defined by low mean diameter and height, and high trunks density and trunks/tree ratio. The observed structural pattern and the local alternation of these forests with salt marsh species are typical of mangrove forests at their latitudinal limits. The absence of mangroves south of Laguna and forest structure at the latitudinal limit are controlled by rigorous climate and oceanographic characteristics. In response to the planetary warming process, we expect that mangroves will expand southward, as a consequence of an increase in air and ocean surface temperatures, a reduction in the incidence of frosts, an increased influence of the Brazil Current and a decreased influence of the Falkland Current, and the availability of sheltered estuarine systems for the establishment of new mangroves.