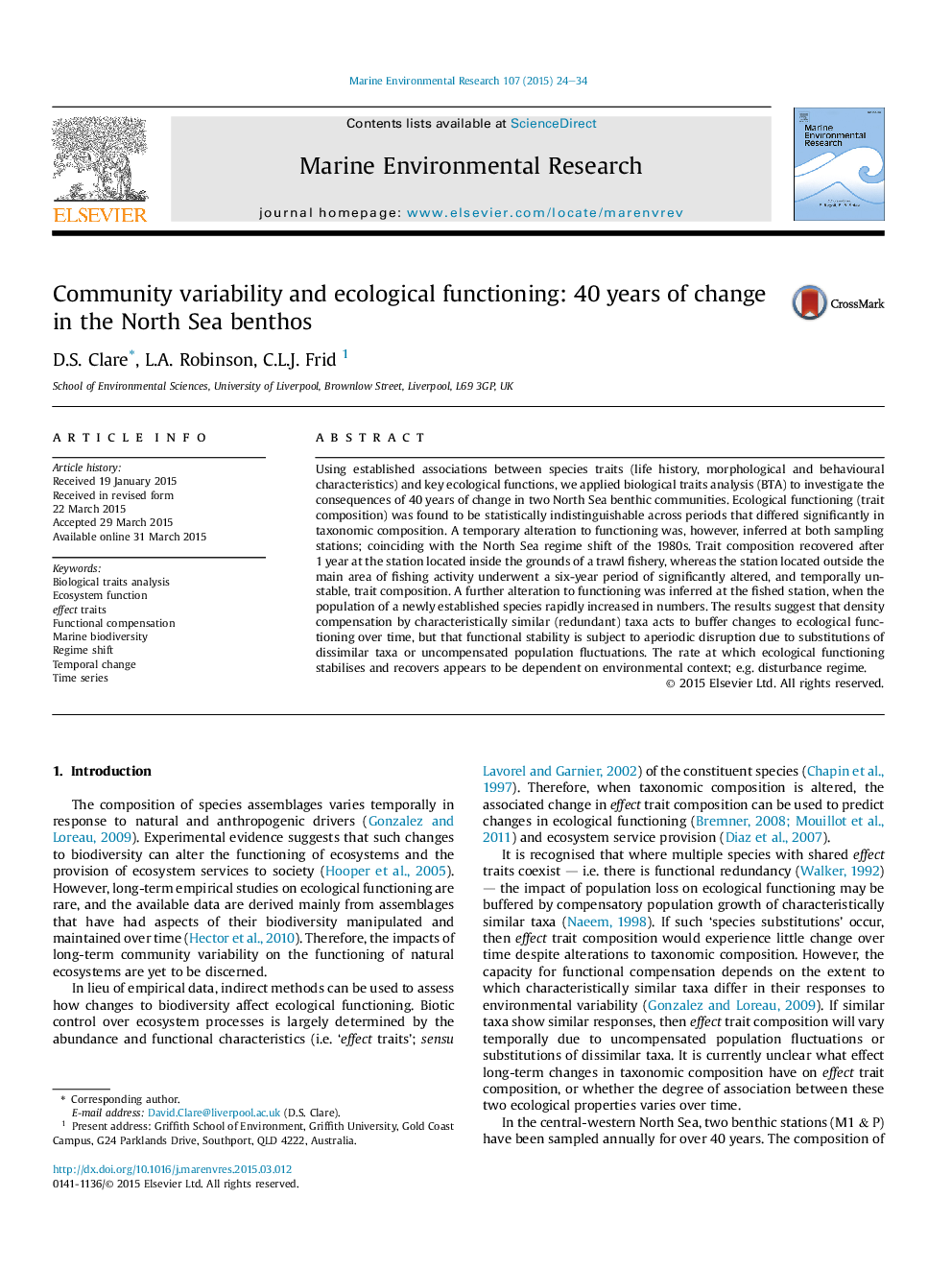 Using established associations between species traits (life history, morphological and behavioural characteristics) and key ecological functions, we applied biological traits analysis (BTA) to investigate the consequences of 40 years of change in two North Sea benthic communities. Ecological functioning (trait composition) was found to be statistically indistinguishable across periods that differed significantly in taxonomic composition. A temporary alteration to functioning was, however, inferred at both sampling stations; coinciding with the North Sea regime shift of the 1980s. Trait composition recovered after 1 year at the station located inside the grounds of a trawl fishery, whereas the station located outside the main area of fishing activity underwent a six-year period of significantly altered, and temporally unstable, trait composition. A further alteration to functioning was inferred at the fished station, when the population of a newly established species rapidly increased in numbers. The results suggest that density compensation by characteristically similar (redundant) taxa acts to buffer changes to ecological functioning over time, but that functional stability is subject to aperiodic disruption due to substitutions of dissimilar taxa or uncompensated population fluctuations. The rate at which ecological functioning stabilises and recovers appears to be dependent on environmental context; e.g. disturbance regime.