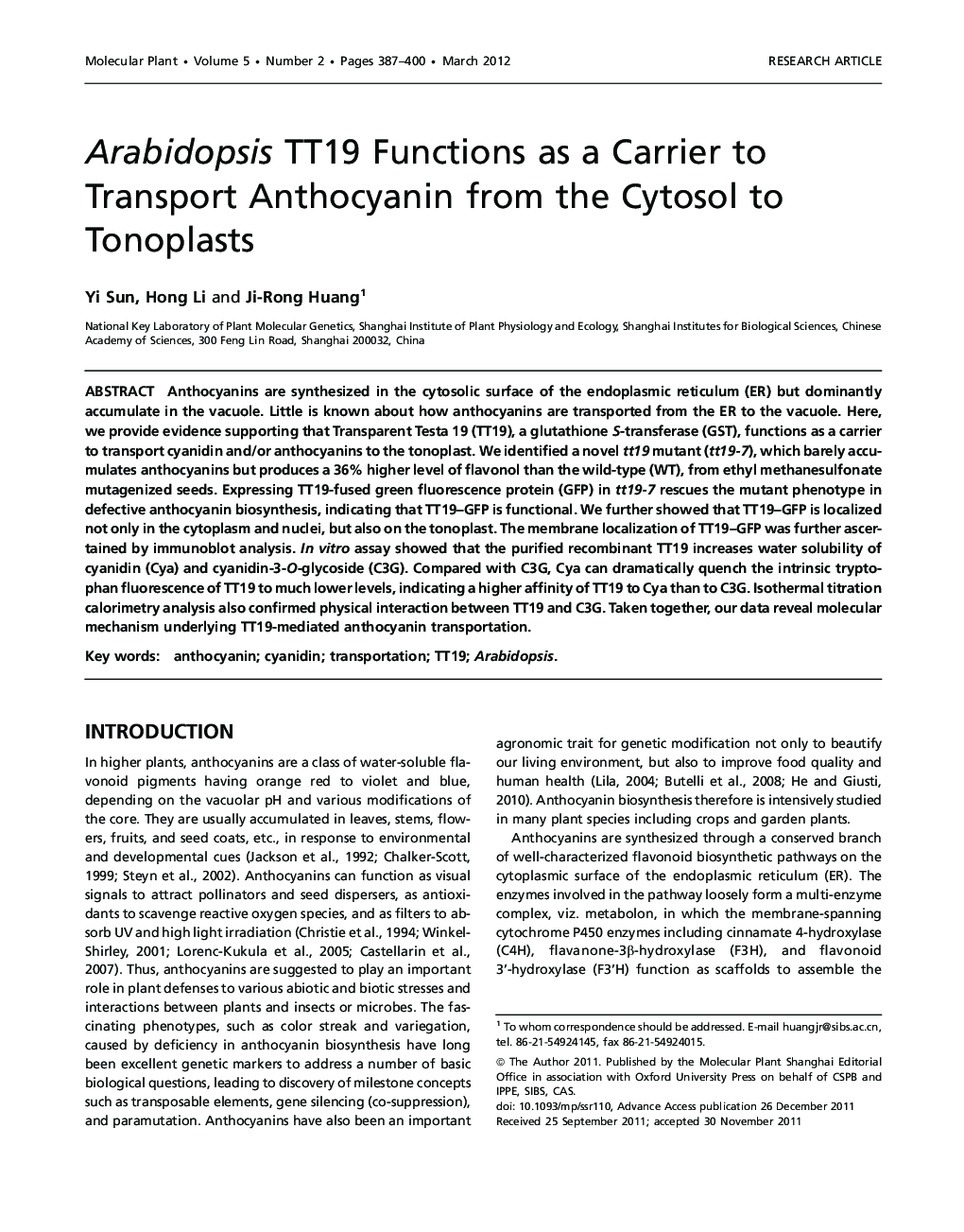 ABSTRACTAnthocyanins are synthesized in the cytosolic surface of the endoplasmic reticulum (ER) but dominantly accumulate in the vacuole. Little is known about how anthocyanins are transported from the ER to the vacuole. Here, we provide evidence supporting that Transparent Testa 19 (TT19), a glutathione S-transferase (GST), functions as a carrier to transport cyanidin and/or anthocyanins to the tonoplast. We identified a novel tt19 mutant (tt19-7), which barely accumulates anthocyanins but produces a 36% higher level of flavonol than the wild-type (WT), from ethyl methanesulfonate mutagenized seeds. Expressing TT19-fused green fluorescence protein (GFP) in tt19-7 rescues the mutant phenotype in defective anthocyanin biosynthesis, indicating that TT19–GFP is functional. We further showed that TT19–GFP is localized not only in the cytoplasm and nuclei, but also on the tonoplast. The membrane localization of TT19–GFP was further ascertained by immunoblot analysis. In vitro assay showed that the purified recombinant TT19 increases water solubility of cyanidin (Cya) and cyanidin-3-O-glycoside (C3G). Compared with C3G, Cya can dramatically quench the intrinsic tryptophan fluorescence of TT19 to much lower levels, indicating a higher affinity of TT19 to Cya than to C3G. Isothermal titration calorimetry analysis also confirmed physical interaction between TT19 and C3G. Taken together, our data reveal molecular mechanism underlying TT19-mediated anthocyanin transportation.