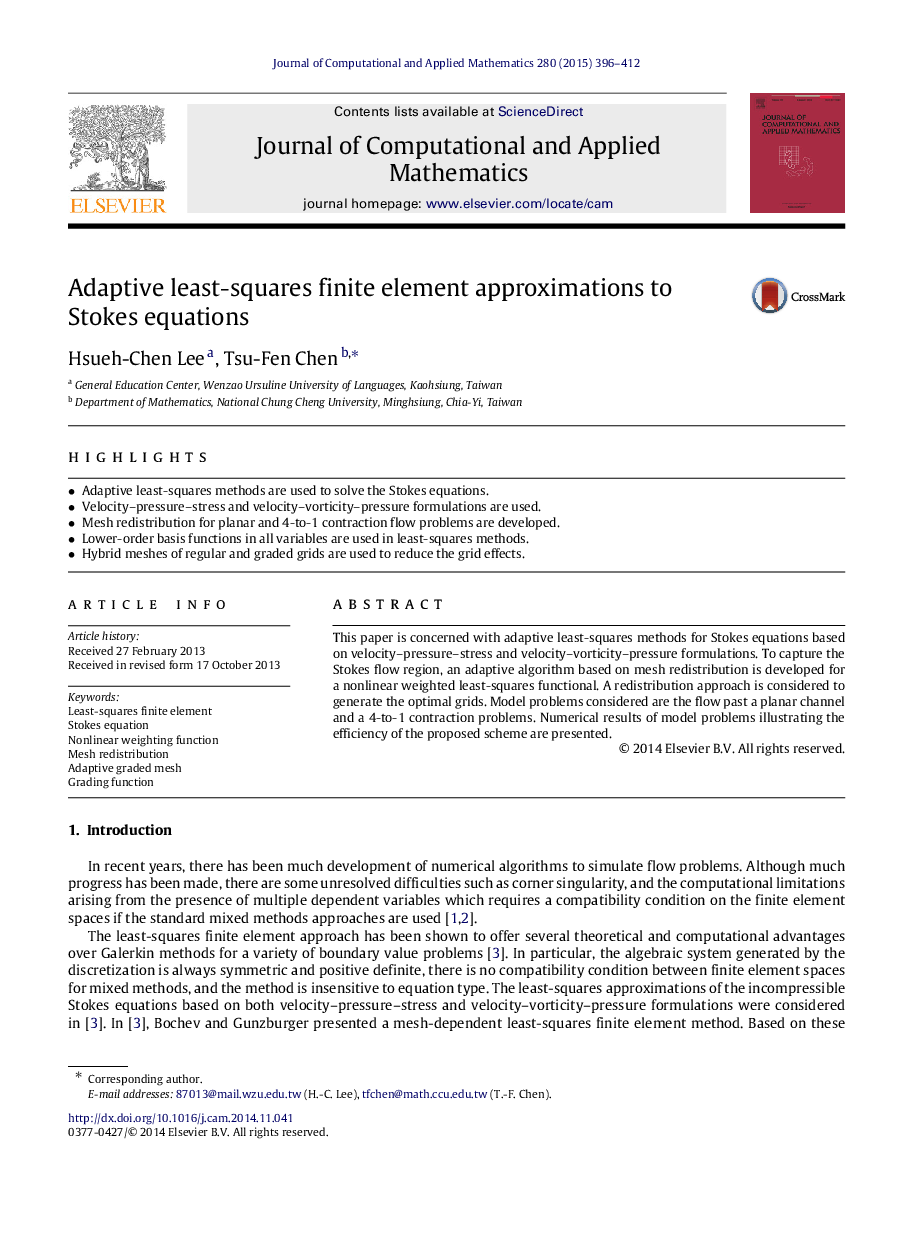 This paper is concerned with adaptive least-squares methods for Stokes equations based on velocity–pressure–stress and velocity–vorticity–pressure formulations. To capture the Stokes flow region, an adaptive algorithm based on mesh redistribution is developed for a nonlinear weighted least-squares functional. A redistribution approach is considered to generate the optimal grids. Model problems considered are the flow past a planar channel and a 4-to-1 contraction problems. Numerical results of model problems illustrating the efficiency of the proposed scheme are presented.