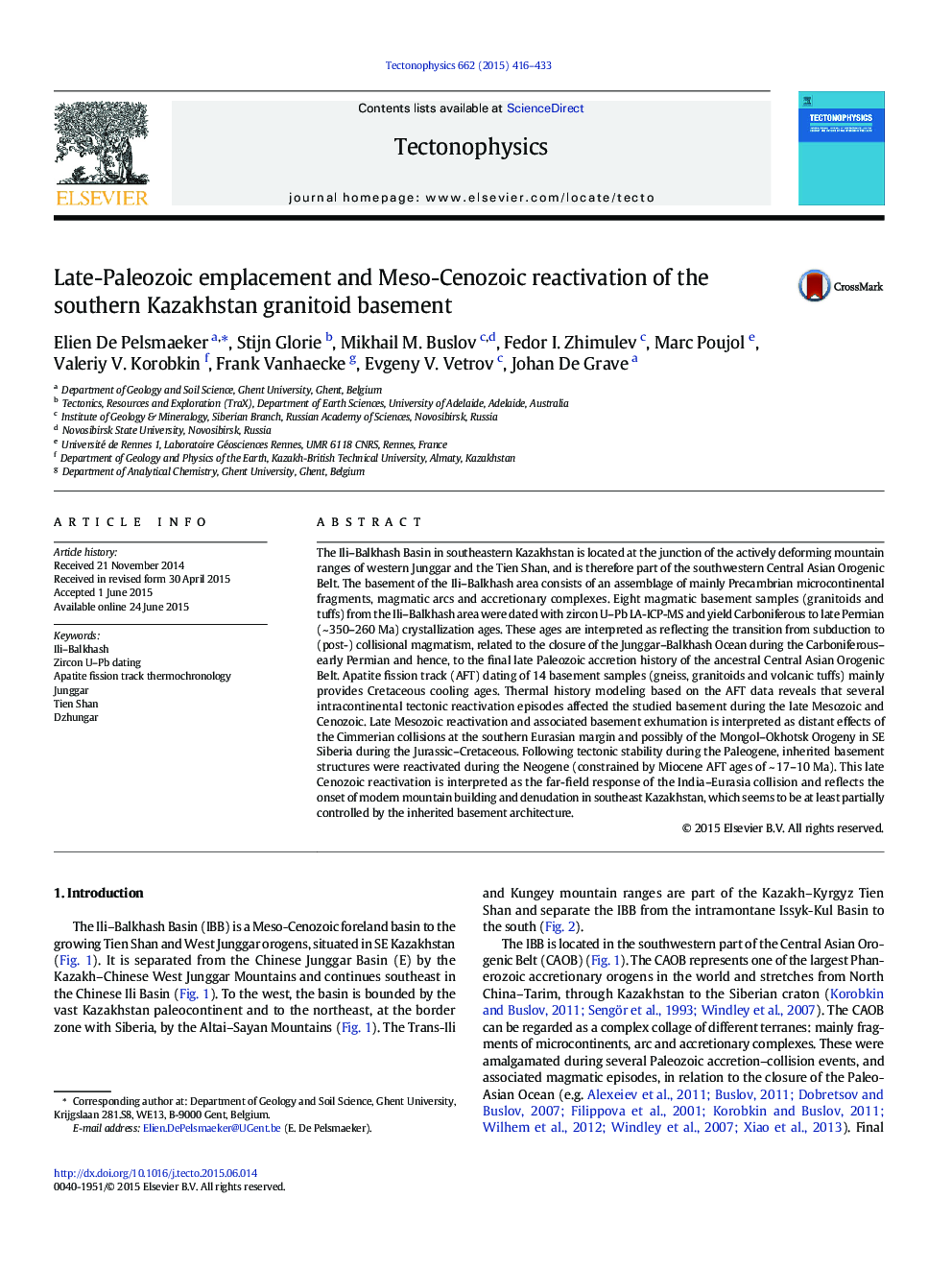 The Ili–Balkhash Basin in southeastern Kazakhstan is located at the junction of the actively deforming mountain ranges of western Junggar and the Tien Shan, and is therefore part of the southwestern Central Asian Orogenic Belt. The basement of the Ili–Balkhash area consists of an assemblage of mainly Precambrian microcontinental fragments, magmatic arcs and accretionary complexes. Eight magmatic basement samples (granitoids and tuffs) from the Ili–Balkhash area were dated with zircon U–Pb LA-ICP-MS and yield Carboniferous to late Permian (~ 350–260 Ma) crystallization ages. These ages are interpreted as reflecting the transition from subduction to (post-) collisional magmatism, related to the closure of the Junggar–Balkhash Ocean during the Carboniferous–early Permian and hence, to the final late Paleozoic accretion history of the ancestral Central Asian Orogenic Belt. Apatite fission track (AFT) dating of 14 basement samples (gneiss, granitoids and volcanic tuffs) mainly provides Cretaceous cooling ages. Thermal history modeling based on the AFT data reveals that several intracontinental tectonic reactivation episodes affected the studied basement during the late Mesozoic and Cenozoic. Late Mesozoic reactivation and associated basement exhumation is interpreted as distant effects of the Cimmerian collisions at the southern Eurasian margin and possibly of the Mongol–Okhotsk Orogeny in SE Siberia during the Jurassic–Cretaceous. Following tectonic stability during the Paleogene, inherited basement structures were reactivated during the Neogene (constrained by Miocene AFT ages of ~ 17–10 Ma). This late Cenozoic reactivation is interpreted as the far-field response of the India–Eurasia collision and reflects the onset of modern mountain building and denudation in southeast Kazakhstan, which seems to be at least partially controlled by the inherited basement architecture.