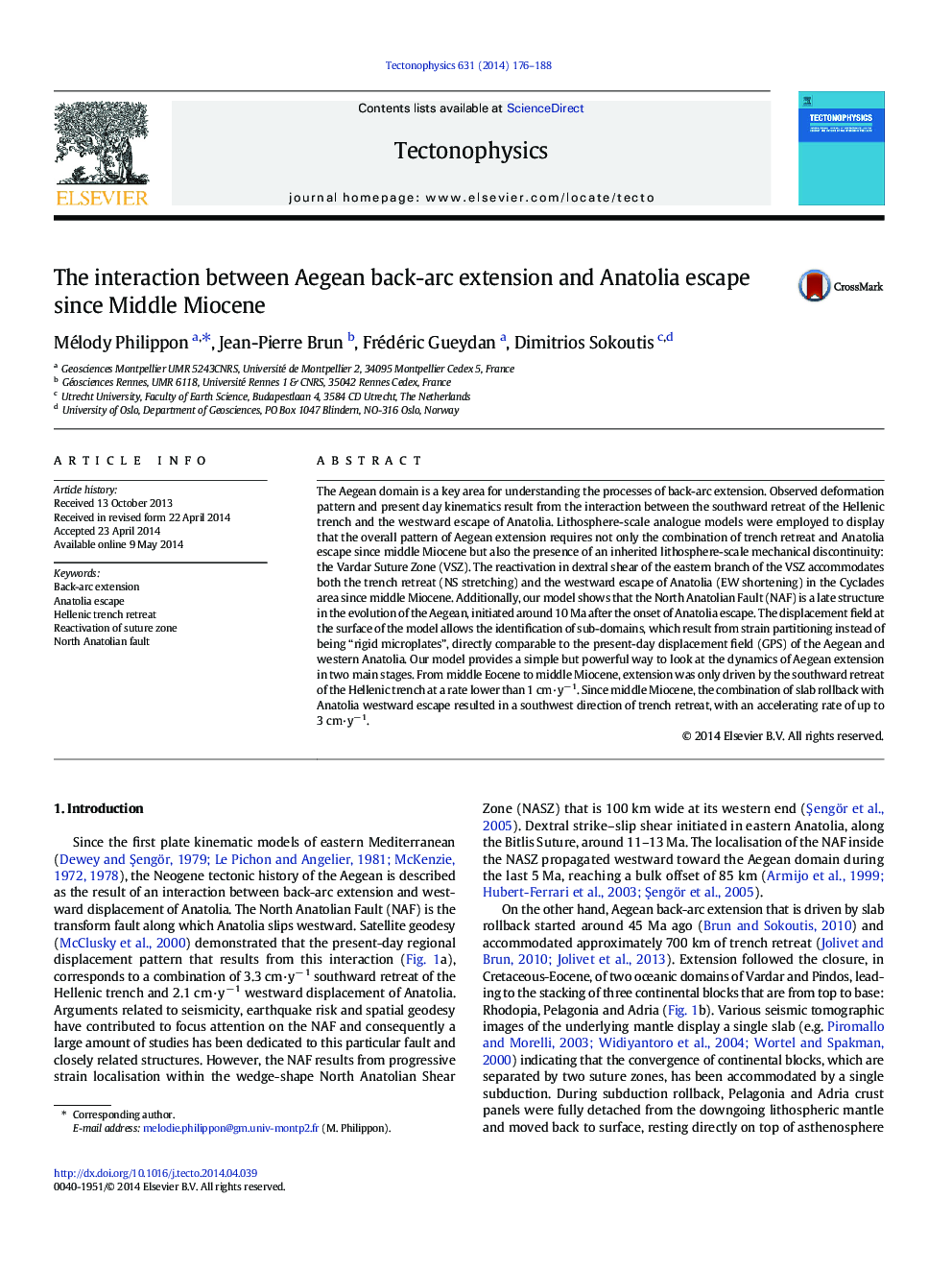 • The two stages tectonic evolution of the Aegean is investigated with analogue models.
• Relative timing and rates of trench retreat and Anatolia escape have been tested.
• Models show that inherited structures accommodated the early stages of deformation.
• Models confirm that North Anatolian fault is a late structure (5 Ma).
• Finally, models reproduce the microplates observed in the Aegean with GPS.

The Aegean domain is a key area for understanding the processes of back-arc extension. Observed deformation pattern and present day kinematics result from the interaction between the southward retreat of the Hellenic trench and the westward escape of Anatolia. Lithosphere-scale analogue models were employed to display that the overall pattern of Aegean extension requires not only the combination of trench retreat and Anatolia escape since middle Miocene but also the presence of an inherited lithosphere-scale mechanical discontinuity: the Vardar Suture Zone (VSZ). The reactivation in dextral shear of the eastern branch of the VSZ accommodates both the trench retreat (NS stretching) and the westward escape of Anatolia (EW shortening) in the Cyclades area since middle Miocene. Additionally, our model shows that the North Anatolian Fault (NAF) is a late structure in the evolution of the Aegean, initiated around 10 Ma after the onset of Anatolia escape. The displacement field at the surface of the model allows the identification of sub-domains, which result from strain partitioning instead of being “rigid microplates”, directly comparable to the present-day displacement field (GPS) of the Aegean and western Anatolia. Our model provides a simple but powerful way to look at the dynamics of Aegean extension in two main stages. From middle Eocene to middle Miocene, extension was only driven by the southward retreat of the Hellenic trench at a rate lower than 1 cm·y− 1. Since middle Miocene, the combination of slab rollback with Anatolia westward escape resulted in a southwest direction of trench retreat, with an accelerating rate of up to 3 cm·y− 1.