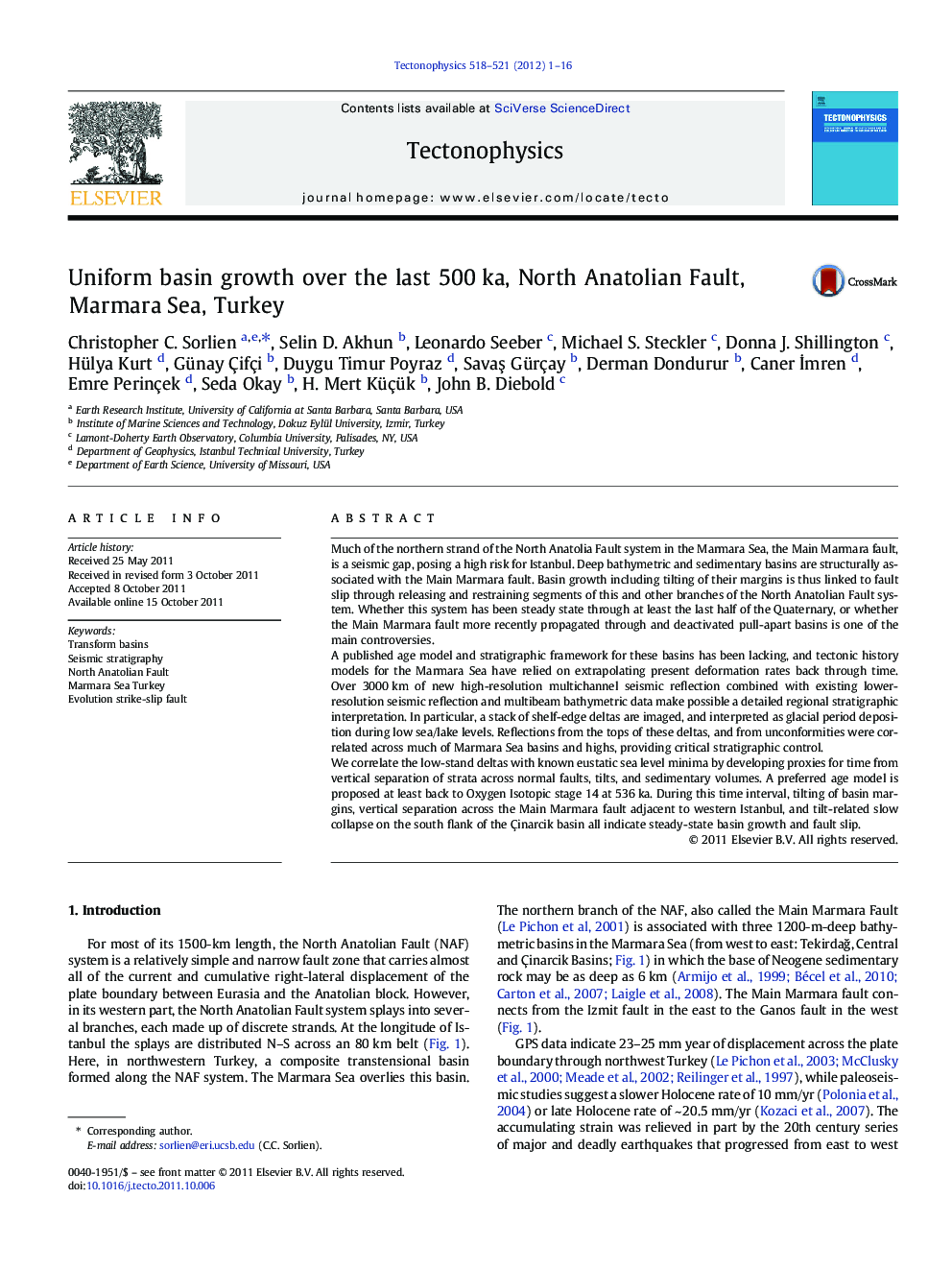 Much of the northern strand of the North Anatolia Fault system in the Marmara Sea, the Main Marmara fault, is a seismic gap, posing a high risk for Istanbul. Deep bathymetric and sedimentary basins are structurally associated with the Main Marmara fault. Basin growth including tilting of their margins is thus linked to fault slip through releasing and restraining segments of this and other branches of the North Anatolian Fault system. Whether this system has been steady state through at least the last half of the Quaternary, or whether the Main Marmara fault more recently propagated through and deactivated pull-apart basins is one of the main controversies.A published age model and stratigraphic framework for these basins has been lacking, and tectonic history models for the Marmara Sea have relied on extrapolating present deformation rates back through time. Over 3000 km of new high-resolution multichannel seismic reflection combined with existing lower-resolution seismic reflection and multibeam bathymetric data make possible a detailed regional stratigraphic interpretation. In particular, a stack of shelf-edge deltas are imaged, and interpreted as glacial period deposition during low sea/lake levels. Reflections from the tops of these deltas, and from unconformities were correlated across much of Marmara Sea basins and highs, providing critical stratigraphic control.We correlate the low-stand deltas with known eustatic sea level minima by developing proxies for time from vertical separation of strata across normal faults, tilts, and sedimentary volumes. A preferred age model is proposed at least back to Oxygen Isotopic stage 14 at 536 ka. During this time interval, tilting of basin margins, vertical separation across the Main Marmara fault adjacent to western Istanbul, and tilt-related slow collapse on the south flank of the Çinarcik basin all indicate steady-state basin growth and fault slip.