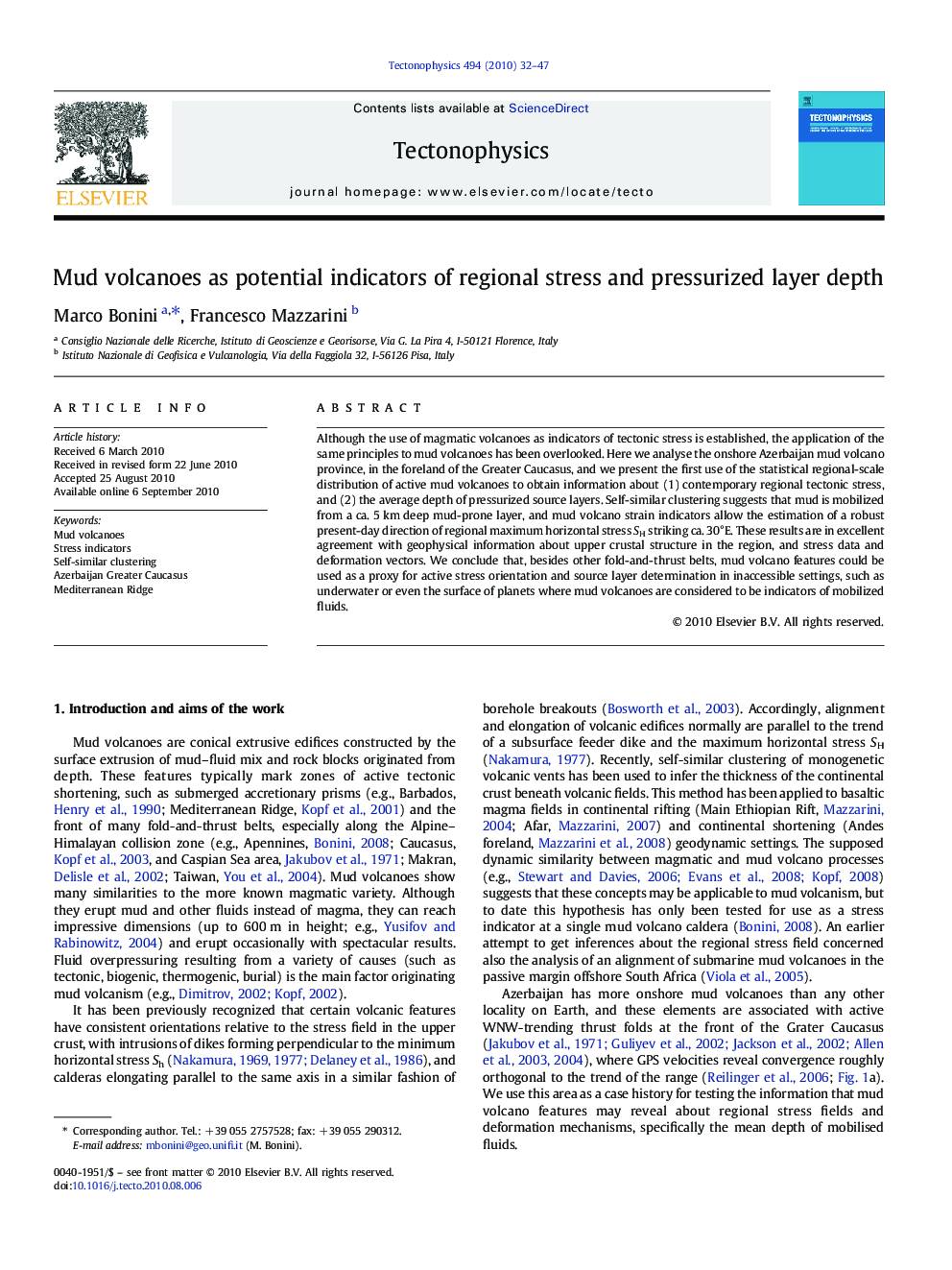 Although the use of magmatic volcanoes as indicators of tectonic stress is established, the application of the same principles to mud volcanoes has been overlooked. Here we analyse the onshore Azerbaijan mud volcano province, in the foreland of the Greater Caucasus, and we present the first use of the statistical regional-scale distribution of active mud volcanoes to obtain information about (1) contemporary regional tectonic stress, and (2) the average depth of pressurized source layers. Self-similar clustering suggests that mud is mobilized from a ca. 5 km deep mud-prone layer, and mud volcano strain indicators allow the estimation of a robust present-day direction of regional maximum horizontal stress SH striking ca. 30°E. These results are in excellent agreement with geophysical information about upper crustal structure in the region, and stress data and deformation vectors. We conclude that, besides other fold-and-thrust belts, mud volcano features could be used as a proxy for active stress orientation and source layer determination in inaccessible settings, such as underwater or even the surface of planets where mud volcanoes are considered to be indicators of mobilized fluids.