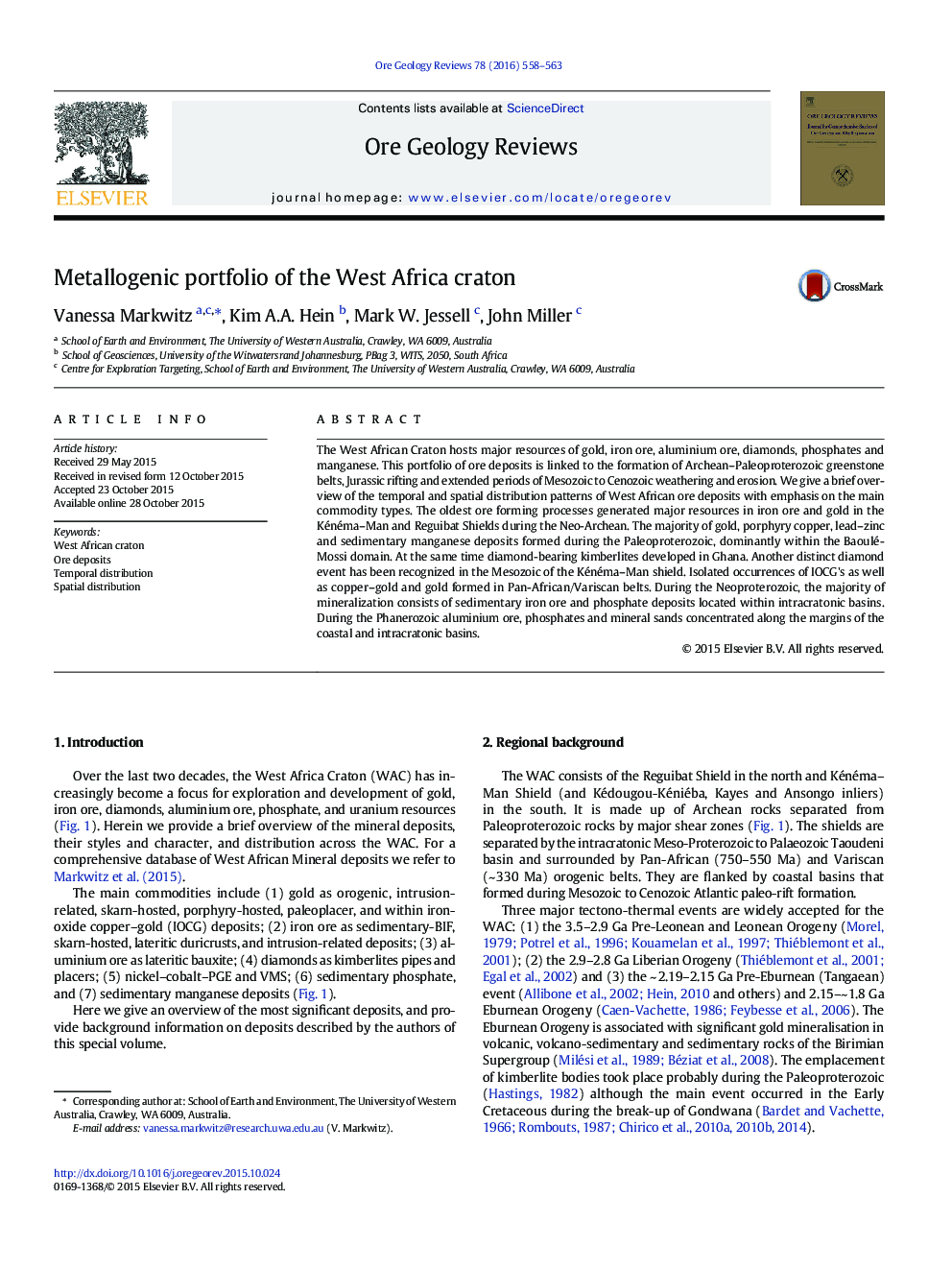 The West African Craton hosts major resources of gold, iron ore, aluminium ore, diamonds, phosphates and manganese. This portfolio of ore deposits is linked to the formation of Archean–Paleoproterozoic greenstone belts, Jurassic rifting and extended periods of Mesozoic to Cenozoic weathering and erosion. We give a brief overview of the temporal and spatial distribution patterns of West African ore deposits with emphasis on the main commodity types. The oldest ore forming processes generated major resources in iron ore and gold in the Kénéma–Man and Reguibat Shields during the Neo-Archean. The majority of gold, porphyry copper, lead–zinc and sedimentary manganese deposits formed during the Paleoproterozoic, dominantly within the Baoulé-Mossi domain. At the same time diamond-bearing kimberlites developed in Ghana. Another distinct diamond event has been recognized in the Mesozoic of the Kénéma–Man shield. Isolated occurrences of IOCG's as well as copper–gold and gold formed in Pan-African/Variscan belts. During the Neoproterozoic, the majority of mineralization consists of sedimentary iron ore and phosphate deposits located within intracratonic basins. During the Phanerozoic aluminium ore, phosphates and mineral sands concentrated along the margins of the coastal and intracratonic basins.