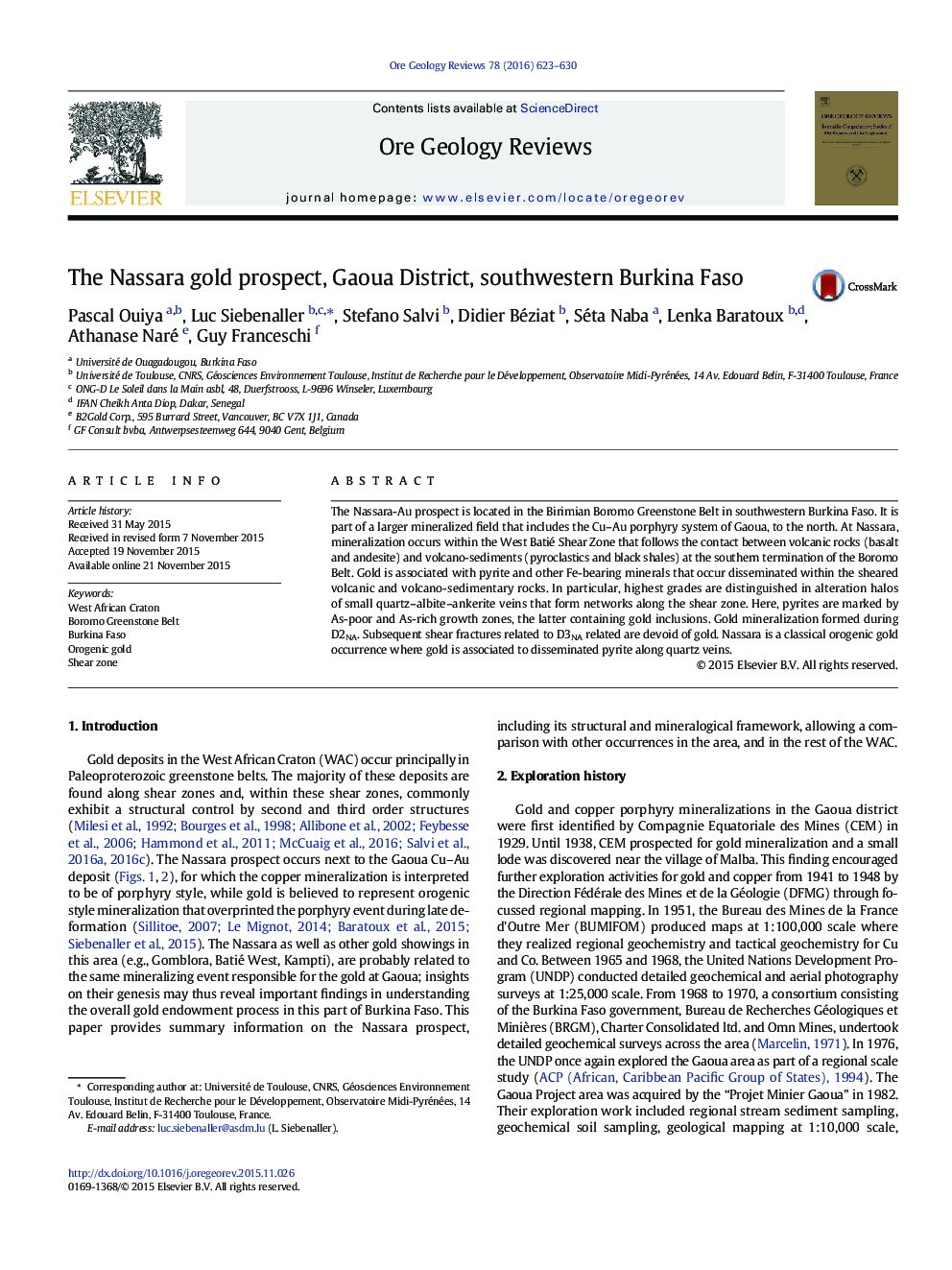 • First publication on the Nassara Au-prospect
• Mineralization at the contact between massive basalts and black-shales
• Zoned pyrites: As-poor and inclusion-rich cores and As-rich rims
• Gold as inclusions within pyrite and other Fe-rich minerals

The Nassara-Au prospect is located in the Birimian Boromo Greenstone Belt in southwestern Burkina Faso. It is part of a larger mineralized field that includes the Cu–Au porphyry system of Gaoua, to the north. At Nassara, mineralization occurs within the West Batié Shear Zone that follows the contact between volcanic rocks (basalt and andesite) and volcano-sediments (pyroclastics and black shales) at the southern termination of the Boromo Belt. Gold is associated with pyrite and other Fe-bearing minerals that occur disseminated within the sheared volcanic and volcano-sedimentary rocks. In particular, highest grades are distinguished in alteration halos of small quartz–albite–ankerite veins that form networks along the shear zone. Here, pyrites are marked by As-poor and As-rich growth zones, the latter containing gold inclusions. Gold mineralization formed during D2NA. Subsequent shear fractures related to D3NA related are devoid of gold. Nassara is a classical orogenic gold occurrence where gold is associated to disseminated pyrite along quartz veins.