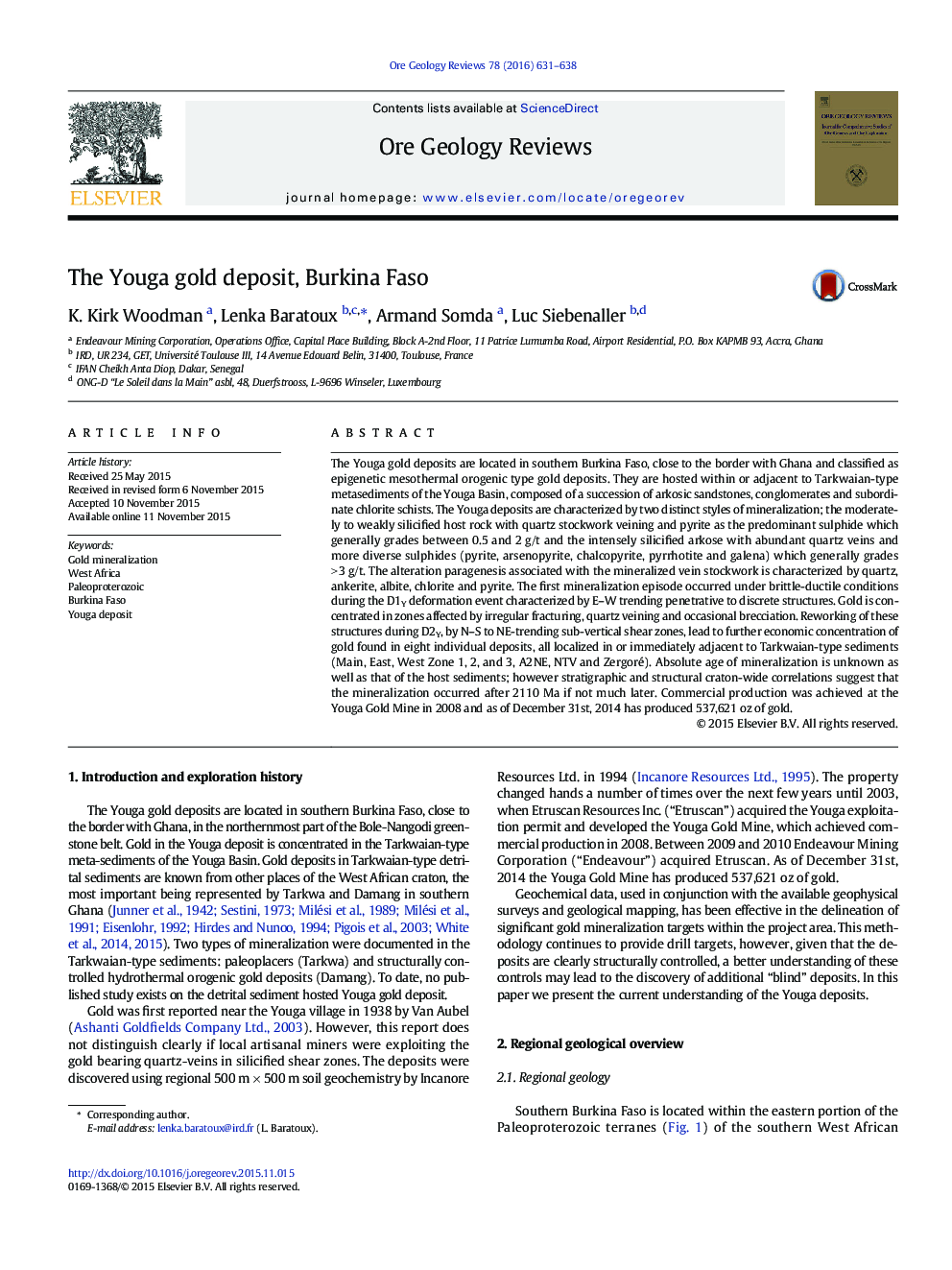 The Youga gold deposits are located in southern Burkina Faso, close to the border with Ghana and classified as epigenetic mesothermal orogenic type gold deposits. They are hosted within or adjacent to Tarkwaian-type metasediments of the Youga Basin, composed of a succession of arkosic sandstones, conglomerates and subordinate chlorite schists. The Youga deposits are characterized by two distinct styles of mineralization; the moderately to weakly silicified host rock with quartz stockwork veining and pyrite as the predominant sulphide which generally grades between 0.5 and 2 g/t and the intensely silicified arkose with abundant quartz veins and more diverse sulphides (pyrite, arsenopyrite, chalcopyrite, pyrrhotite and galena) which generally grades > 3 g/t. The alteration paragenesis associated with the mineralized vein stockwork is characterized by quartz, ankerite, albite, chlorite and pyrite. The first mineralization episode occurred under brittle-ductile conditions during the D1Y deformation event characterized by E–W trending penetrative to discrete structures. Gold is concentrated in zones affected by irregular fracturing, quartz veining and occasional brecciation. Reworking of these structures during D2Y, by N–S to NE-trending sub-vertical shear zones, lead to further economic concentration of gold found in eight individual deposits, all localized in or immediately adjacent to Tarkwaian-type sediments (Main, East, West Zone 1, 2, and 3, A2NE, NTV and Zergoré). Absolute age of mineralization is unknown as well as that of the host sediments; however stratigraphic and structural craton-wide correlations suggest that the mineralization occurred after 2110 Ma if not much later. Commercial production was achieved at the Youga Gold Mine in 2008 and as of December 31st, 2014 has produced 537,621 oz of gold.