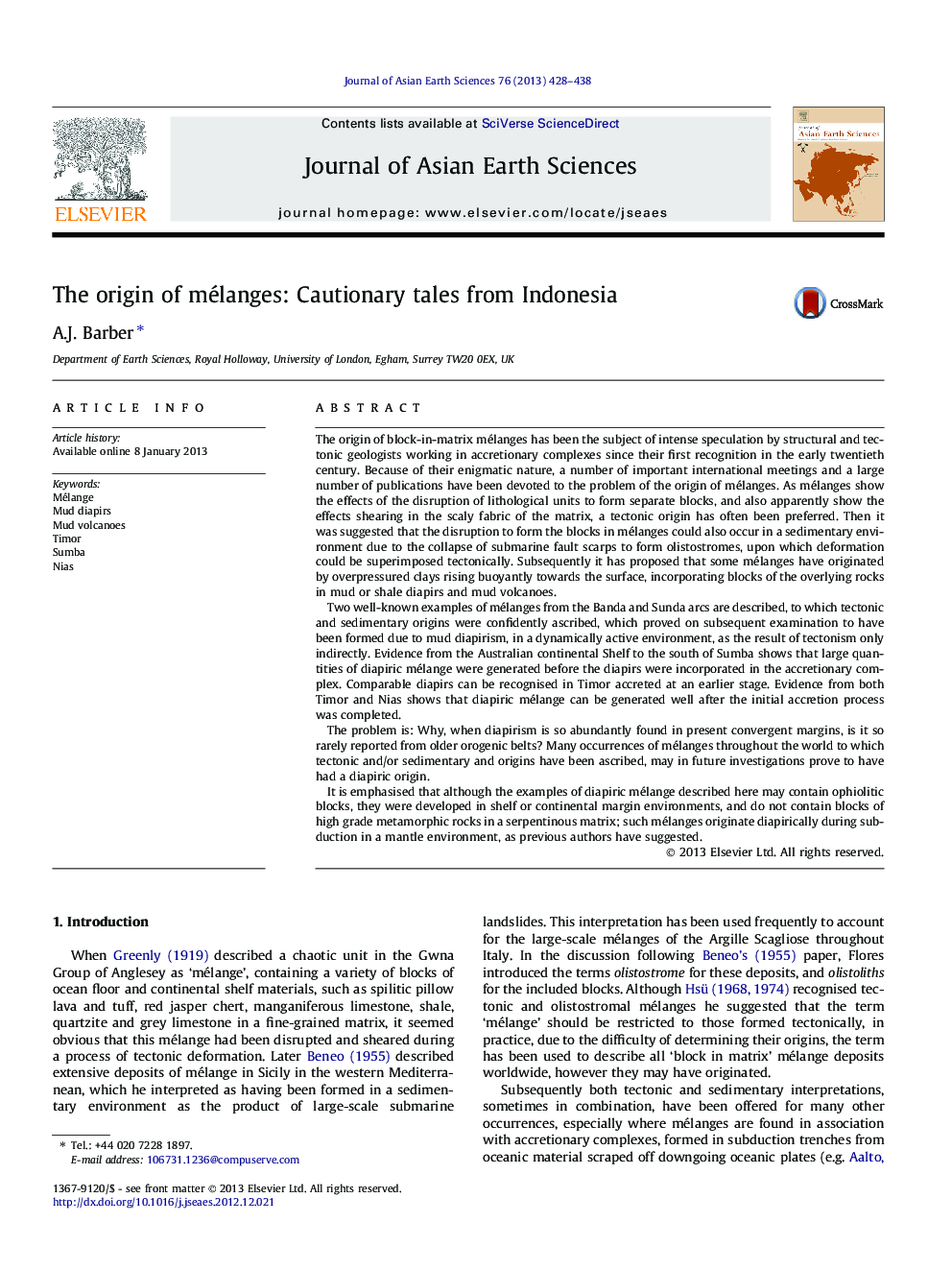 The origin of block-in-matrix mélanges has been the subject of intense speculation by structural and tectonic geologists working in accretionary complexes since their first recognition in the early twentieth century. Because of their enigmatic nature, a number of important international meetings and a large number of publications have been devoted to the problem of the origin of mélanges. As mélanges show the effects of the disruption of lithological units to form separate blocks, and also apparently show the effects shearing in the scaly fabric of the matrix, a tectonic origin has often been preferred. Then it was suggested that the disruption to form the blocks in mélanges could also occur in a sedimentary environment due to the collapse of submarine fault scarps to form olistostromes, upon which deformation could be superimposed tectonically. Subsequently it has proposed that some mélanges have originated by overpressured clays rising buoyantly towards the surface, incorporating blocks of the overlying rocks in mud or shale diapirs and mud volcanoes.Two well-known examples of mélanges from the Banda and Sunda arcs are described, to which tectonic and sedimentary origins were confidently ascribed, which proved on subsequent examination to have been formed due to mud diapirism, in a dynamically active environment, as the result of tectonism only indirectly. Evidence from the Australian continental Shelf to the south of Sumba shows that large quantities of diapiric mélange were generated before the diapirs were incorporated in the accretionary complex. Comparable diapirs can be recognised in Timor accreted at an earlier stage. Evidence from both Timor and Nias shows that diapiric mélange can be generated well after the initial accretion process was completed.The problem is: Why, when diapirism is so abundantly found in present convergent margins, is it so rarely reported from older orogenic belts? Many occurrences of mélanges throughout the world to which tectonic and/or sedimentary and origins have been ascribed, may in future investigations prove to have had a diapiric origin.It is emphasised that although the examples of diapiric mélange described here may contain ophiolitic blocks, they were developed in shelf or continental margin environments, and do not contain blocks of high grade metamorphic rocks in a serpentinous matrix; such mélanges originate diapirically during subduction in a mantle environment, as previous authors have suggested.