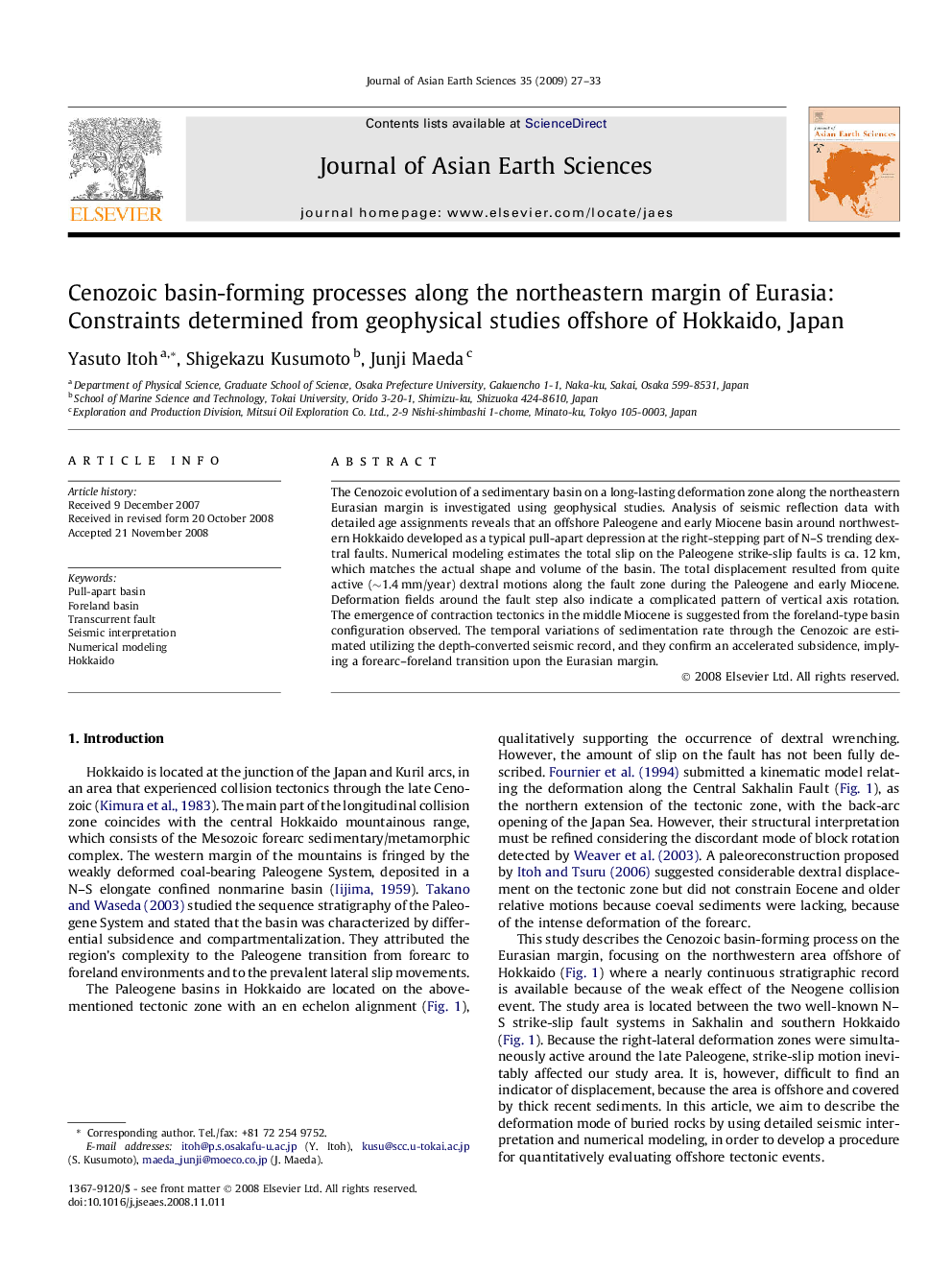 The Cenozoic evolution of a sedimentary basin on a long-lasting deformation zone along the northeastern Eurasian margin is investigated using geophysical studies. Analysis of seismic reflection data with detailed age assignments reveals that an offshore Paleogene and early Miocene basin around northwestern Hokkaido developed as a typical pull-apart depression at the right-stepping part of N–S trending dextral faults. Numerical modeling estimates the total slip on the Paleogene strike-slip faults is ca. 12 km, which matches the actual shape and volume of the basin. The total displacement resulted from quite active (∼1.4 mm/year) dextral motions along the fault zone during the Paleogene and early Miocene. Deformation fields around the fault step also indicate a complicated pattern of vertical axis rotation. The emergence of contraction tectonics in the middle Miocene is suggested from the foreland-type basin configuration observed. The temporal variations of sedimentation rate through the Cenozoic are estimated utilizing the depth-converted seismic record, and they confirm an accelerated subsidence, implying a forearc–foreland transition upon the Eurasian margin.