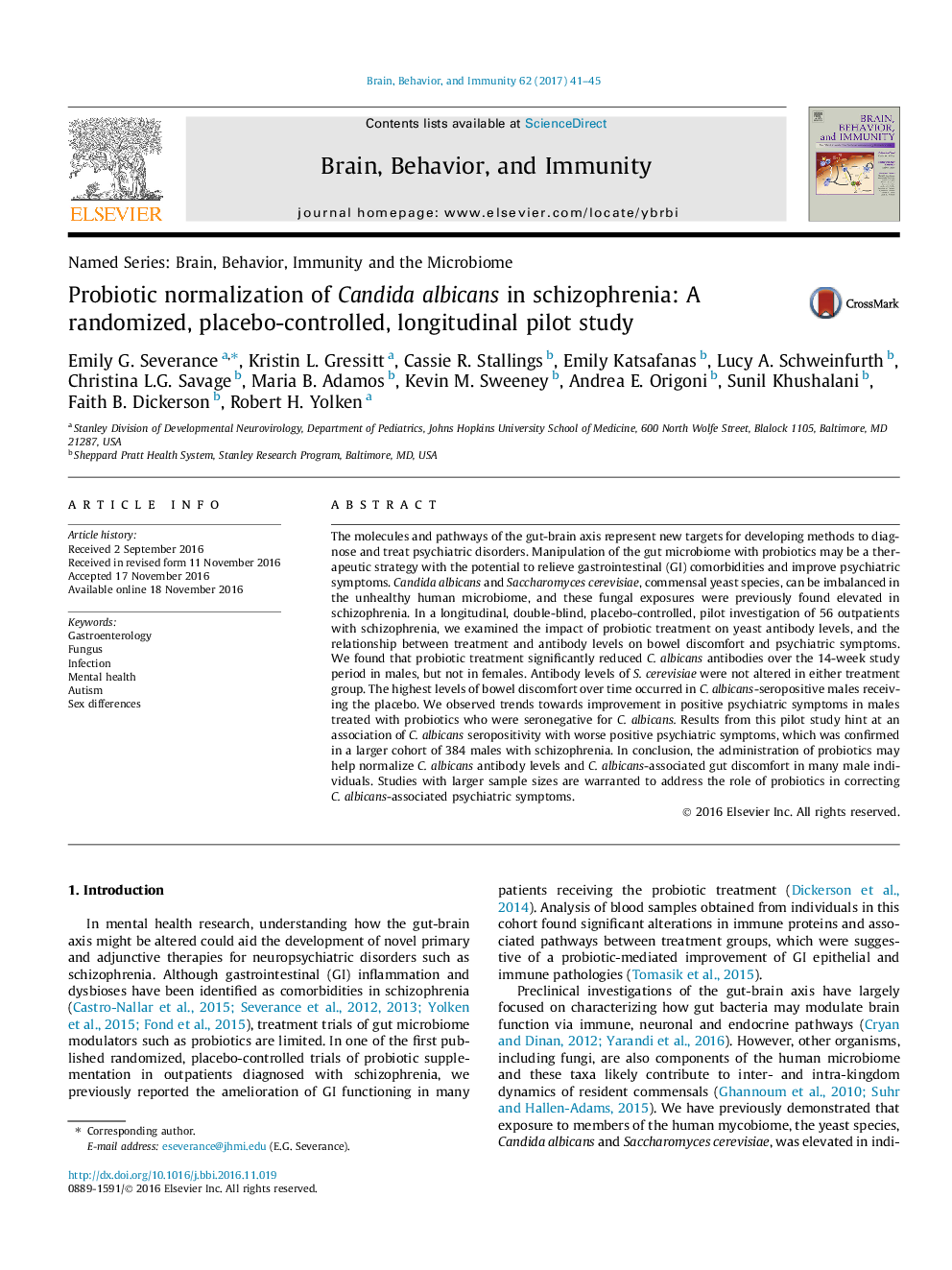 The molecules and pathways of the gut-brain axis represent new targets for developing methods to diagnose and treat psychiatric disorders. Manipulation of the gut microbiome with probiotics may be a therapeutic strategy with the potential to relieve gastrointestinal (GI) comorbidities and improve psychiatric symptoms. Candida albicans and Saccharomyces cerevisiae, commensal yeast species, can be imbalanced in the unhealthy human microbiome, and these fungal exposures were previously found elevated in schizophrenia. In a longitudinal, double-blind, placebo-controlled, pilot investigation of 56 outpatients with schizophrenia, we examined the impact of probiotic treatment on yeast antibody levels, and the relationship between treatment and antibody levels on bowel discomfort and psychiatric symptoms. We found that probiotic treatment significantly reduced C. albicans antibodies over the 14-week study period in males, but not in females. Antibody levels of S. cerevisiae were not altered in either treatment group. The highest levels of bowel discomfort over time occurred in C. albicans-seropositive males receiving the placebo. We observed trends towards improvement in positive psychiatric symptoms in males treated with probiotics who were seronegative for C. albicans. Results from this pilot study hint at an association of C. albicans seropositivity with worse positive psychiatric symptoms, which was confirmed in a larger cohort of 384 males with schizophrenia. In conclusion, the administration of probiotics may help normalize C. albicans antibody levels and C. albicans-associated gut discomfort in many male individuals. Studies with larger sample sizes are warranted to address the role of probiotics in correcting C. albicans-associated psychiatric symptoms.