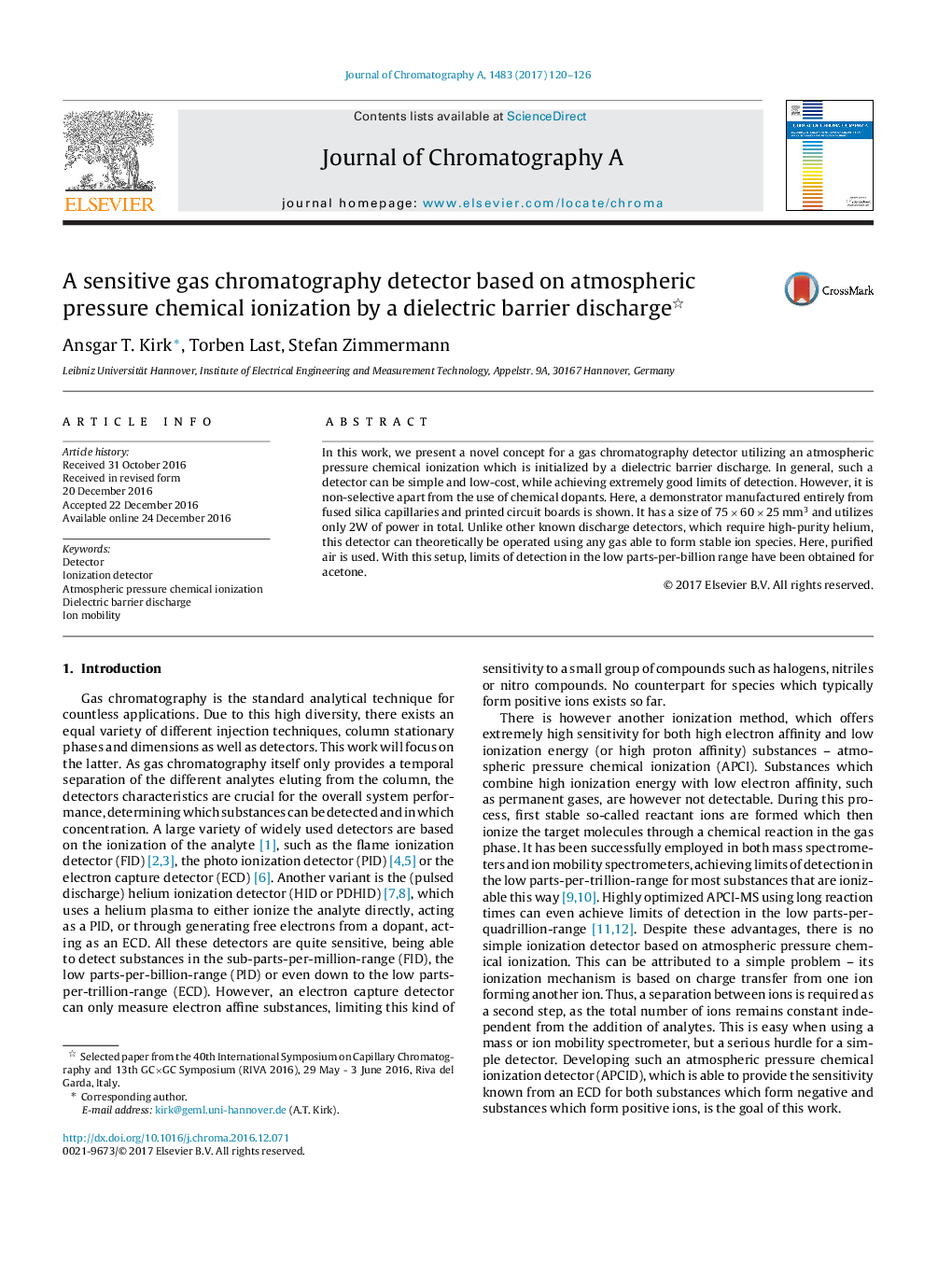 - A new GC-detector based on atmospheric pressure chemical ionization is proposed.
- A demonstrator with a total size of 75Â ÃÂ 60Â ÃÂ 25Â mm3 is shown.
- Limits of detection in the low ppbv-range are achieved.

In this work, we present a novel concept for a gas chromatography detector utilizing an atmospheric pressure chemical ionization which is initialized by a dielectric barrier discharge. In general, such a detector can be simple and low-cost, while achieving extremely good limits of detection. However, it is non-selective apart from the use of chemical dopants. Here, a demonstrator manufactured entirely from fused silica capillaries and printed circuit boards is shown. It has a size of 75Â ÃÂ 60Â ÃÂ 25Â mm3 and utilizes only 2W of power in total. Unlike other known discharge detectors, which require high-purity helium, this detector can theoretically be operated using any gas able to form stable ion species. Here, purified air is used. With this setup, limits of detection in the low parts-per-billion range have been obtained for acetone.