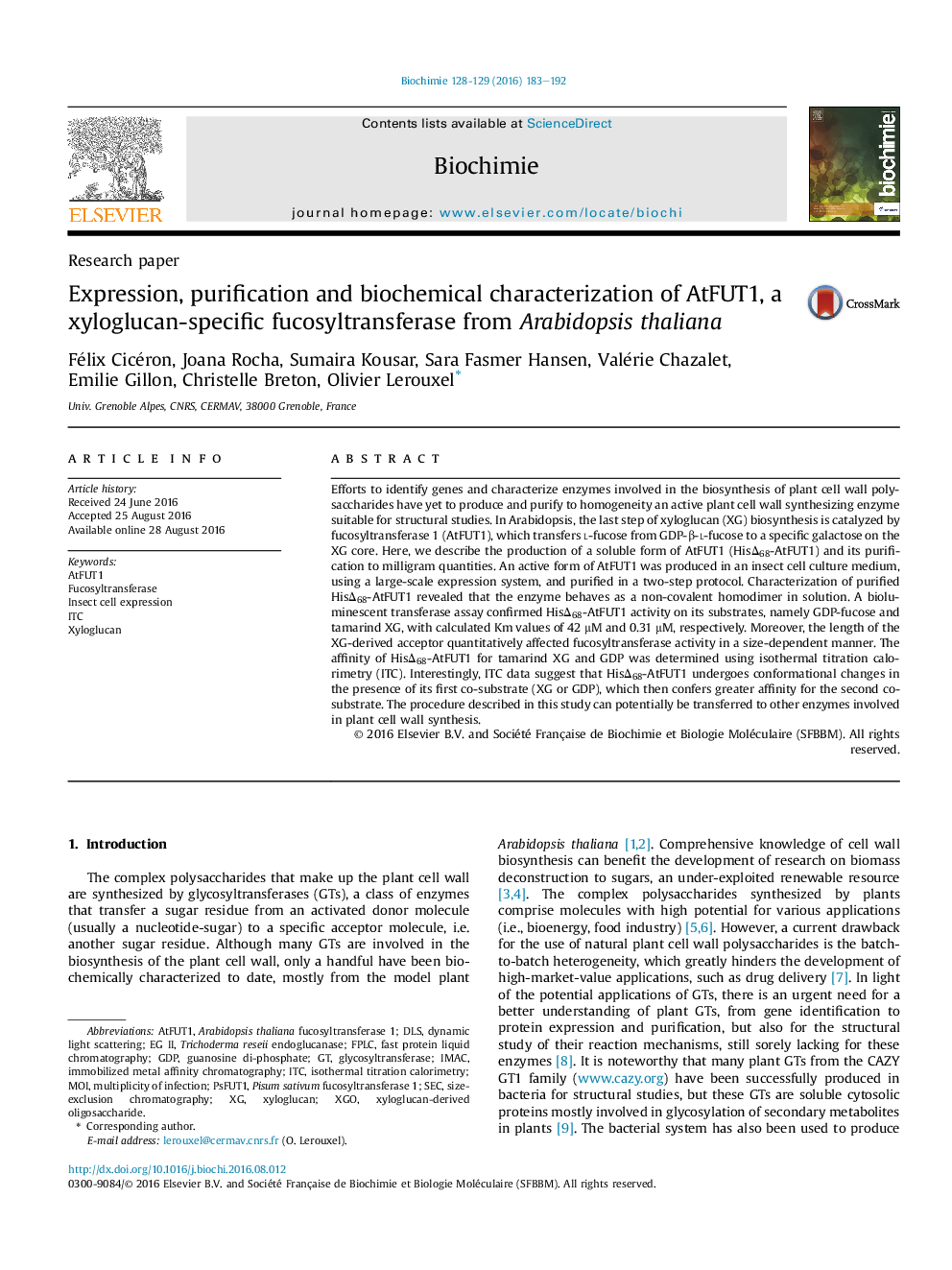 Efforts to identify genes and characterize enzymes involved in the biosynthesis of plant cell wall polysaccharides have yet to produce and purify to homogeneity an active plant cell wall synthesizing enzyme suitable for structural studies. In Arabidopsis, the last step of xyloglucan (XG) biosynthesis is catalyzed by fucosyltransferase 1 (AtFUT1), which transfers l-fucose from GDP-Î²-l-fucose to a specific galactose on the XG core. Here, we describe the production of a soluble form of AtFUT1 (HisÎ68-AtFUT1) and its purification to milligram quantities. An active form of AtFUT1 was produced in an insect cell culture medium, using a large-scale expression system, and purified in a two-step protocol. Characterization of purified HisÎ68-AtFUT1 revealed that the enzyme behaves as a non-covalent homodimer in solution. A bioluminescent transferase assay confirmed HisÎ68-AtFUT1 activity on its substrates, namely GDP-fucose and tamarind XG, with calculated Km values of 42Â Î¼M and 0.31Â Î¼M, respectively. Moreover, the length of the XG-derived acceptor quantitatively affected fucosyltransferase activity in a size-dependent manner. The affinity of HisÎ68-AtFUT1 for tamarind XG and GDP was determined using isothermal titration calorimetry (ITC). Interestingly, ITC data suggest that HisÎ68-AtFUT1 undergoes conformational changes in the presence of its first co-substrate (XG or GDP), which then confers greater affinity for the second co-substrate. The procedure described in this study can potentially be transferred to other enzymes involved in plant cell wall synthesis.