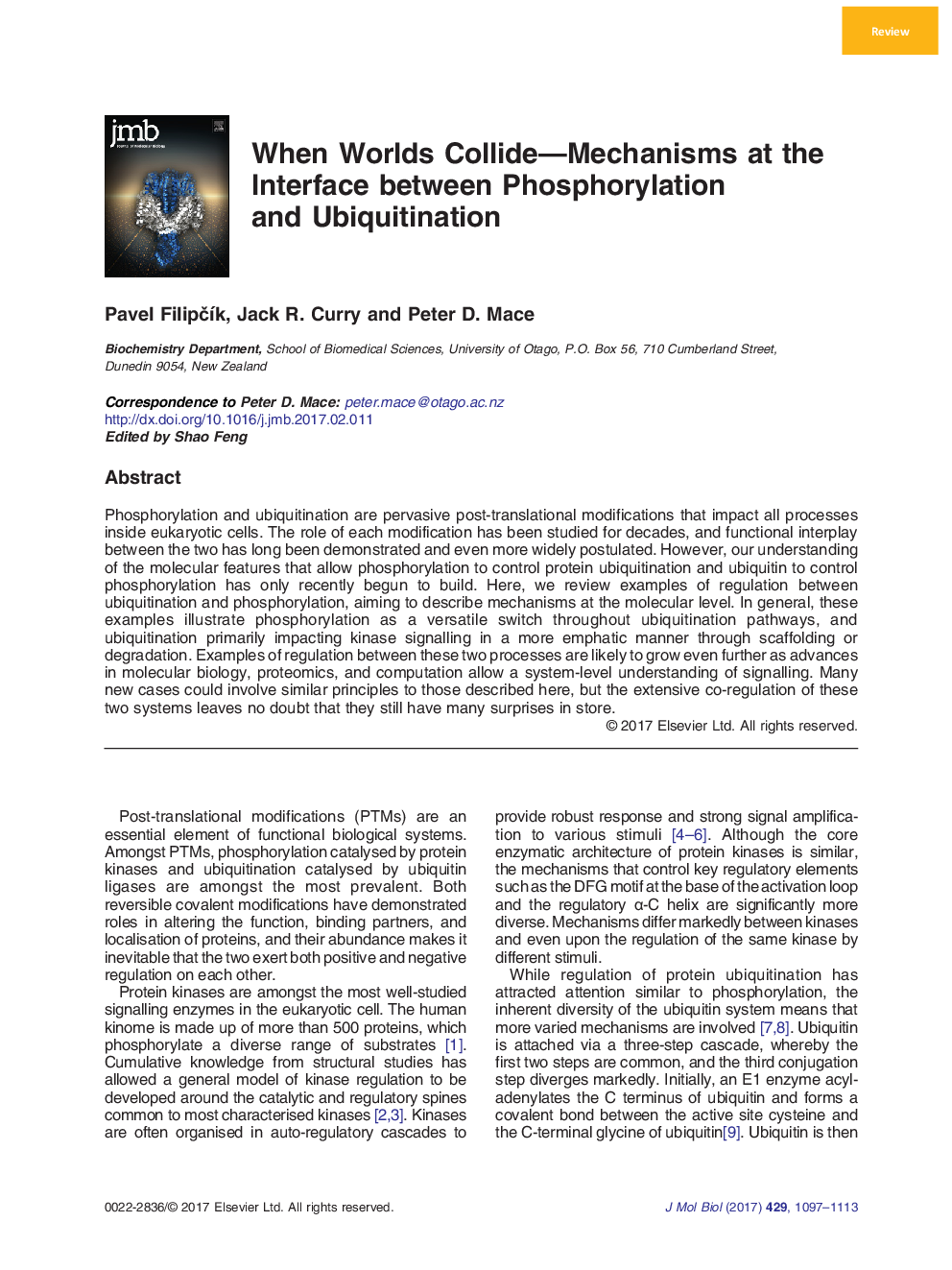 Phosphorylation and ubiquitination are pervasive post-translational modifications that impact all processes inside eukaryotic cells. The role of each modification has been studied for decades, and functional interplay between the two has long been demonstrated and even more widely postulated. However, our understanding of the molecular features that allow phosphorylation to control protein ubiquitination and ubiquitin to control phosphorylation has only recently begun to build. Here, we review examples of regulation between ubiquitination and phosphorylation, aiming to describe mechanisms at the molecular level. In general, these examples illustrate phosphorylation as a versatile switch throughout ubiquitination pathways, and ubiquitination primarily impacting kinase signalling in a more emphatic manner through scaffolding or degradation. Examples of regulation between these two processes are likely to grow even further as advances in molecular biology, proteomics, and computation allow a system-level understanding of signalling. Many new cases could involve similar principles to those described here, but the extensive co-regulation of these two systems leaves no doubt that they still have many surprises in store.