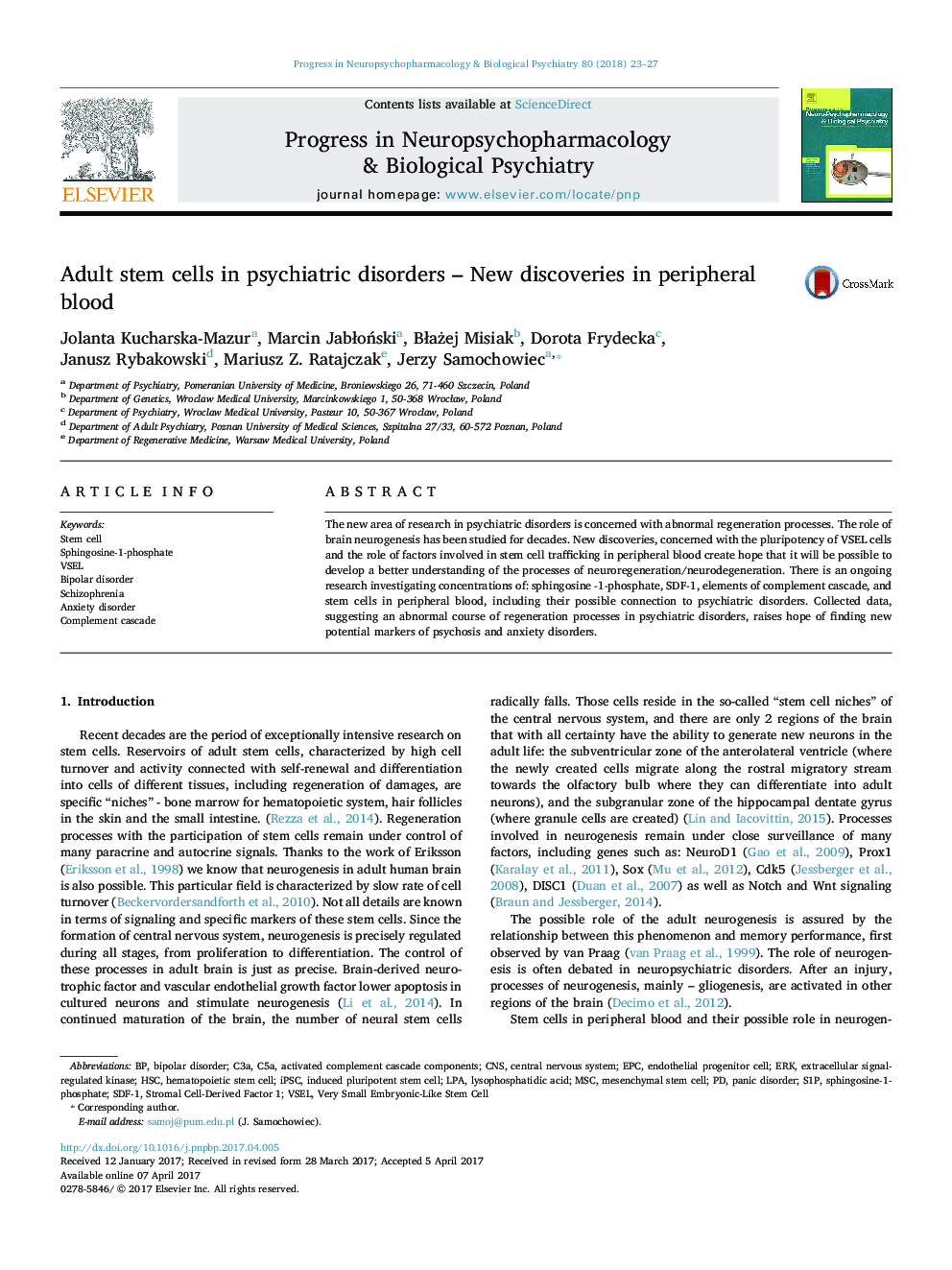 - on the basis of stem cell investigation - protective role of lithium in bipolar disorder
- VSEL, spingosine-1-phosphate and complement cascade components as potential markers of psychosis and anxiety disorder
- there are data suggesting an abnormal course of regeneration processes in psychiatric disorders

The new area of research in psychiatric disorders is concerned with abnormal regeneration processes. The role of brain neurogenesis has been studied for decades. New discoveries, concerned with the pluripotency of VSEL cells and the role of factors involved in stem cell trafficking in peripheral blood create hope that it will be possible to develop a better understanding of the processes of neuroregeneration/neurodegeneration. There is an ongoing research investigating concentrations of: sphingosine -1-phosphate, SDF-1, elements of complement cascade, and stem cells in peripheral blood, including their possible connection to psychiatric disorders. Collected data, suggesting an abnormal course of regeneration processes in psychiatric disorders, raises hope of finding new potential markers of psychosis and anxiety disorders.