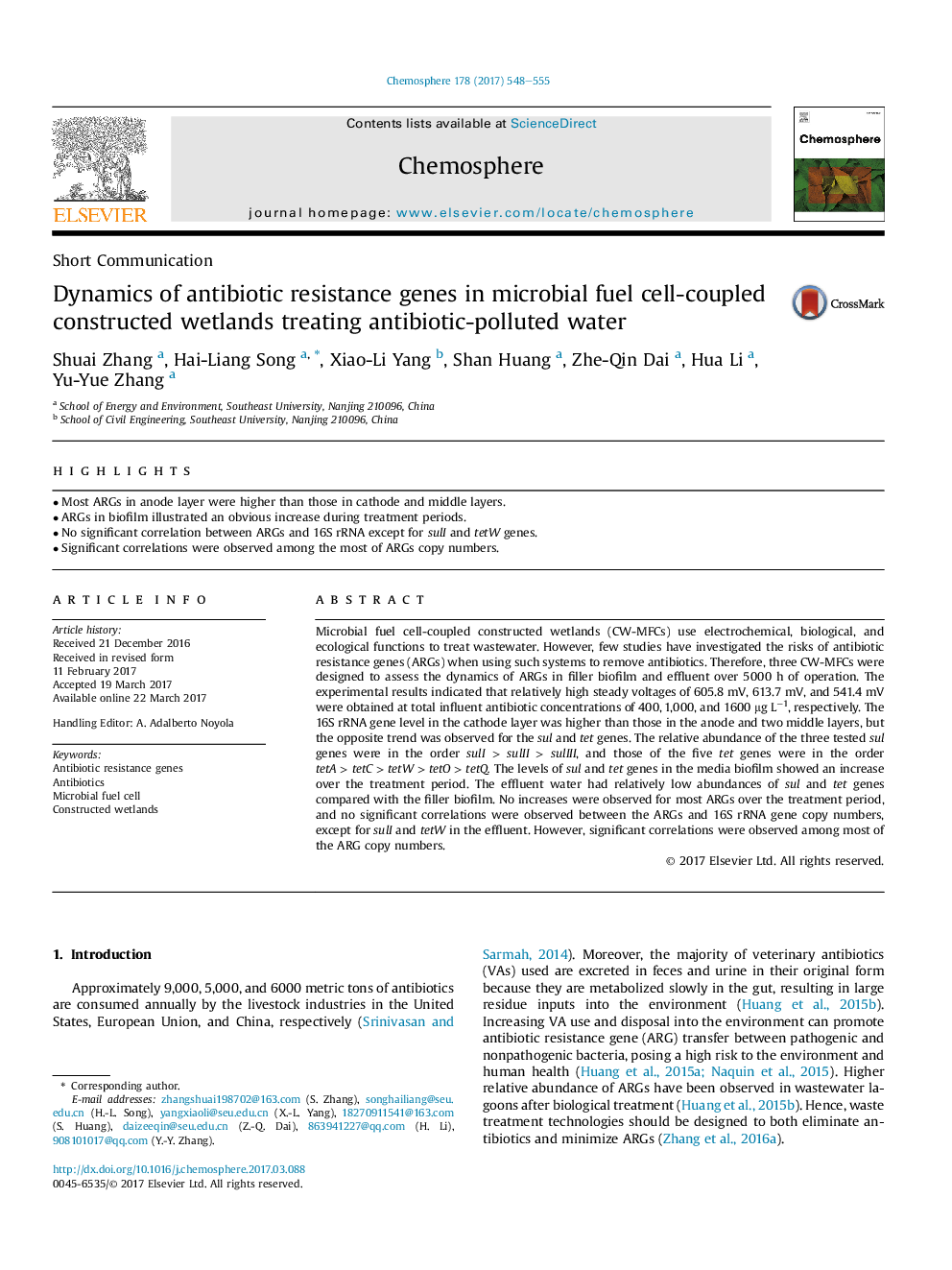 - Most ARGs in anode layer were higher than those in cathode and middle layers.
- ARGs in biofilm illustrated an obvious increase during treatment periods.
- No significant correlation between ARGs and 16S rRNA except for sulI and tetW genes.
- Significant correlations were observed among the most of ARGs copy numbers.

Microbial fuel cell-coupled constructed wetlands (CW-MFCs) use electrochemical, biological, and ecological functions to treat wastewater. However, few studies have investigated the risks of antibiotic resistance genes (ARGs) when using such systems to remove antibiotics. Therefore, three CW-MFCs were designed to assess the dynamics of ARGs in filler biofilm and effluent over 5000Â h of operation. The experimental results indicated that relatively high steady voltages of 605.8Â mV, 613.7Â mV, and 541.4Â mV were obtained at total influent antibiotic concentrations of 400, 1,000, and 1600Â Î¼gÂ Lâ1, respectively. The 16S rRNA gene level in the cathode layer was higher than those in the anode and two middle layers, but the opposite trend was observed for the sul and tet genes. The relative abundance of the three tested sul genes were in the order sulIÂ >Â sulIIÂ >Â sulIII, and those of the five tet genes were in the order tetAÂ >Â tetCÂ >Â tetWÂ >Â tetOÂ >Â tetQ. The levels of sul and tet genes in the media biofilm showed an increase over the treatment period. The effluent water had relatively low abundances of sul and tet genes compared with the filler biofilm. No increases were observed for most ARGs over the treatment period, and no significant correlations were observed between the ARGs and 16S rRNA gene copy numbers, except for sulI and tetW in the effluent. However, significant correlations were observed among most of the ARG copy numbers.