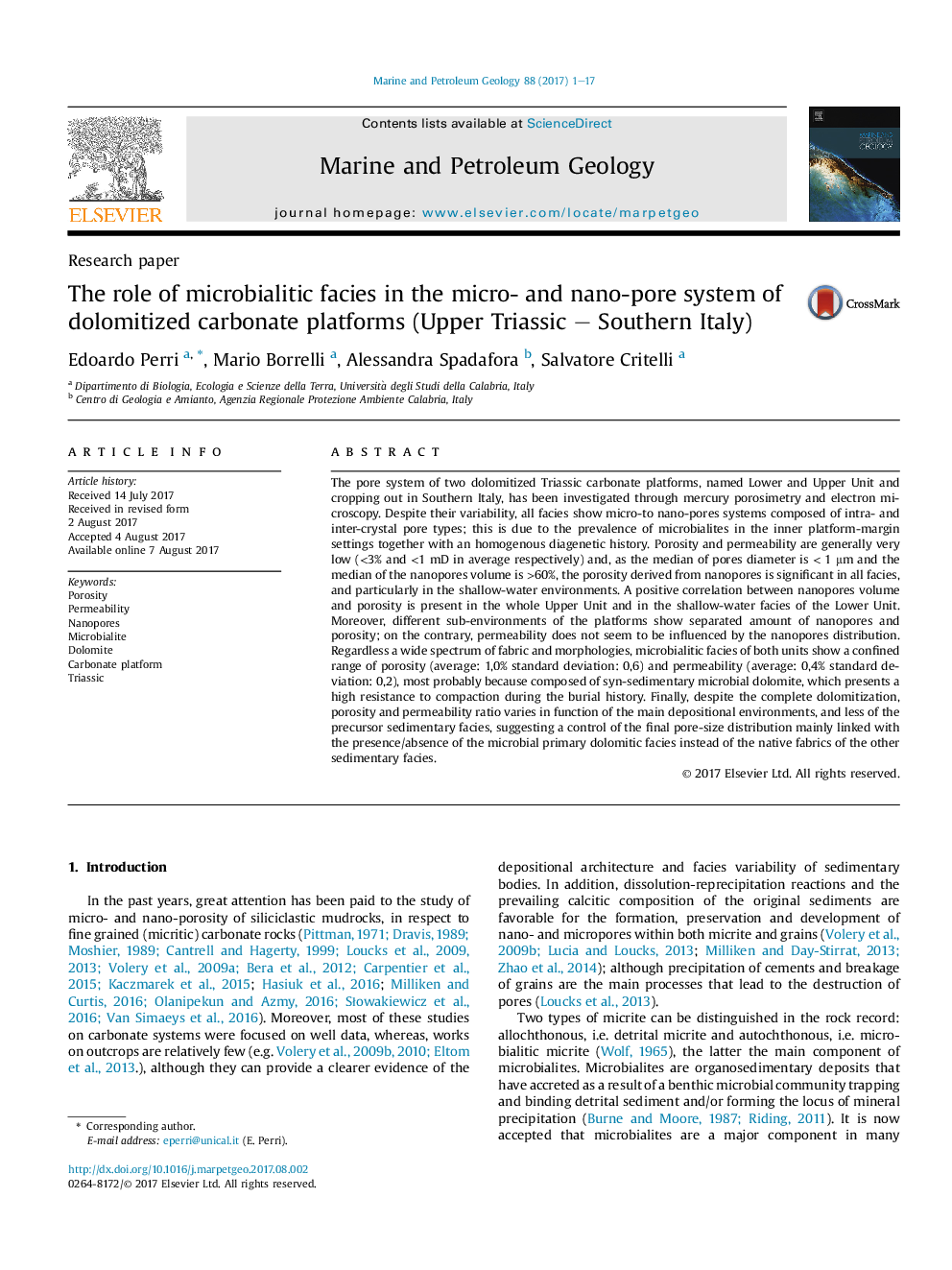 The pore system of two dolomitized Triassic carbonate platforms, named Lower and Upper Unit and cropping out in Southern Italy, has been investigated through mercury porosimetry and electron microscopy. Despite their variability, all facies show micro-to nano-pores systems composed of intra- and inter-crystal pore types; this is due to the prevalence of microbialites in the inner platform-margin settings together with an homogenous diagenetic history. Porosity and permeability are generally very low (<3% and <1 mD in average respectively) and, as the median of pores diameter isÂ <Â 1Â Î¼m and the median of the nanopores volume is >60%, the porosity derived from nanopores is significant in all facies, and particularly in the shallow-water environments. A positive correlation between nanopores volume and porosity is present in the whole Upper Unit and in the shallow-water facies of the Lower Unit. Moreover, different sub-environments of the platforms show separated amount of nanopores and porosity; on the contrary, permeability does not seem to be influenced by the nanopores distribution. Regardless a wide spectrum of fabric and morphologies, microbialitic facies of both units show a confined range of porosity (average: 1,0% standard deviation: 0,6) and permeability (average: 0,4% standard deviation: 0,2), most probably because composed of syn-sedimentary microbial dolomite, which presents a high resistance to compaction during the burial history. Finally, despite the complete dolomitization, porosity and permeability ratio varies in function of the main depositional environments, and less of the precursor sedimentary facies, suggesting a control of the final pore-size distribution mainly linked with the presence/absence of the microbial primary dolomitic facies instead of the native fabrics of the other sedimentary facies.