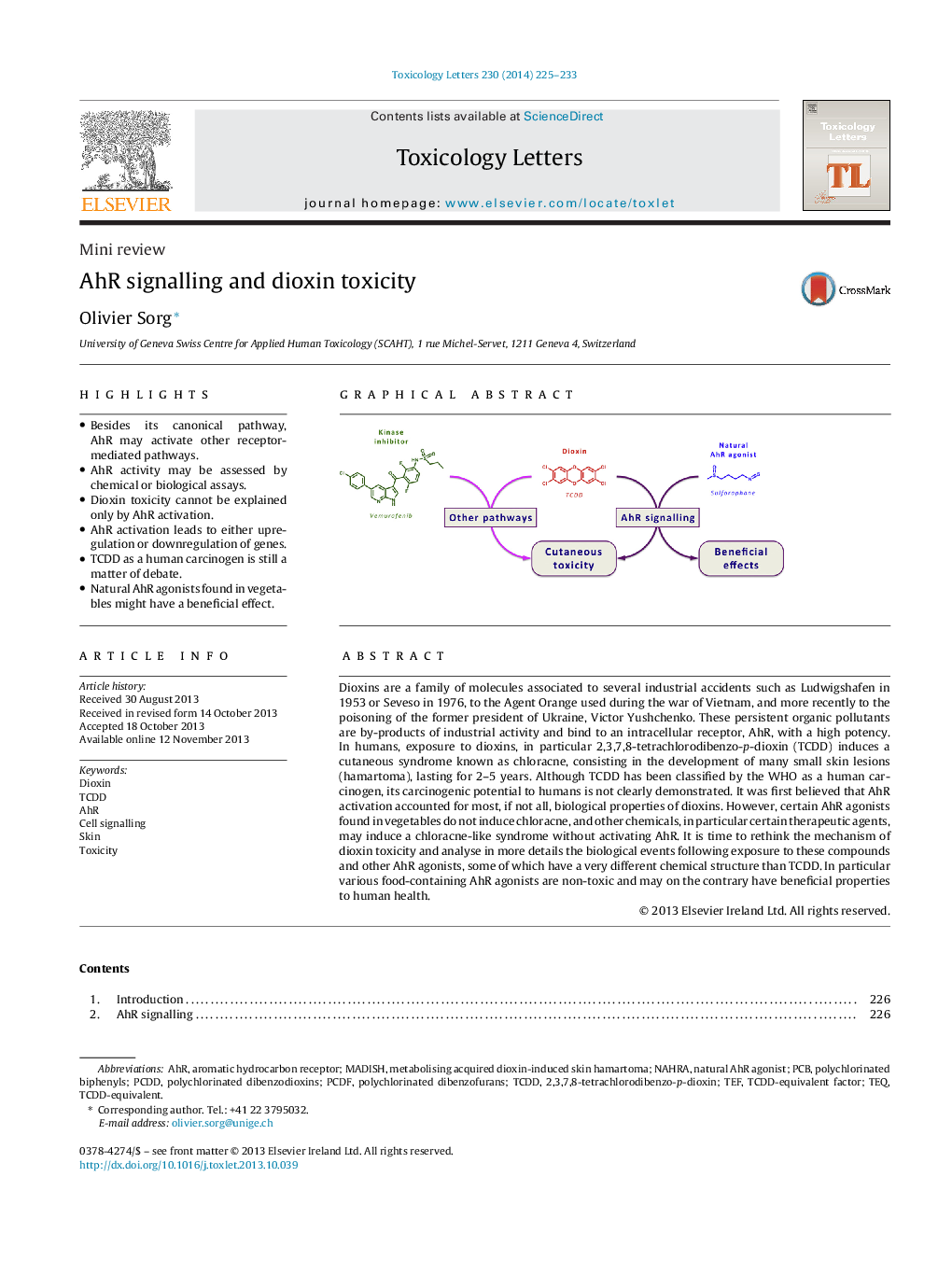 - Besides its canonical pathway, AhR may activate other receptor-mediated pathways.
- AhR activity may be assessed by chemical or biological assays.
- Dioxin toxicity cannot be explained only by AhR activation.
- AhR activation leads to either upregulation or downregulation of genes.
- TCDD as a human carcinogen is still a matter of debate.
- Natural AhR agonists found in vegetables might have a beneficial effect.

Dioxins are a family of molecules associated to several industrial accidents such as Ludwigshafen in 1953 or Seveso in 1976, to the Agent Orange used during the war of Vietnam, and more recently to the poisoning of the former president of Ukraine, Victor Yushchenko. These persistent organic pollutants are by-products of industrial activity and bind to an intracellular receptor, AhR, with a high potency. In humans, exposure to dioxins, in particular 2,3,7,8-tetrachlorodibenzo-p-dioxin (TCDD) induces a cutaneous syndrome known as chloracne, consisting in the development of many small skin lesions (hamartoma), lasting for 2-5 years. Although TCDD has been classified by the WHO as a human carcinogen, its carcinogenic potential to humans is not clearly demonstrated. It was first believed that AhR activation accounted for most, if not all, biological properties of dioxins. However, certain AhR agonists found in vegetables do not induce chloracne, and other chemicals, in particular certain therapeutic agents, may induce a chloracne-like syndrome without activating AhR. It is time to rethink the mechanism of dioxin toxicity and analyse in more details the biological events following exposure to these compounds and other AhR agonists, some of which have a very different chemical structure than TCDD. In particular various food-containing AhR agonists are non-toxic and may on the contrary have beneficial properties to human health.