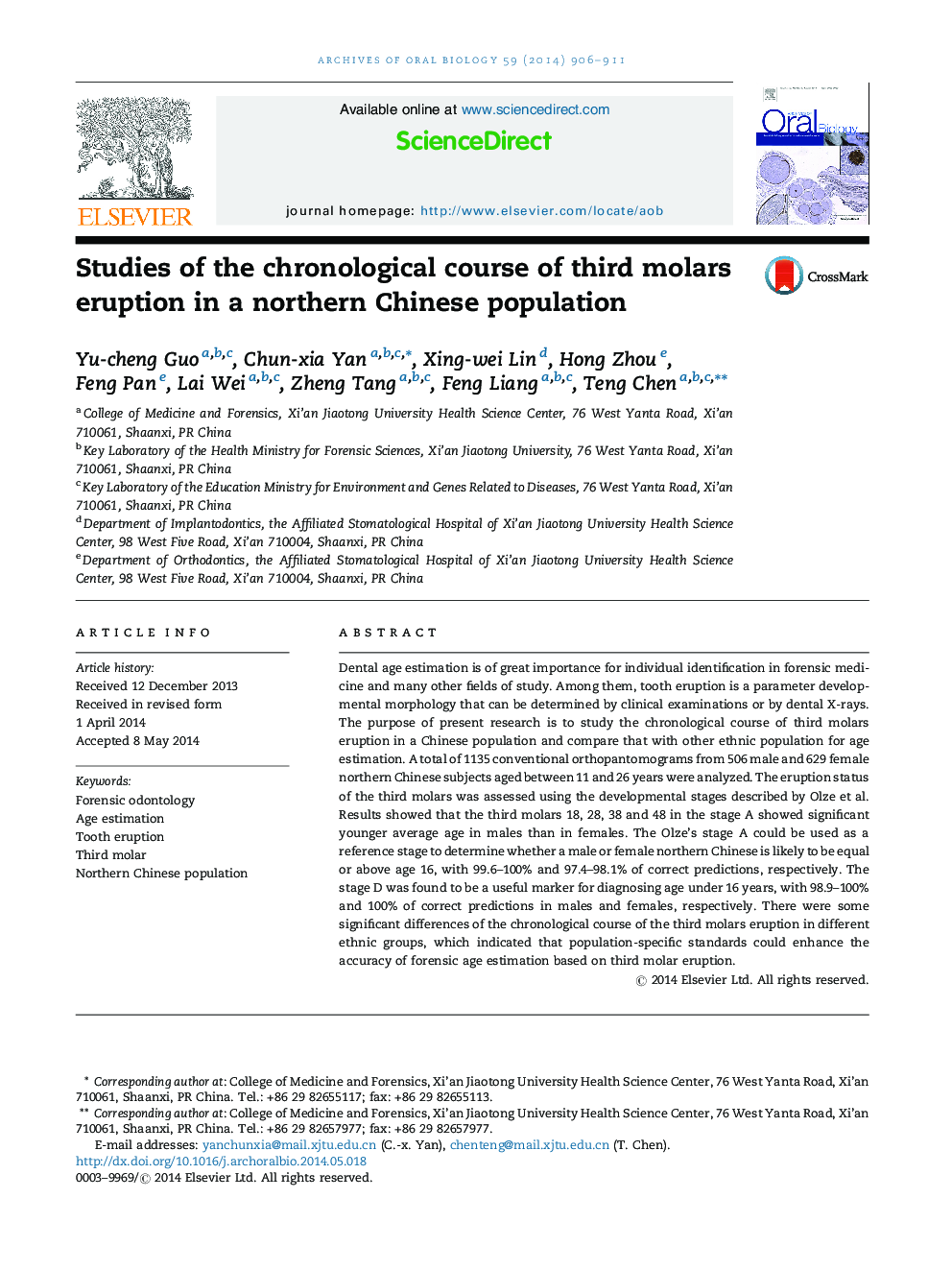 Dental age estimation is of great importance for individual identification in forensic medicine and many other fields of study. Among them, tooth eruption is a parameter developmental morphology that can be determined by clinical examinations or by dental X-rays. The purpose of present research is to study the chronological course of third molars eruption in a Chinese population and compare that with other ethnic population for age estimation. A total of 1135 conventional orthopantomograms from 506 male and 629 female northern Chinese subjects aged between 11 and 26 years were analyzed. The eruption status of the third molars was assessed using the developmental stages described by Olze et al. Results showed that the third molars 18, 28, 38 and 48 in the stage A showed significant younger average age in males than in females. The Olze's stage A could be used as a reference stage to determine whether a male or female northern Chinese is likely to be equal or above age 16, with 99.6-100% and 97.4-98.1% of correct predictions, respectively. The stage D was found to be a useful marker for diagnosing age under 16 years, with 98.9-100% and 100% of correct predictions in males and females, respectively. There were some significant differences of the chronological course of the third molars eruption in different ethnic groups, which indicated that population-specific standards could enhance the accuracy of forensic age estimation based on third molar eruption.