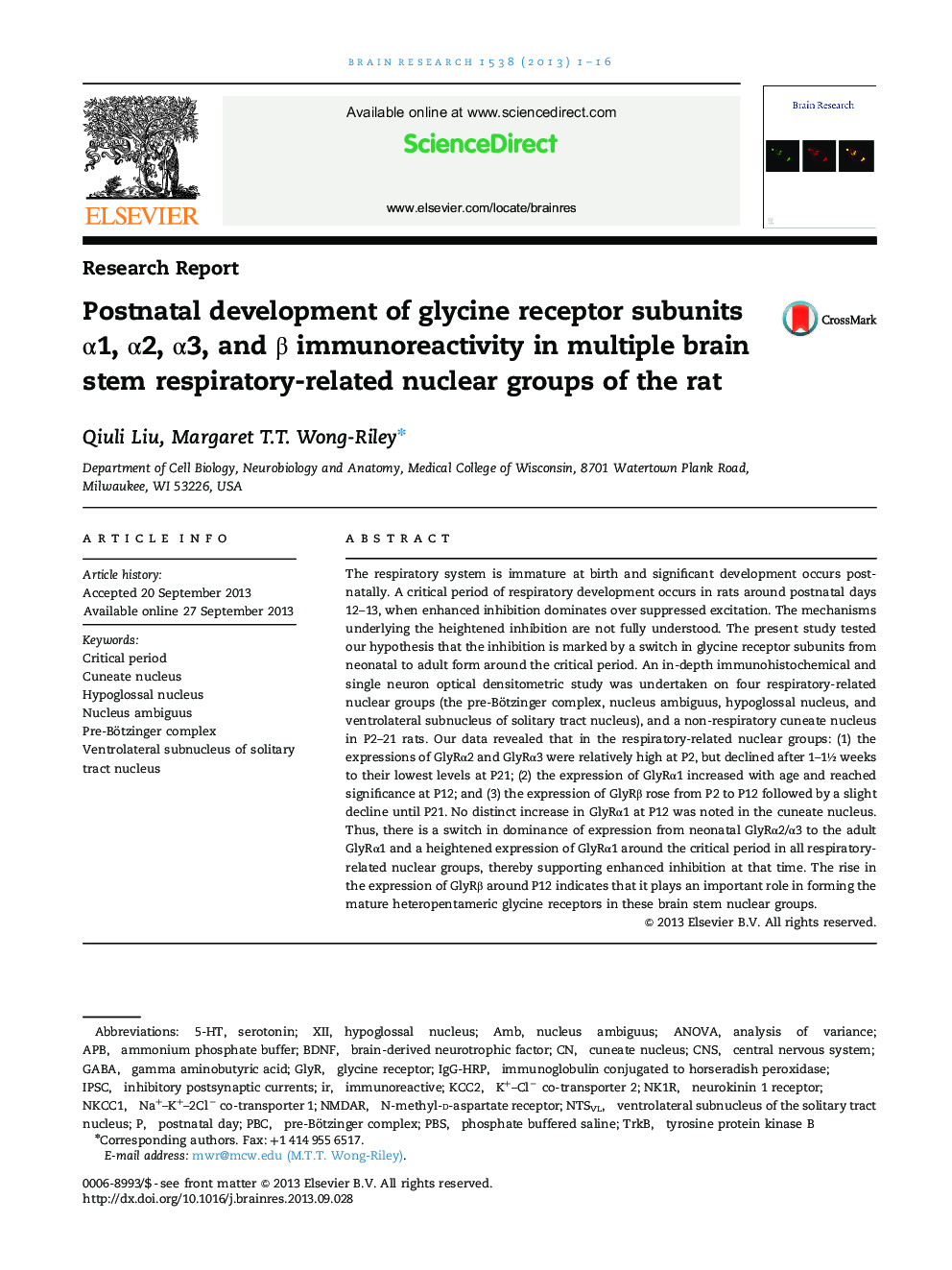 The respiratory system is immature at birth and significant development occurs postnatally. A critical period of respiratory development occurs in rats around postnatal days 12-13, when enhanced inhibition dominates over suppressed excitation. The mechanisms underlying the heightened inhibition are not fully understood. The present study tested our hypothesis that the inhibition is marked by a switch in glycine receptor subunits from neonatal to adult form around the critical period. An in-depth immunohistochemical and single neuron optical densitometric study was undertaken on four respiratory-related nuclear groups (the pre-Bötzinger complex, nucleus ambiguus, hypoglossal nucleus, and ventrolateral subnucleus of solitary tract nucleus), and a non-respiratory cuneate nucleus in P2-21 rats. Our data revealed that in the respiratory-related nuclear groups: (1) the expressions of GlyRÎ±2 and GlyRÎ±3 were relatively high at P2, but declined after 1-1Â½ weeks to their lowest levels at P21; (2) the expression of GlyRÎ±1 increased with age and reached significance at P12; and (3) the expression of GlyRÎ² rose from P2 to P12 followed by a slight decline until P21. No distinct increase in GlyRÎ±1 at P12 was noted in the cuneate nucleus. Thus, there is a switch in dominance of expression from neonatal GlyRÎ±2/Î±3 to the adult GlyRÎ±1 and a heightened expression of GlyRÎ±1 around the critical period in all respiratory-related nuclear groups, thereby supporting enhanced inhibition at that time. The rise in the expression of GlyRÎ² around P12 indicates that it plays an important role in forming the mature heteropentameric glycine receptors in these brain stem nuclear groups.