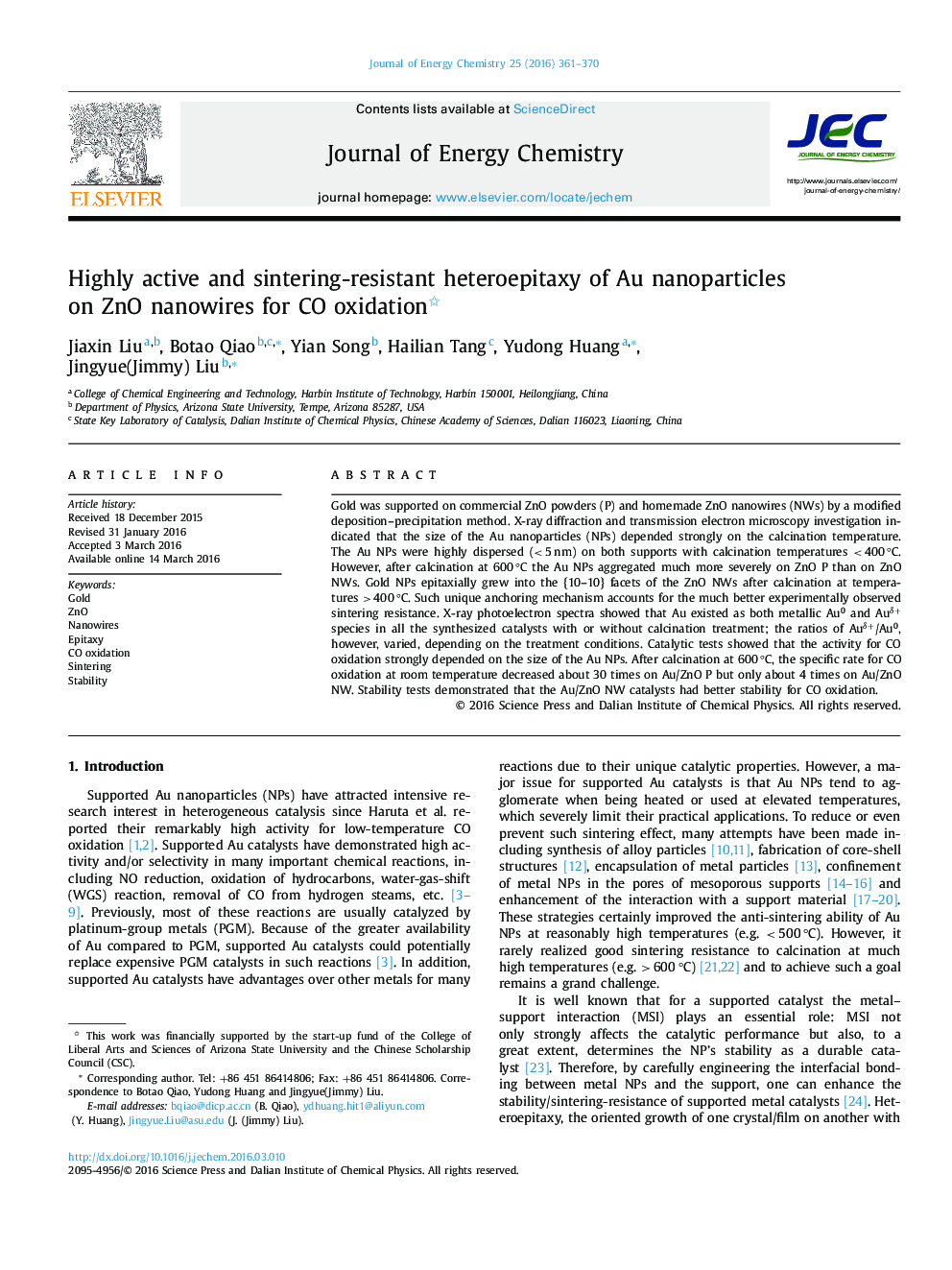 Gold was supported on commercial ZnO powders (P) and homemade ZnO nanowires (NWs) by a modified deposition–precipitation method. X-ray diffraction and transmission electron microscopy investigation indicated that the size of the Au nanoparticles (NPs) depended strongly on the calcination temperature. The Au NPs were highly dispersed (< 5 nm) on both supports with calcination temperatures < 400 °C. However, after calcination at 600 °C the Au NPs aggregated much more severely on ZnO P than on ZnO NWs. Gold NPs epitaxially grew into the {10–10} facets of the ZnO NWs after calcination at temperatures > 400 °C. Such unique anchoring mechanism accounts for the much better experimentally observed sintering resistance. X-ray photoelectron spectra showed that Au existed as both metallic Au0 and Auδ+ species in all the synthesized catalysts with or without calcination treatment; the ratios of Auδ+/Au0, however, varied, depending on the treatment conditions. Catalytic tests showed that the activity for CO oxidation strongly depended on the size of the Au NPs. After calcination at 600 °C, the specific rate for CO oxidation at room temperature decreased about 30 times on Au/ZnO P but only about 4 times on Au/ZnO NW. Stability tests demonstrated that the Au/ZnO NW catalysts had better stability for CO oxidation.