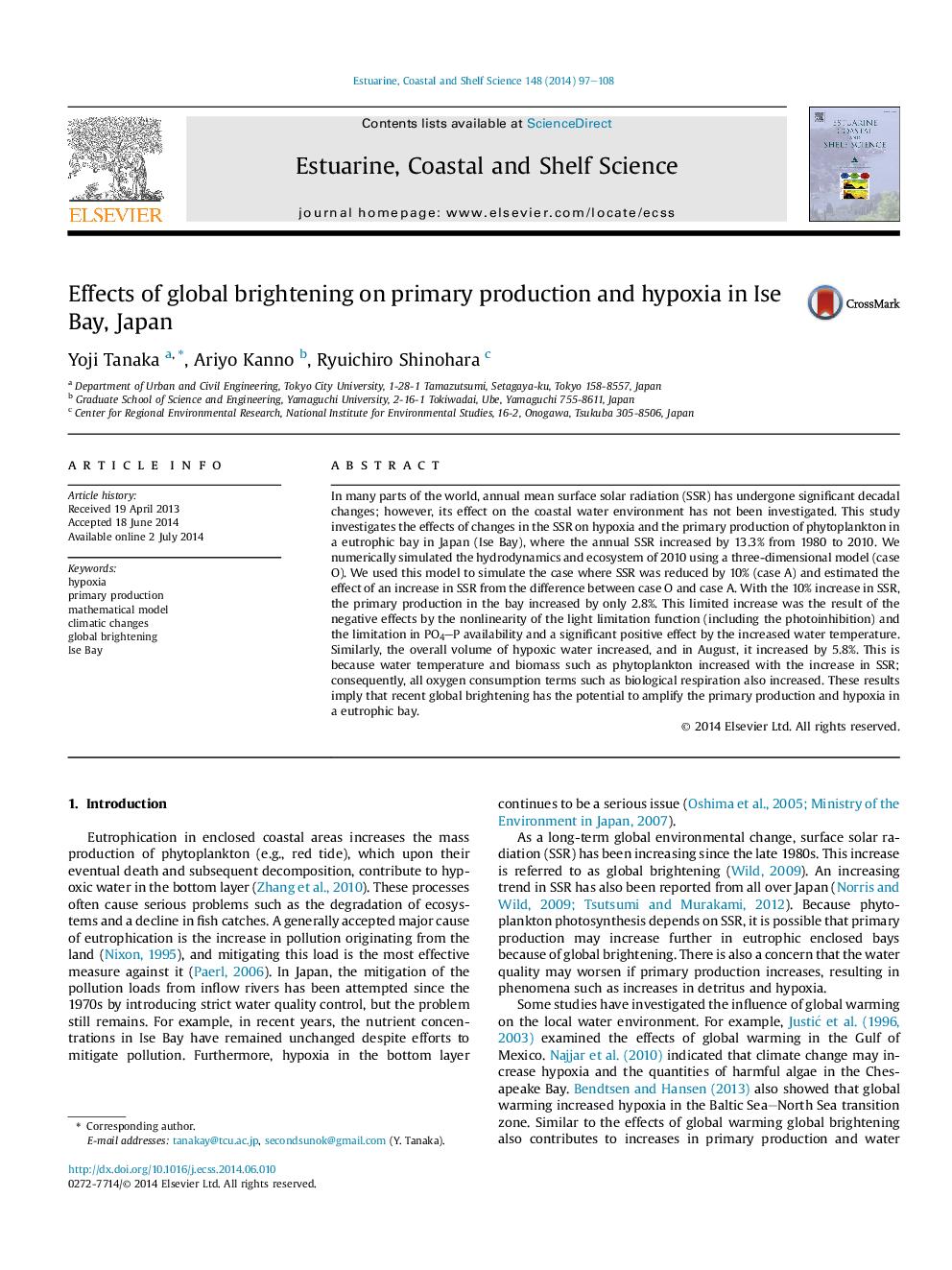 In many parts of the world, annual mean surface solar radiation (SSR) has undergone significant decadal changes; however, its effect on the coastal water environment has not been investigated. This study investigates the effects of changes in the SSR on hypoxia and the primary production of phytoplankton in a eutrophic bay in Japan (Ise Bay), where the annual SSR increased by 13.3% from 1980 to 2010. We numerically simulated the hydrodynamics and ecosystem of 2010 using a three-dimensional model (case O). We used this model to simulate the case where SSR was reduced by 10% (case A) and estimated the effect of an increase in SSR from the difference between case O and case A. With the 10% increase in SSR, the primary production in the bay increased by only 2.8%. This limited increase was the result of the negative effects by the nonlinearity of the light limitation function (including the photoinhibition) and the limitation in PO4-P availability and a significant positive effect by the increased water temperature. Similarly, the overall volume of hypoxic water increased, and in August, it increased by 5.8%. This is because water temperature and biomass such as phytoplankton increased with the increase in SSR; consequently, all oxygen consumption terms such as biological respiration also increased. These results imply that recent global brightening has the potential to amplify the primary production and hypoxia in a eutrophic bay.