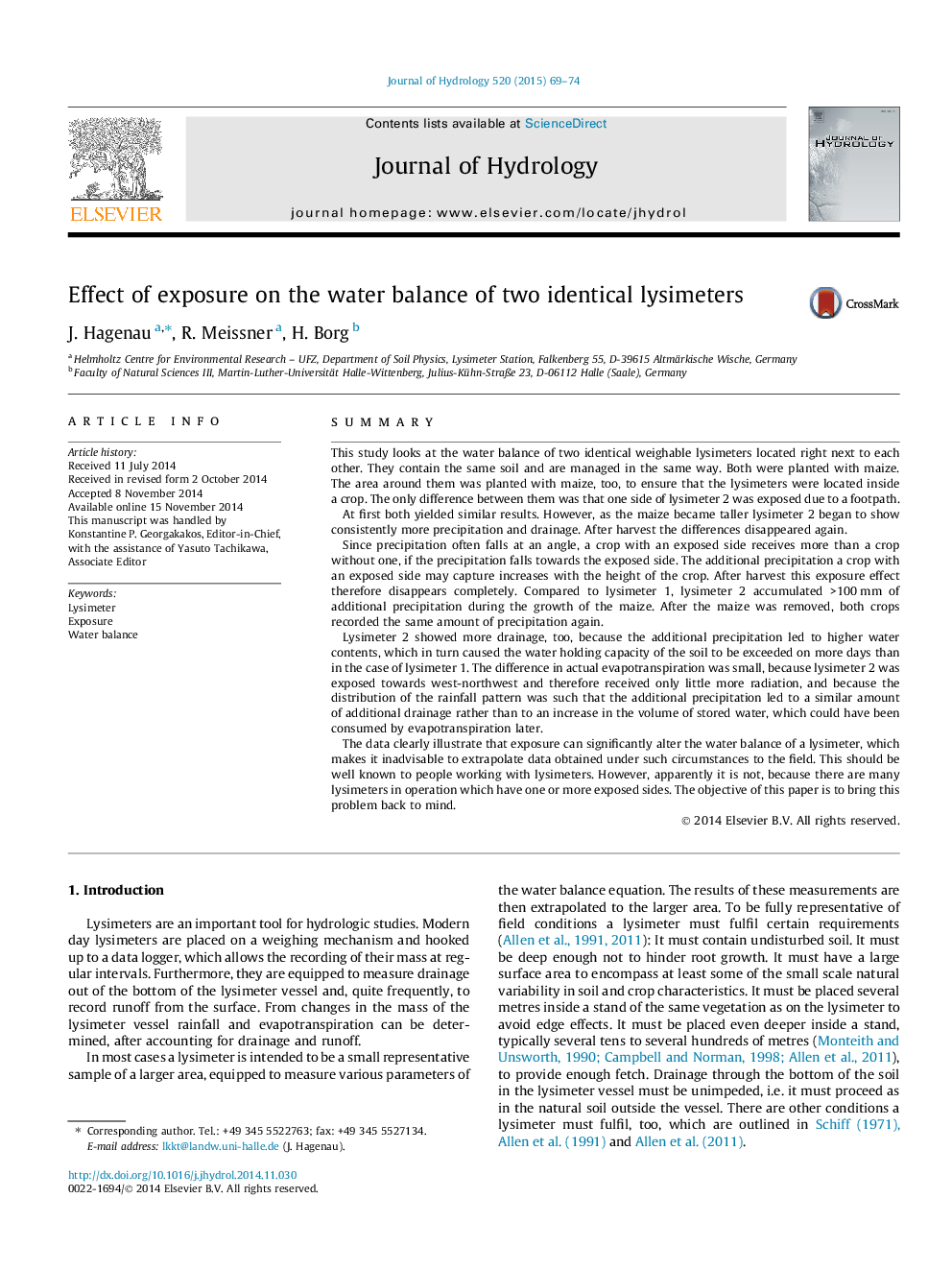 SummaryThis study looks at the water balance of two identical weighable lysimeters located right next to each other. They contain the same soil and are managed in the same way. Both were planted with maize. The area around them was planted with maize, too, to ensure that the lysimeters were located inside a crop. The only difference between them was that one side of lysimeter 2 was exposed due to a footpath.At first both yielded similar results. However, as the maize became taller lysimeter 2 began to show consistently more precipitation and drainage. After harvest the differences disappeared again.Since precipitation often falls at an angle, a crop with an exposed side receives more than a crop without one, if the precipitation falls towards the exposed side. The additional precipitation a crop with an exposed side may capture increases with the height of the crop. After harvest this exposure effect therefore disappears completely. Compared to lysimeter 1, lysimeter 2 accumulated >100Â mm of additional precipitation during the growth of the maize. After the maize was removed, both crops recorded the same amount of precipitation again.Lysimeter 2 showed more drainage, too, because the additional precipitation led to higher water contents, which in turn caused the water holding capacity of the soil to be exceeded on more days than in the case of lysimeter 1. The difference in actual evapotranspiration was small, because lysimeter 2 was exposed towards west-northwest and therefore received only little more radiation, and because the distribution of the rainfall pattern was such that the additional precipitation led to a similar amount of additional drainage rather than to an increase in the volume of stored water, which could have been consumed by evapotranspiration later.The data clearly illustrate that exposure can significantly alter the water balance of a lysimeter, which makes it inadvisable to extrapolate data obtained under such circumstances to the field. This should be well known to people working with lysimeters. However, apparently it is not, because there are many lysimeters in operation which have one or more exposed sides. The objective of this paper is to bring this problem back to mind.