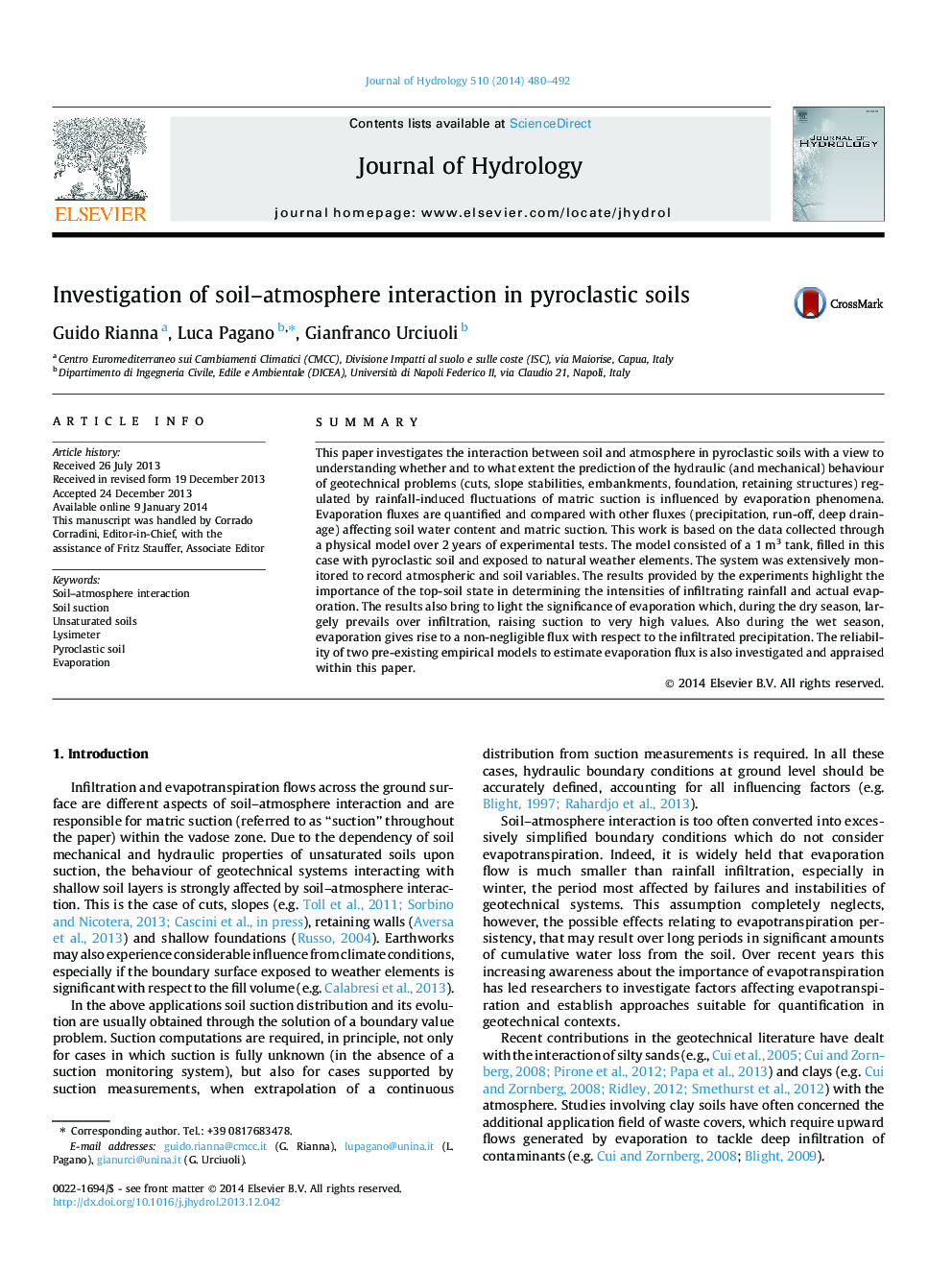 - Development of a physical model to estimate soil-atmosphere interaction of a layer.
- Quantification of infiltration and evaporation across a pyroclastic layer surface.
- Evaporation obtained by monitoring weight changes and energetic terms.
- Actual evaporation always significant compared with infiltration even during winter.
- Validation of traditional approaches suitable to estimate evaporation.

SummaryThis paper investigates the interaction between soil and atmosphere in pyroclastic soils with a view to understanding whether and to what extent the prediction of the hydraulic (and mechanical) behaviour of geotechnical problems (cuts, slope stabilities, embankments, foundation, retaining structures) regulated by rainfall-induced fluctuations of matric suction is influenced by evaporation phenomena. Evaporation fluxes are quantified and compared with other fluxes (precipitation, run-off, deep drainage) affecting soil water content and matric suction. This work is based on the data collected through a physical model over 2Â years of experimental tests. The model consisted of a 1Â m3 tank, filled in this case with pyroclastic soil and exposed to natural weather elements. The system was extensively monitored to record atmospheric and soil variables. The results provided by the experiments highlight the importance of the top-soil state in determining the intensities of infiltrating rainfall and actual evaporation. The results also bring to light the significance of evaporation which, during the dry season, largely prevails over infiltration, raising suction to very high values. Also during the wet season, evaporation gives rise to a non-negligible flux with respect to the infiltrated precipitation. The reliability of two pre-existing empirical models to estimate evaporation flux is also investigated and appraised within this paper.