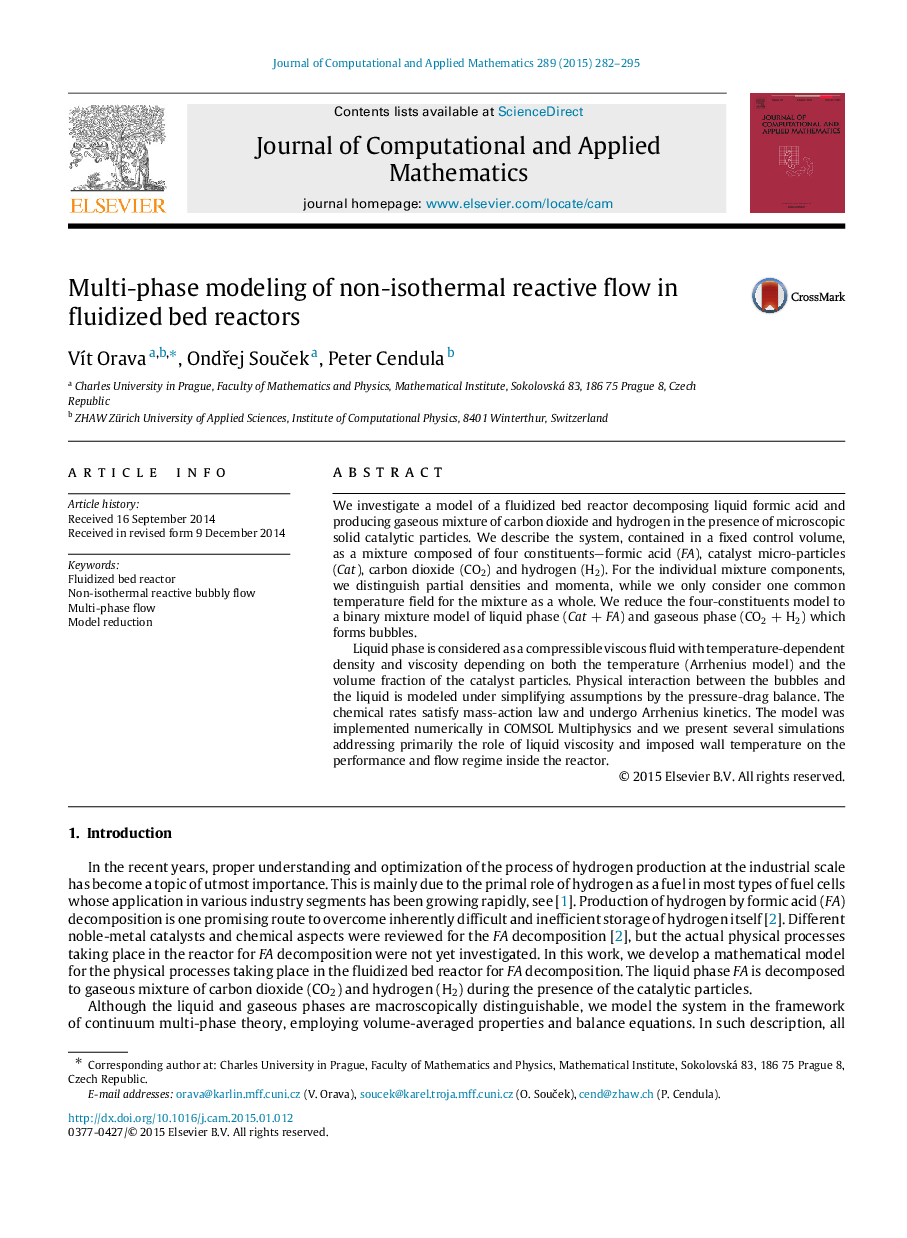 We investigate a model of a fluidized bed reactor decomposing liquid formic acid and producing gaseous mixture of carbon dioxide and hydrogen in the presence of microscopic solid catalytic particles. We describe the system, contained in a fixed control volume, as a mixture composed of four constituents-formic acid (FA), catalyst micro-particles (Cat), carbon dioxide (CO2) and hydrogen (H2). For the individual mixture components, we distinguish partial densities and momenta, while we only consider one common temperature field for the mixture as a whole. We reduce the four-constituents model to a binary mixture model of liquid phase (Cat+FA) and gaseous phase (CO2+H2) which forms bubbles.Liquid phase is considered as a compressible viscous fluid with temperature-dependent density and viscosity depending on both the temperature (Arrhenius model) and the volume fraction of the catalyst particles. Physical interaction between the bubbles and the liquid is modeled under simplifying assumptions by the pressure-drag balance. The chemical rates satisfy mass-action law and undergo Arrhenius kinetics. The model was implemented numerically in COMSOL Multiphysics and we present several simulations addressing primarily the role of liquid viscosity and imposed wall temperature on the performance and flow regime inside the reactor.