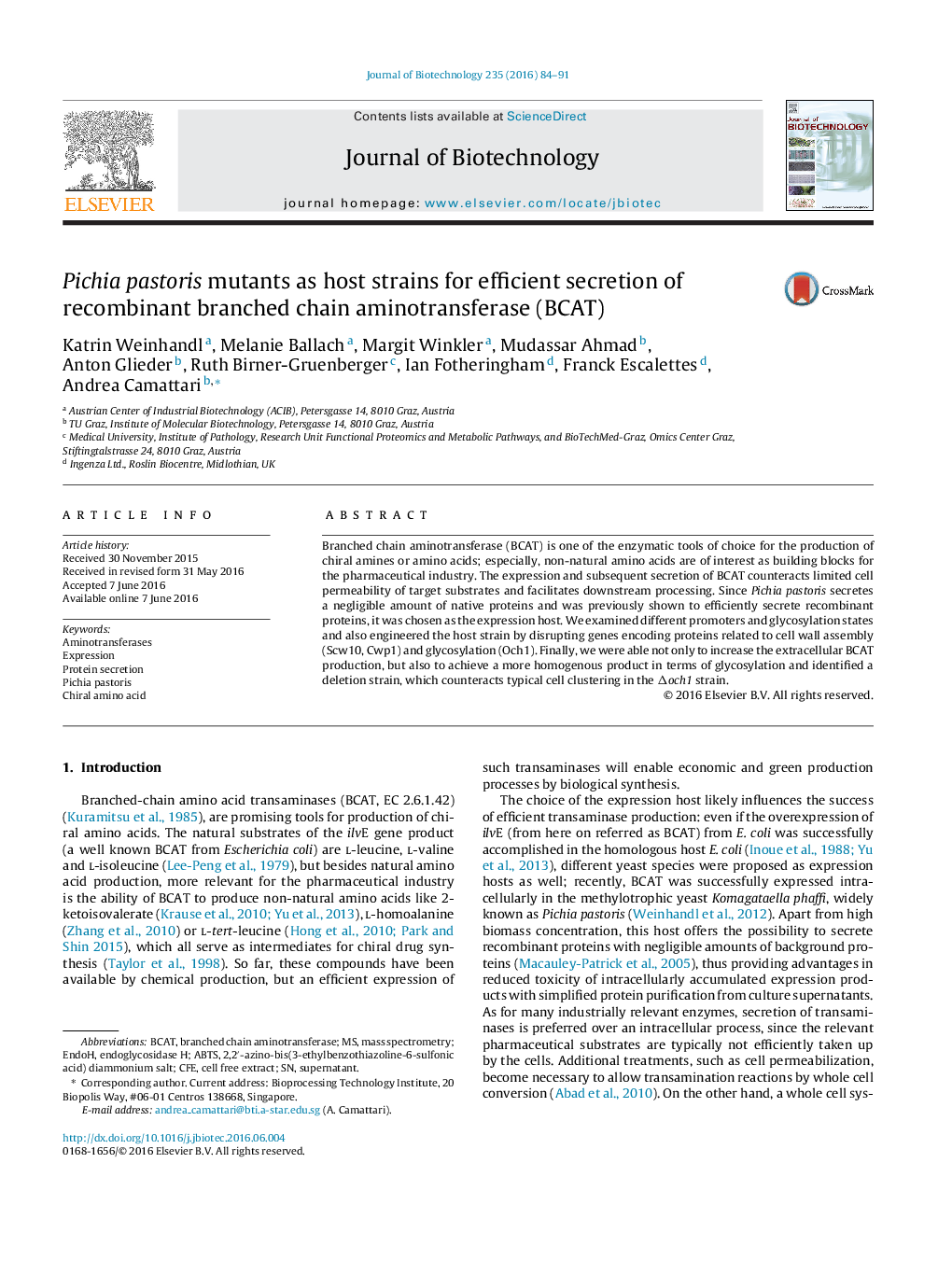 - Escherichia coli BCAT has been expressed as a secreted protein in the supernatant of Pichia pastoris for the first time.
- Novel Pichia pastoris strains (Îcwp1, Îscw10) have been generated as a strategy to improve protein production.
- Improved BCAT secretion by OCH1 knock-out in Pichia pastoris, providing a promising system for efficient chiral amine production.

Branched chain aminotransferase (BCAT) is one of the enzymatic tools of choice for the production of chiral amines or amino acids; especially, non-natural amino acids are of interest as building blocks for the pharmaceutical industry. The expression and subsequent secretion of BCAT counteracts limited cell permeability of target substrates and facilitates downstream processing. Since Pichia pastoris secretes a negligible amount of native proteins and was previously shown to efficiently secrete recombinant proteins, it was chosen as the expression host. We examined different promoters and glycosylation states and also engineered the host strain by disrupting genes encoding proteins related to cell wall assembly (Scw10, Cwp1) and glycosylation (Och1). Finally, we were able not only to increase the extracellular BCAT production, but also to achieve a more homogenous product in terms of glycosylation and identified a deletion strain, which counteracts typical cell clustering in the Îoch1 strain.