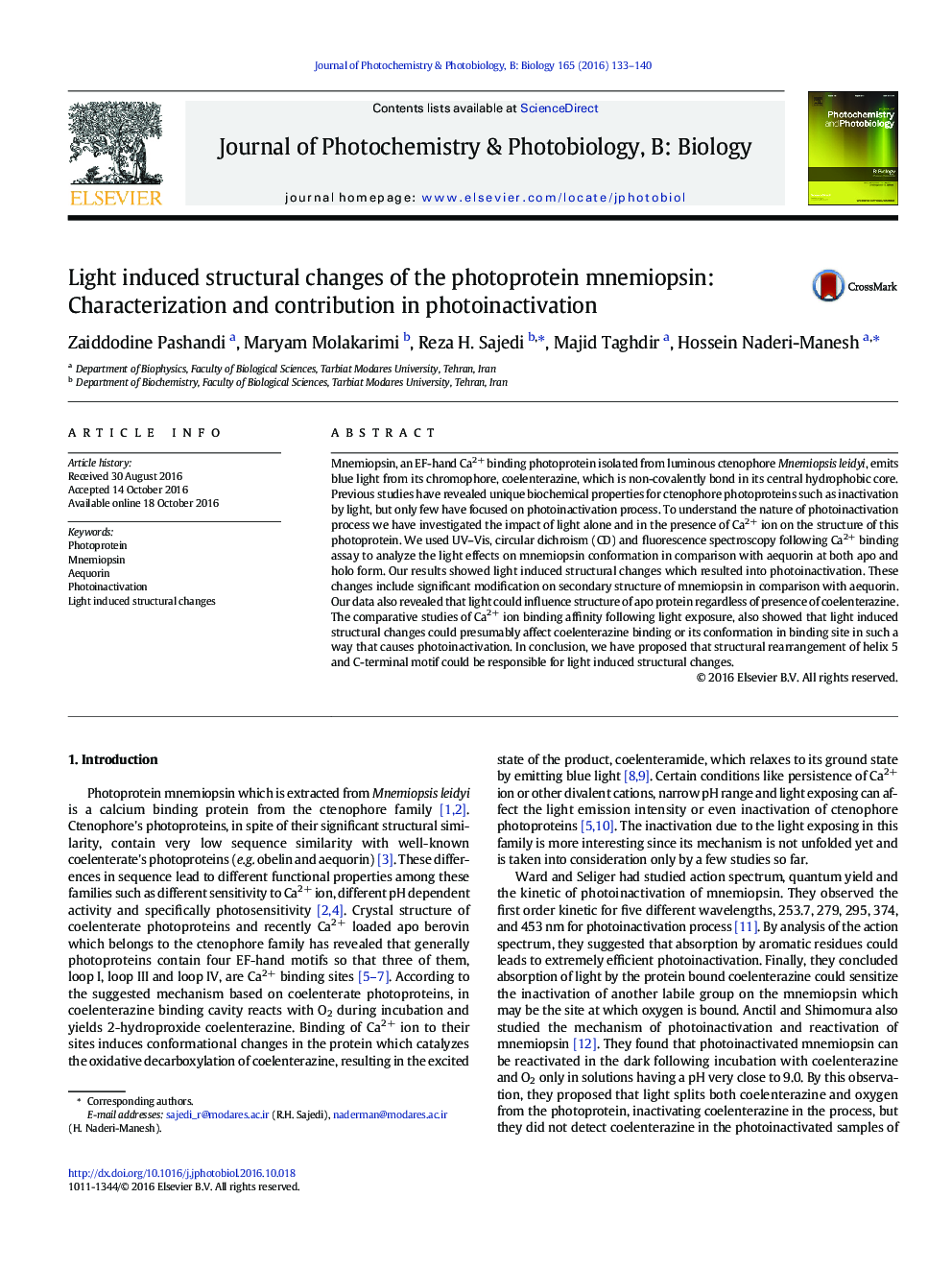 - Mnemiopsin and aequorin display increased flexibility in structure due to light.
- Exposure to the light induce more vigorous tertiary structural disorders than Ca2Â +.
- Mnemiopsin unlike aequorin displays reduction in helical contents due to light.
- Light induced structural changes is independent of presence of coelenterazine.
- Photoinactivation is originating from coelenterazine binding cavity.

Mnemiopsin, an EF-hand Ca2+ binding photoprotein isolated from luminous ctenophore Mnemiopsis leidyi, emits blue light from its chromophore, coelenterazine, which is non-covalently bond in its central hydrophobic core. Previous studies have revealed unique biochemical properties for ctenophore photoproteins such as inactivation by light, but only few have focused on photoinactivation process. To understand the nature of photoinactivation process we have investigated the impact of light alone and in the presence of Ca2+ ion on the structure of this photoprotein. We used UV-Vis, circular dichroism (CD) and fluorescence spectroscopy following Ca2+ binding assay to analyze the light effects on mnemiopsin conformation in comparison with aequorin at both apo and holo form. Our results showed light induced structural changes which resulted into photoinactivation. These changes include significant modification on secondary structure of mnemiopsin in comparison with aequorin. Our data also revealed that light could influence structure of apo protein regardless of presence of coelenterazine. The comparative studies of Ca2+ ion binding affinity following light exposure, also showed that light induced structural changes could presumably affect coelenterazine binding or its conformation in binding site in such a way that causes photoinactivation. In conclusion, we have proposed that structural rearrangement of helix 5 and C-terminal motif could be responsible for light induced structural changes.