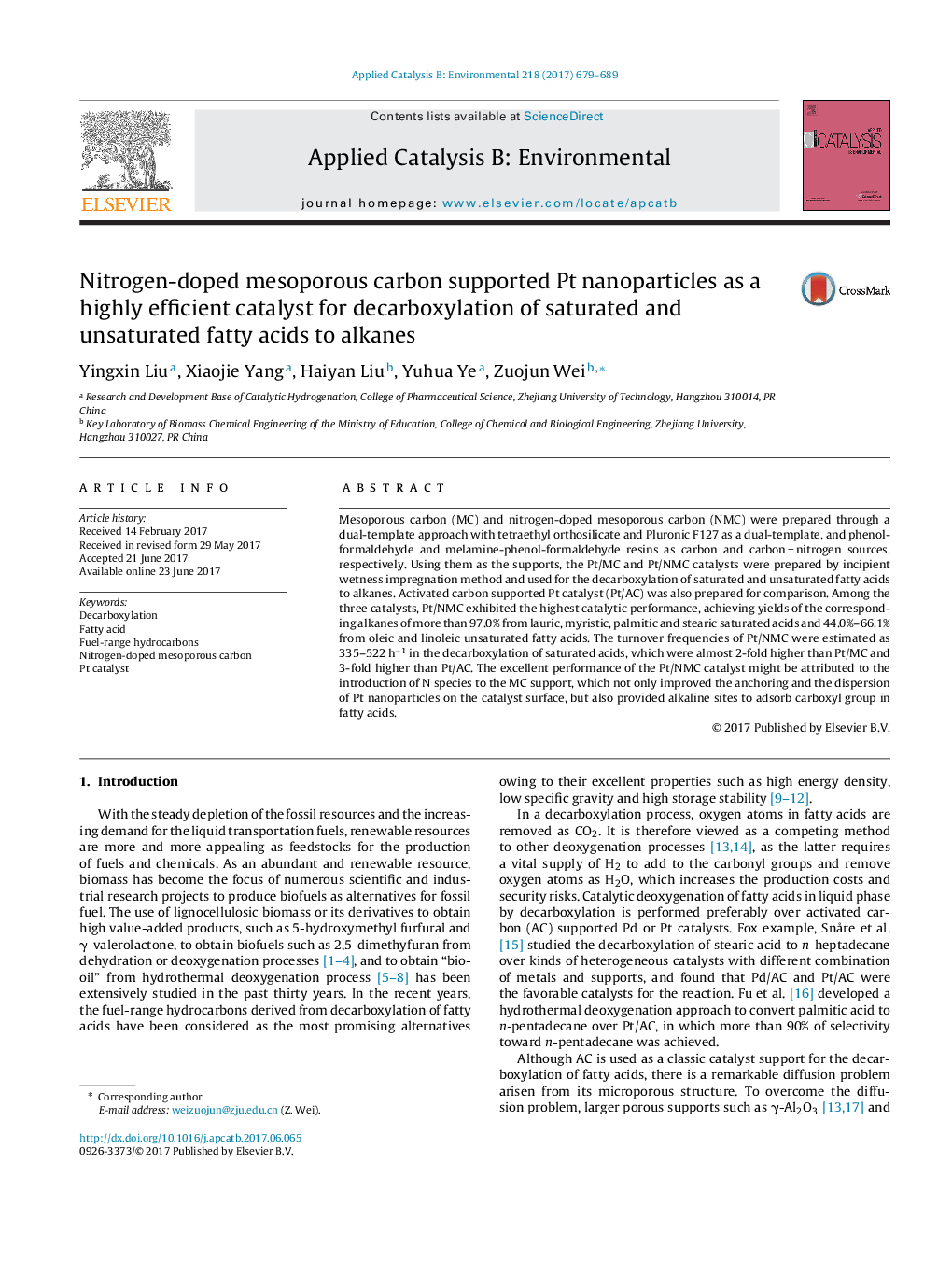 - Nitrogen-doped mesoporous carbon (NMC) supported Pt catalyst was successfully prepared.
- Pt supported on NMC is more effective than on AC and MC for fatty acids decarboxylation to alkanes.
- Nitrogen species can improve the anchoring and the dispersion of Pt nanoparticles and provide basic sites to adsorb fatty acids.

Mesoporous carbon (MC) and nitrogen-doped mesoporous carbon (NMC) were prepared through a dual-template approach with tetraethyl orthosilicate and Pluronic F127 as a dual-template, and phenol-formaldehyde and melamine-phenol-formaldehyde resins as carbon and carbonÂ +Â nitrogen sources, respectively. Using them as the supports, the Pt/MC and Pt/NMC catalysts were prepared by incipient wetness impregnation method and used for the decarboxylation of saturated and unsaturated fatty acids to alkanes. Activated carbon supported Pt catalyst (Pt/AC) was also prepared for comparison. Among the three catalysts, Pt/NMC exhibited the highest catalytic performance, achieving yields of the corresponding alkanes of more than 97.0% from lauric, myristic, palmitic and stearic saturated acids and 44.0%-66.1% from oleic and linoleic unsaturated fatty acids. The turnover frequencies of Pt/NMC were estimated as 335-522Â hâ1 in the decarboxylation of saturated acids, which were almost 2-fold higher than Pt/MC and 3-fold higher than Pt/AC. The excellent performance of the Pt/NMC catalyst might be attributed to the introduction of N species to the MC support, which not only improved the anchoring and the dispersion of Pt nanoparticles on the catalyst surface, but also provided alkaline sites to adsorb carboxyl group in fatty acids.