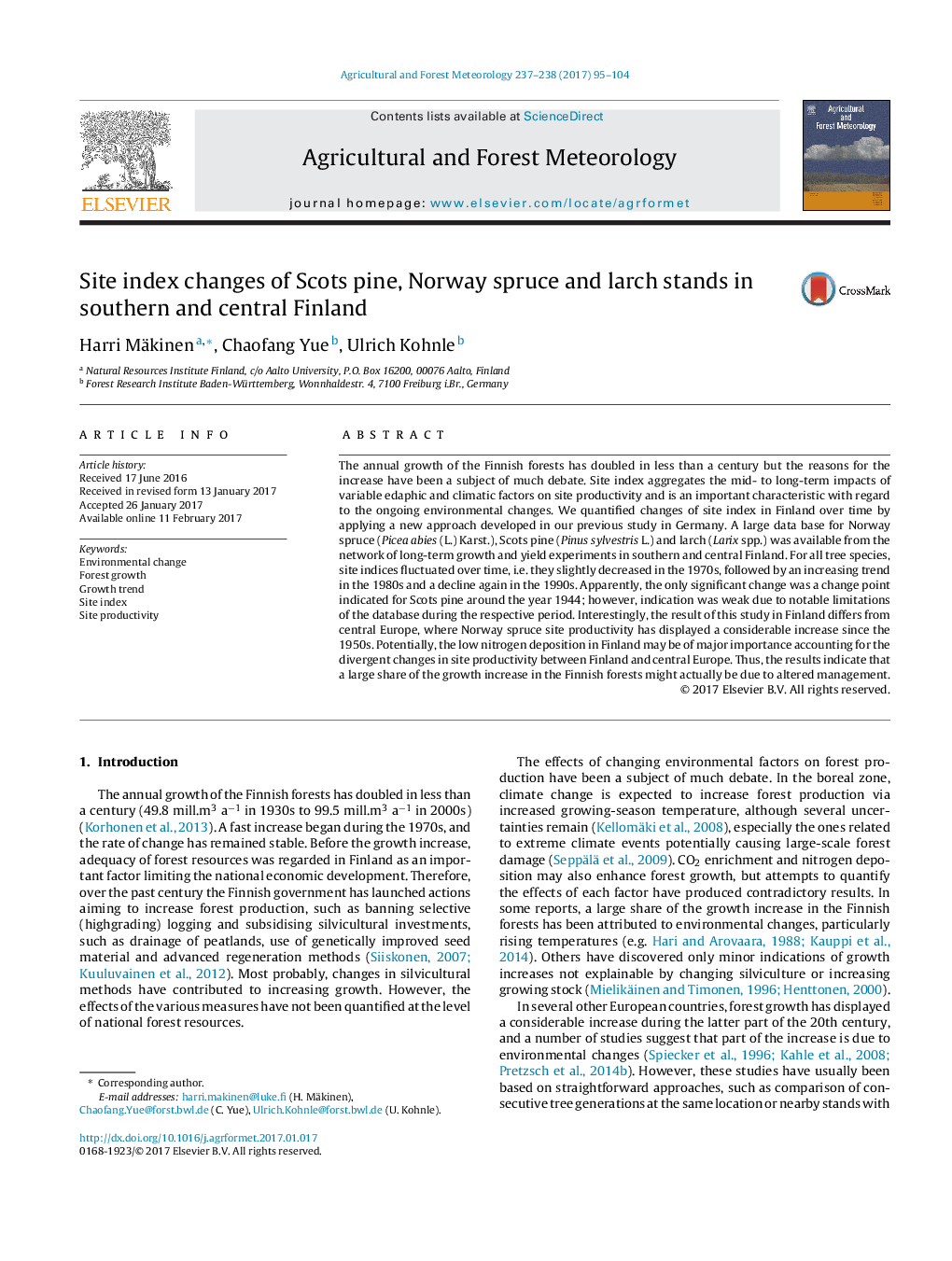 The annual growth of the Finnish forests has doubled in less than a century but the reasons for the increase have been a subject of much debate. Site index aggregates the mid- to long-term impacts of variable edaphic and climatic factors on site productivity and is an important characteristic with regard to the ongoing environmental changes. We quantified changes of site index in Finland over time by applying a new approach developed in our previous study in Germany. A large data base for Norway spruce (Picea abies (L.) Karst.), Scots pine (Pinus sylvestris L.) and larch (Larix spp.) was available from the network of long-term growth and yield experiments in southern and central Finland. For all tree species, site indices fluctuated over time, i.e. they slightly decreased in the 1970s, followed by an increasing trend in the 1980s and a decline again in the 1990s. Apparently, the only significant change was a change point indicated for Scots pine around the year 1944; however, indication was weak due to notable limitations of the database during the respective period. Interestingly, the result of this study in Finland differs from central Europe, where Norway spruce site productivity has displayed a considerable increase since the 1950s. Potentially, the low nitrogen deposition in Finland may be of major importance accounting for the divergent changes in site productivity between Finland and central Europe. Thus, the results indicate that a large share of the growth increase in the Finnish forests might actually be due to altered management.