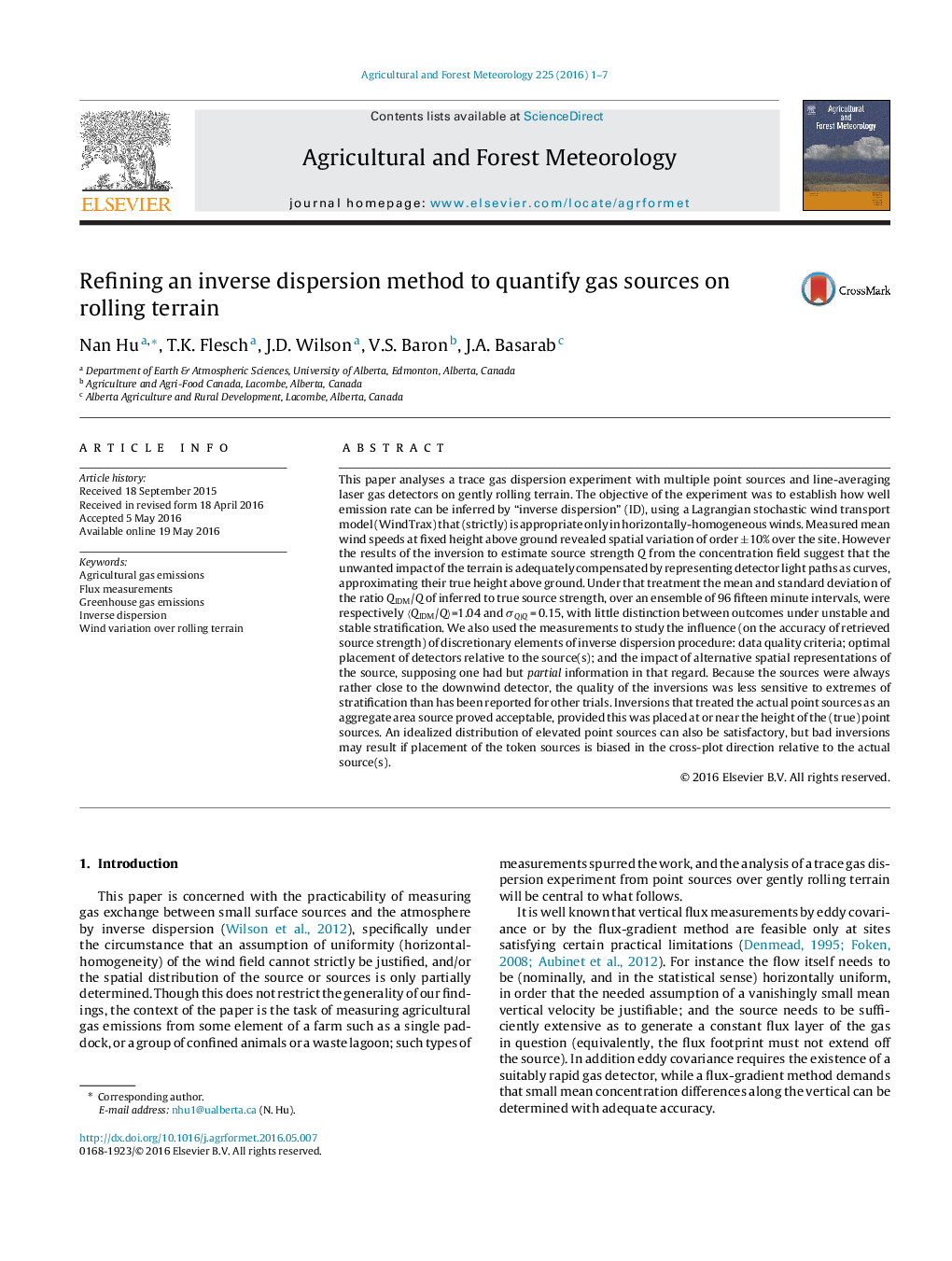 This paper analyses a trace gas dispersion experiment with multiple point sources and line-averaging laser gas detectors on gently rolling terrain. The objective of the experiment was to establish how well emission rate can be inferred by “inverse dispersion” (ID), using a Lagrangian stochastic wind transport model (WindTrax) that (strictly) is appropriate only in horizontally-homogeneous winds. Measured mean wind speeds at fixed height above ground revealed spatial variation of order ±10% over the site. However the results of the inversion to estimate source strength Q from the concentration field suggest that the unwanted impact of the terrain is adequately compensated by representing detector light paths as curves, approximating their true height above ground. Under that treatment the mean and standard deviation of the ratio QIDM/Q of inferred to true source strength, over an ensemble of 96 fifteen minute intervals, were respectively 〈QIDM/Q〉=1.04 and σQ|Q = 0.15, with little distinction between outcomes under unstable and stable stratification. We also used the measurements to study the influence (on the accuracy of retrieved source strength) of discretionary elements of inverse dispersion procedure: data quality criteria; optimal placement of detectors relative to the source(s); and the impact of alternative spatial representations of the source, supposing one had but partial information in that regard. Because the sources were always rather close to the downwind detector, the quality of the inversions was less sensitive to extremes of stratification than has been reported for other trials. Inversions that treated the actual point sources as an aggregate area source proved acceptable, provided this was placed at or near the height of the (true) point sources. An idealized distribution of elevated point sources can also be satisfactory, but bad inversions may result if placement of the token sources is biased in the cross-plot direction relative to the actual source(s).