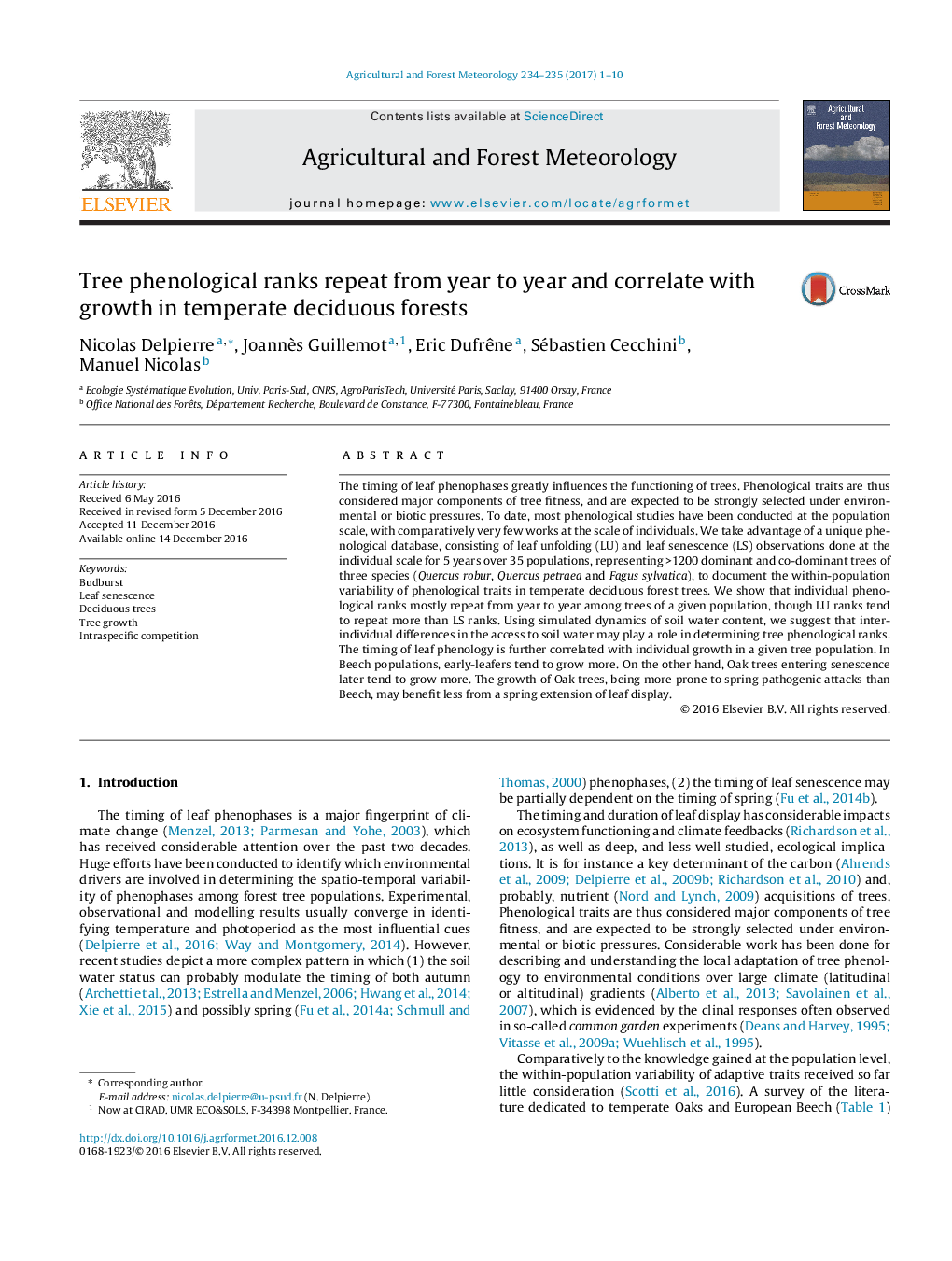 The timing of leaf phenophases greatly influences the functioning of trees. Phenological traits are thus considered major components of tree fitness, and are expected to be strongly selected under environmental or biotic pressures. To date, most phenological studies have been conducted at the population scale, with comparatively very few works at the scale of individuals. We take advantage of a unique phenological database, consisting of leaf unfolding (LU) and leaf senescence (LS) observations done at the individual scale for 5 years over 35 populations, representingâ>1200 dominant and co-dominant trees of three species (Quercus robur, Quercus petraea and Fagus sylvatica), to document the within-population variability of phenological traits in temperate deciduous forest trees. We show that individual phenological ranks mostly repeat from year to year among trees of a given population, though LU ranks tend to repeat more than LS ranks. Using simulated dynamics of soil water content, we suggest that inter-individual differences in the access to soil water may play a role in determining tree phenological ranks. The timing of leaf phenology is further correlated with individual growth in a given tree population. In Beech populations, early-leafers tend to grow more. On the other hand, Oak trees entering senescence later tend to grow more. The growth of Oak trees, being more prone to spring pathogenic attacks than Beech, may benefit less from a spring extension of leaf display.