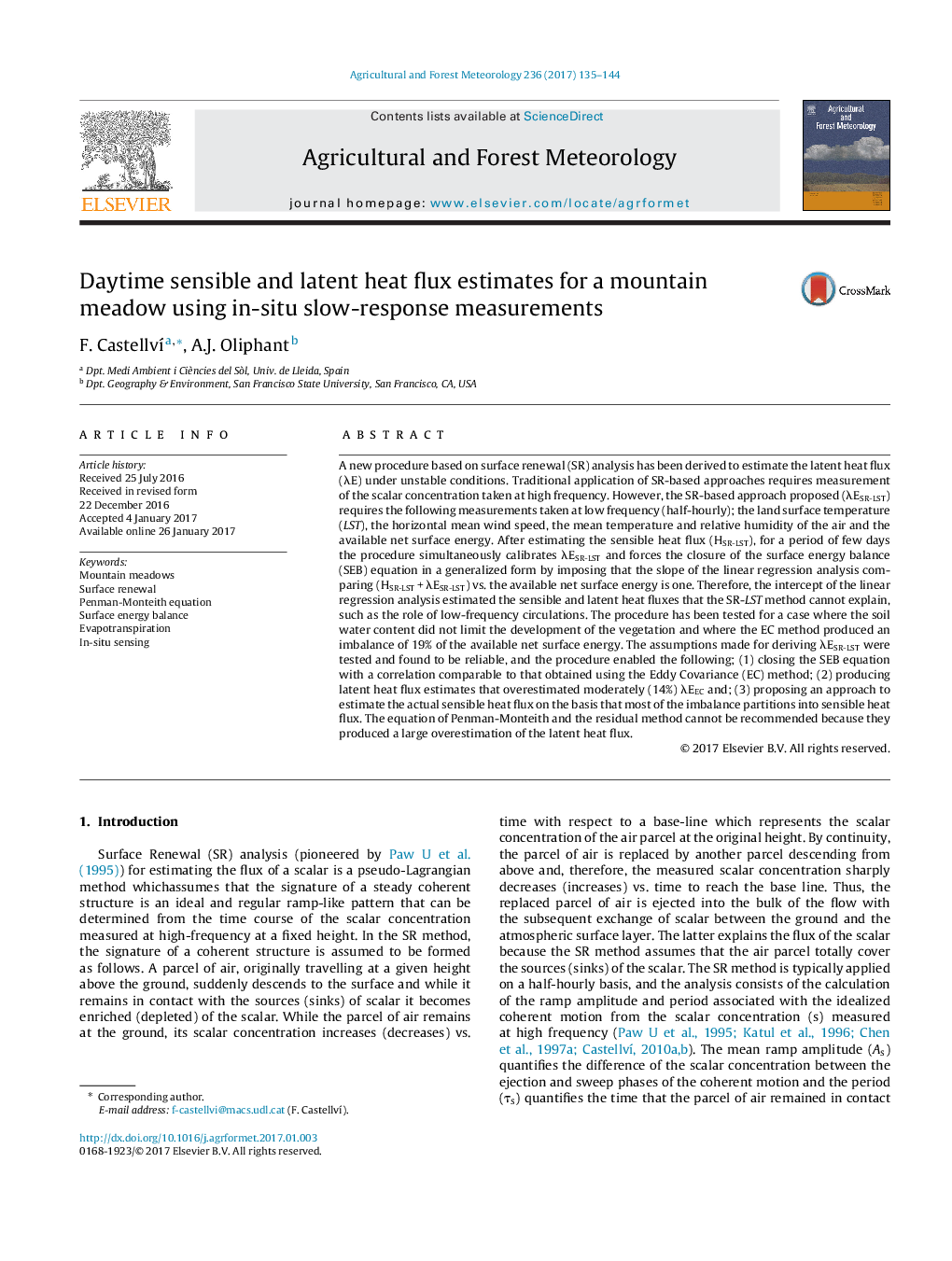 A new procedure based on surface renewal (SR) analysis has been derived to estimate the latent heat flux (Î»E) under unstable conditions. Traditional application of SR-based approaches requires measurement of the scalar concentration taken at high frequency. However, the SR-based approach proposed (Î»ESR-LST) requires the following measurements taken at low frequency (half-hourly); the land surface temperature (LST), the horizontal mean wind speed, the mean temperature and relative humidity of the air and the available net surface energy. After estimating the sensible heat flux (ÎSR-LST), for a period of few days the procedure simultaneously calibrates Î»ESR-LST and forces the closure of the surface energy balance (SEB) equation in a generalized form by imposing that the slope of the linear regression analysis comparing (ÎSR-LSTÂ +Â Î»ESR-LST) vs. the available net surface energy is one. Therefore, the intercept of the linear regression analysis estimated the sensible and latent heat fluxes that the SR-LST method cannot explain, such as the role of low-frequency circulations. The procedure has been tested for a case where the soil water content did not limit the development of the vegetation and where the EC method produced an imbalance of 19% of the available net surface energy. The assumptions made for deriving Î»ESR-LST were tested and found to be reliable, and the procedure enabled the following; (1) closing the SEB equation with a correlation comparable to that obtained using the Eddy Covariance (EC) method; (2) producing latent heat flux estimates that overestimated moderately (14%) Î»EEC and; (3) proposing an approach to estimate the actual sensible heat flux on the basis that most of the imbalance partitions into sensible heat flux. The equation of Penman-Monteith and the residual method cannot be recommended because they produced a large overestimation of the latent heat flux.