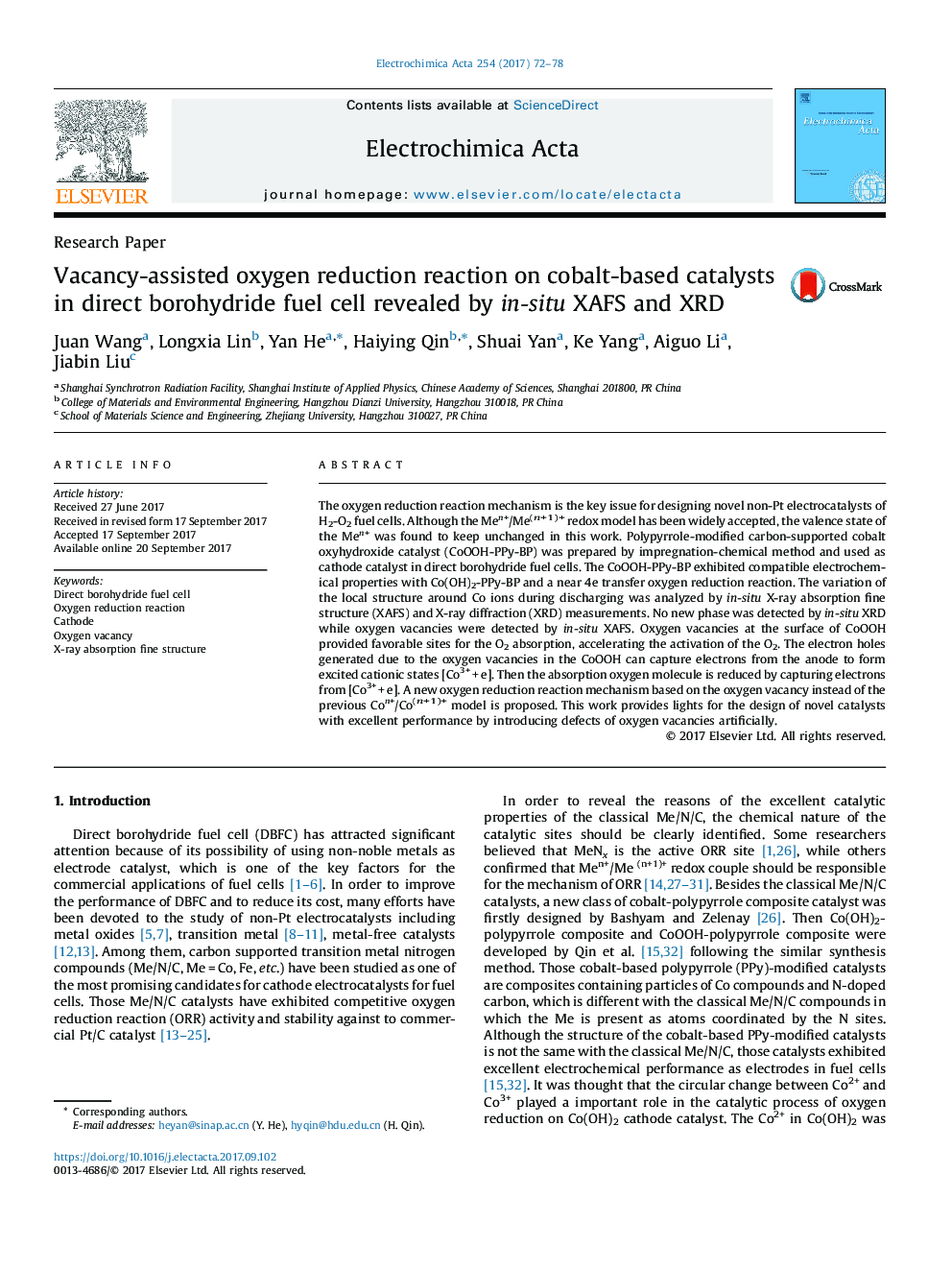 The oxygen reduction reaction mechanism is the key issue for designing novel non-Pt electrocatalysts of H2-O2 fuel cells. Although the Men+/Me(n+1)+ redox model has been widely accepted, the valence state of the Men+ was found to keep unchanged in this work. Polypyrrole-modified carbon-supported cobalt oxyhydroxide catalyst (CoOOH-PPy-BP) was prepared by impregnation-chemical method and used as cathode catalyst in direct borohydride fuel cells. The CoOOH-PPy-BP exhibited compatible electrochemical properties with Co(OH)2-PPy-BP and a near 4e transfer oxygen reduction reaction. The variation of the local structure around Co ions during discharging was analyzed by in-situ X-ray absorption fine structure (XAFS) and X-ray diffraction (XRD) measurements. No new phase was detected by in-situ XRD while oxygen vacancies were detected by in-situ XAFS. Oxygen vacancies at the surface of CoOOH provided favorable sites for the O2 absorption, accelerating the activation of the O2. The electron holes generated due to the oxygen vacancies in the CoOOH can capture electrons from the anode to form excited cationic states [Co3+Â +Â e]. Then the absorption oxygen molecule is reduced by capturing electrons from [Co3+Â +Â e]. A new oxygen reduction reaction mechanism based on the oxygen vacancy instead of the previous Con+/Co(n+1)+ model is proposed. This work provides lights for the design of novel catalysts with excellent performance by introducing defects of oxygen vacancies artificially.