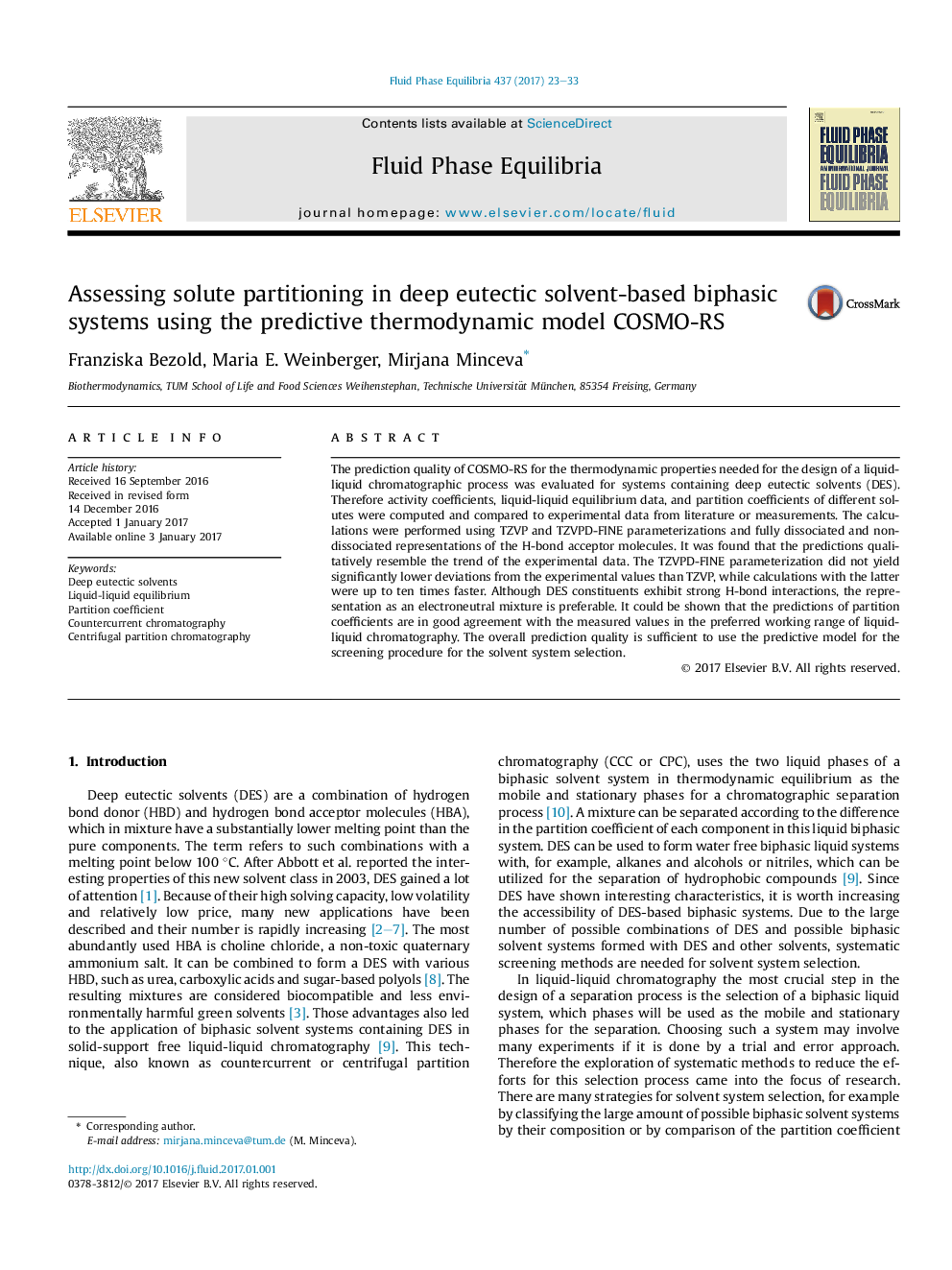 - Evaluation of prediction quality of COSMO-RS for systems containing deep eutectic solvents.
- Prediction of limiting activity coefficients, liquid-liquid equilibria and partition coefficients.
- Comparison of different molecular representations of the deep eutectic solvents within the model.
- COSMO-RS is a useful tool in the selection of DES-based solvent systems.
- Prediction quality is high enough for in solvent screening in liquid-liquid chromatography.

The prediction quality of COSMO-RS for the thermodynamic properties needed for the design of a liquid-liquid chromatographic process was evaluated for systems containing deep eutectic solvents (DES). Therefore activity coefficients, liquid-liquid equilibrium data, and partition coefficients of different solutes were computed and compared to experimental data from literature or measurements. The calculations were performed using TZVP and TZVPD-FINE parameterizations and fully dissociated and non-dissociated representations of the H-bond acceptor molecules. It was found that the predictions qualitatively resemble the trend of the experimental data. The TZVPD-FINE parameterization did not yield significantly lower deviations from the experimental values than TZVP, while calculations with the latter were up to ten times faster. Although DES constituents exhibit strong H-bond interactions, the representation as an electroneutral mixture is preferable. It could be shown that the predictions of partition coefficients are in good agreement with the measured values in the preferred working range of liquid-liquid chromatography. The overall prediction quality is sufficient to use the predictive model for the screening procedure for the solvent system selection.