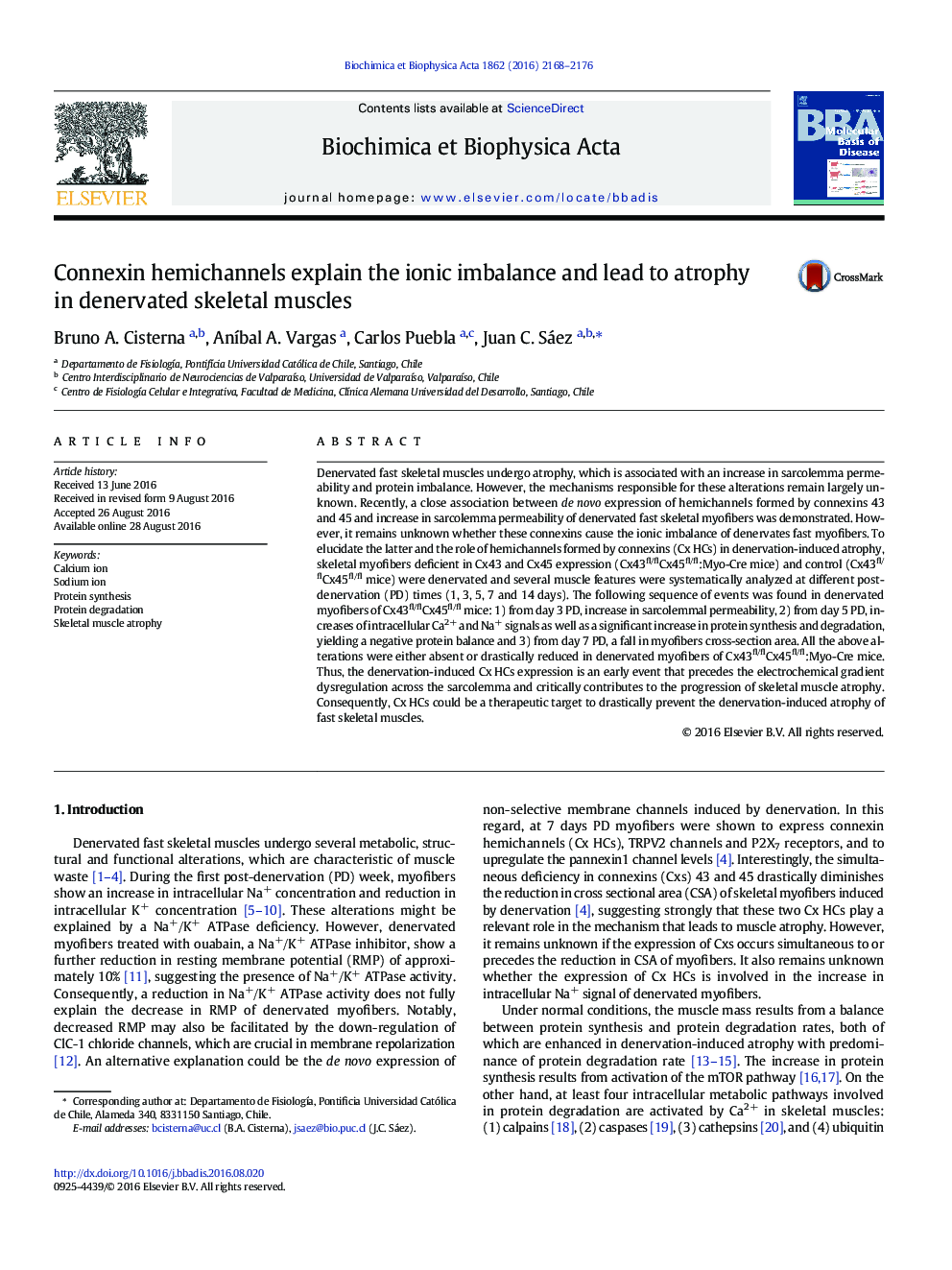 Denervated fast skeletal muscles undergo atrophy, which is associated with an increase in sarcolemma permeability and protein imbalance. However, the mechanisms responsible for these alterations remain largely unknown. Recently, a close association between de novo expression of hemichannels formed by connexins 43 and 45 and increase in sarcolemma permeability of denervated fast skeletal myofibers was demonstrated. However, it remains unknown whether these connexins cause the ionic imbalance of denervates fast myofibers. To elucidate the latter and the role of hemichannels formed by connexins (Cx HCs) in denervation-induced atrophy, skeletal myofibers deficient in Cx43 and Cx45 expression (Cx43fl/flCx45fl/fl:Myo-Cre mice) and control (Cx43fl/flCx45fl/fl mice) were denervated and several muscle features were systematically analyzed at different post-denervation (PD) times (1, 3, 5, 7 and 14Â days). The following sequence of events was found in denervated myofibers of Cx43fl/flCx45fl/fl mice: 1) from day 3 PD, increase in sarcolemmal permeability, 2) from day 5 PD, increases of intracellular Ca2+ and Na+ signals as well as a significant increase in protein synthesis and degradation, yielding a negative protein balance and 3) from day 7 PD, a fall in myofibers cross-section area. All the above alterations were either absent or drastically reduced in denervated myofibers of Cx43fl/flCx45fl/fl:Myo-Cre mice. Thus, the denervation-induced Cx HCs expression is an early event that precedes the electrochemical gradient dysregulation across the sarcolemma and critically contributes to the progression of skeletal muscle atrophy. Consequently, Cx HCs could be a therapeutic target to drastically prevent the denervation-induced atrophy of fast skeletal muscles.