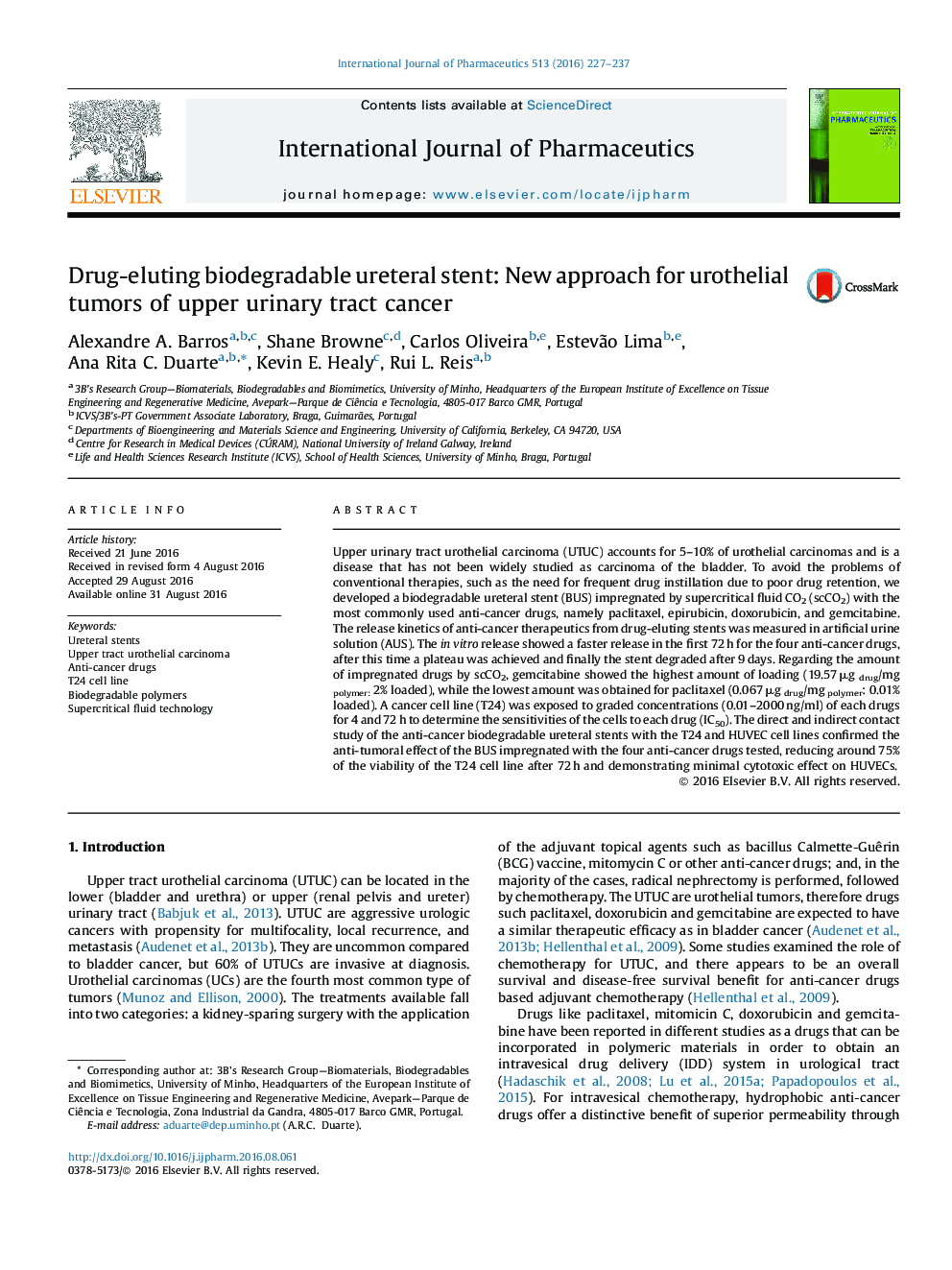 Upper urinary tract urothelial carcinoma (UTUC) accounts for 5-10% of urothelial carcinomas and is a disease that has not been widely studied as carcinoma of the bladder. To avoid the problems of conventional therapies, such as the need for frequent drug instillation due to poor drug retention, we developed a biodegradable ureteral stent (BUS) impregnated by supercritical fluid CO2 (scCO2) with the most commonly used anti-cancer drugs, namely paclitaxel, epirubicin, doxorubicin, and gemcitabine. The release kinetics of anti-cancer therapeutics from drug-eluting stents was measured in artificial urine solution (AUS). The in vitro release showed a faster release in the first 72Â h for the four anti-cancer drugs, after this time a plateau was achieved and finally the stent degraded after 9Â days. Regarding the amount of impregnated drugs by scCO2, gemcitabine showed the highest amount of loading (19.57Â Î¼g drug/mg polymer: 2% loaded), while the lowest amount was obtained for paclitaxel (0.067Â Î¼g drug/mg polymer: 0.01% loaded). A cancer cell line (T24) was exposed to graded concentrations (0.01-2000Â ng/ml) of each drugs for 4 and 72Â h to determine the sensitivities of the cells to each drug (IC50). The direct and indirect contact study of the anti-cancer biodegradable ureteral stents with the T24 and HUVEC cell lines confirmed the anti-tumoral effect of the BUS impregnated with the four anti-cancer drugs tested, reducing around 75% of the viability of the T24 cell line after 72Â h and demonstrating minimal cytotoxic effect on HUVECs.