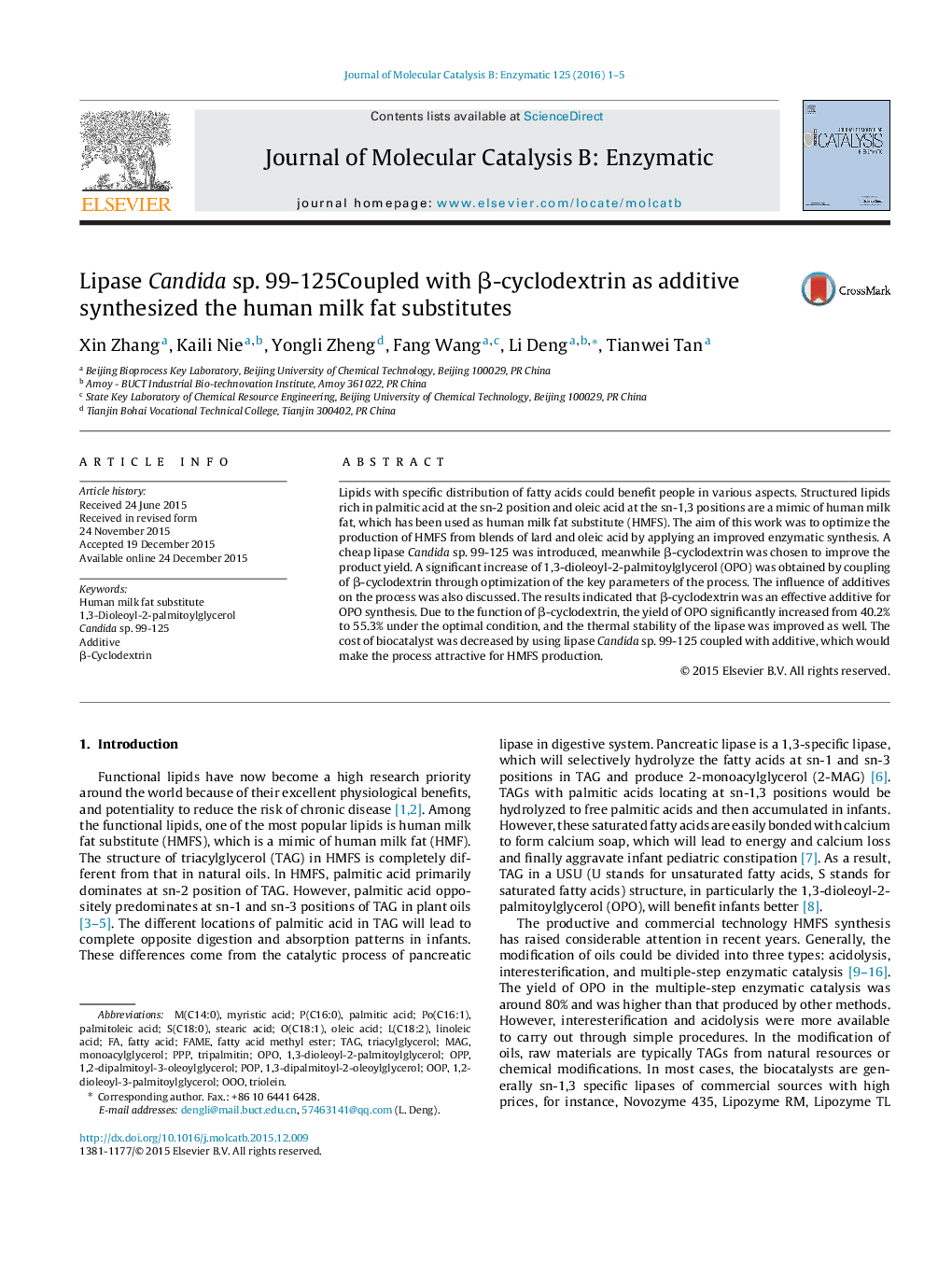 • Candida sp. 99-125 coupled with additive significantly increased the yield of OPO.
• The thermal stability of lipase was improved.
• Decrease of the biocatalyst cost making the process attractive.

Lipids with specific distribution of fatty acids could benefit people in various aspects. Structured lipids rich in palmitic acid at the sn-2 position and oleic acid at the sn-1,3 positions are a mimic of human milk fat, which has been used as human milk fat substitute (HMFS). The aim of this work was to optimize the production of HMFS from blends of lard and oleic acid by applying an improved enzymatic synthesis. A cheap lipase Candida sp. 99-125 was introduced, meanwhile β-cyclodextrin was chosen to improve the product yield. A significant increase of 1,3-dioleoyl-2-palmitoylglycerol (OPO) was obtained by coupling of β-cyclodextrin through optimization of the key parameters of the process. The influence of additives on the process was also discussed. The results indicated that β-cyclodextrin was an effective additive for OPO synthesis. Due to the function of β-cyclodextrin, the yield of OPO significantly increased from 40.2% to 55.3% under the optimal condition, and the thermal stability of the lipase was improved as well. The cost of biocatalyst was decreased by using lipase Candida sp. 99-125 coupled with additive, which would make the process attractive for HMFS production.