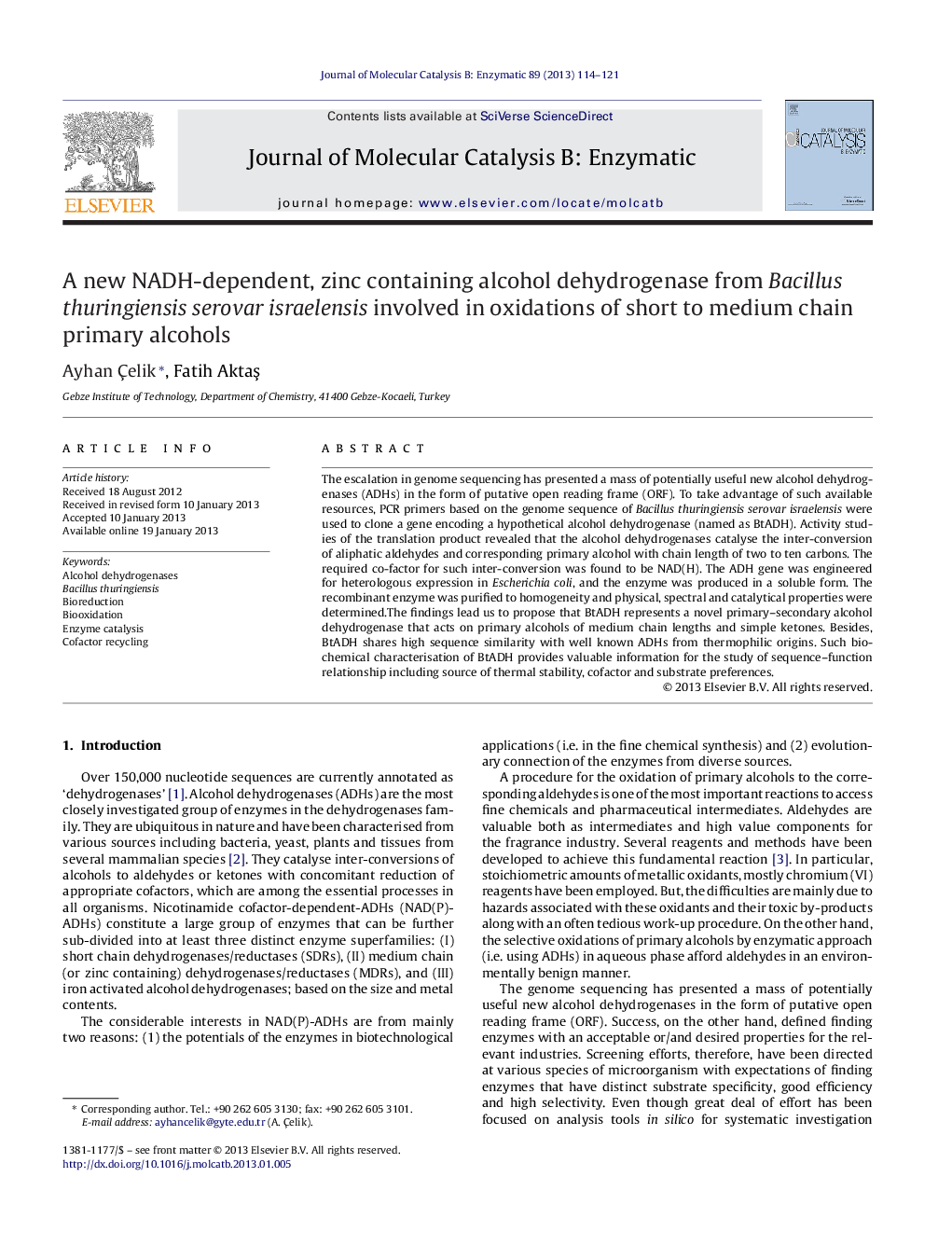 The escalation in genome sequencing has presented a mass of potentially useful new alcohol dehydrogenases (ADHs) in the form of putative open reading frame (ORF). To take advantage of such available resources, PCR primers based on the genome sequence of Bacillus thuringiensis serovar israelensis were used to clone a gene encoding a hypothetical alcohol dehydrogenase (named as BtADH). Activity studies of the translation product revealed that the alcohol dehydrogenases catalyse the inter-conversion of aliphatic aldehydes and corresponding primary alcohol with chain length of two to ten carbons. The required co-factor for such inter-conversion was found to be NAD(H). The ADH gene was engineered for heterologous expression in Escherichia coli, and the enzyme was produced in a soluble form. The recombinant enzyme was purified to homogeneity and physical, spectral and catalytical properties were determined.The findings lead us to propose that BtADH represents a novel primary–secondary alcohol dehydrogenase that acts on primary alcohols of medium chain lengths and simple ketones. Besides, BtADH shares high sequence similarity with well known ADHs from thermophilic origins. Such biochemical characterisation of BtADH provides valuable information for the study of sequence–function relationship including source of thermal stability, cofactor and substrate preferences.

Figure optionsDownload as PowerPoint slideHighlights
► A novel alcohol dehydrogenase from B. thuringiensis serovar israelensis was isolated.
► The enzyme acts on primary alcohols of medium chain lengths and simple ketones.
► The enzyme shares high sequence similarity with ADHs from thermophilic origins.
► The enzyme could be an excellent subject matter in protein science.