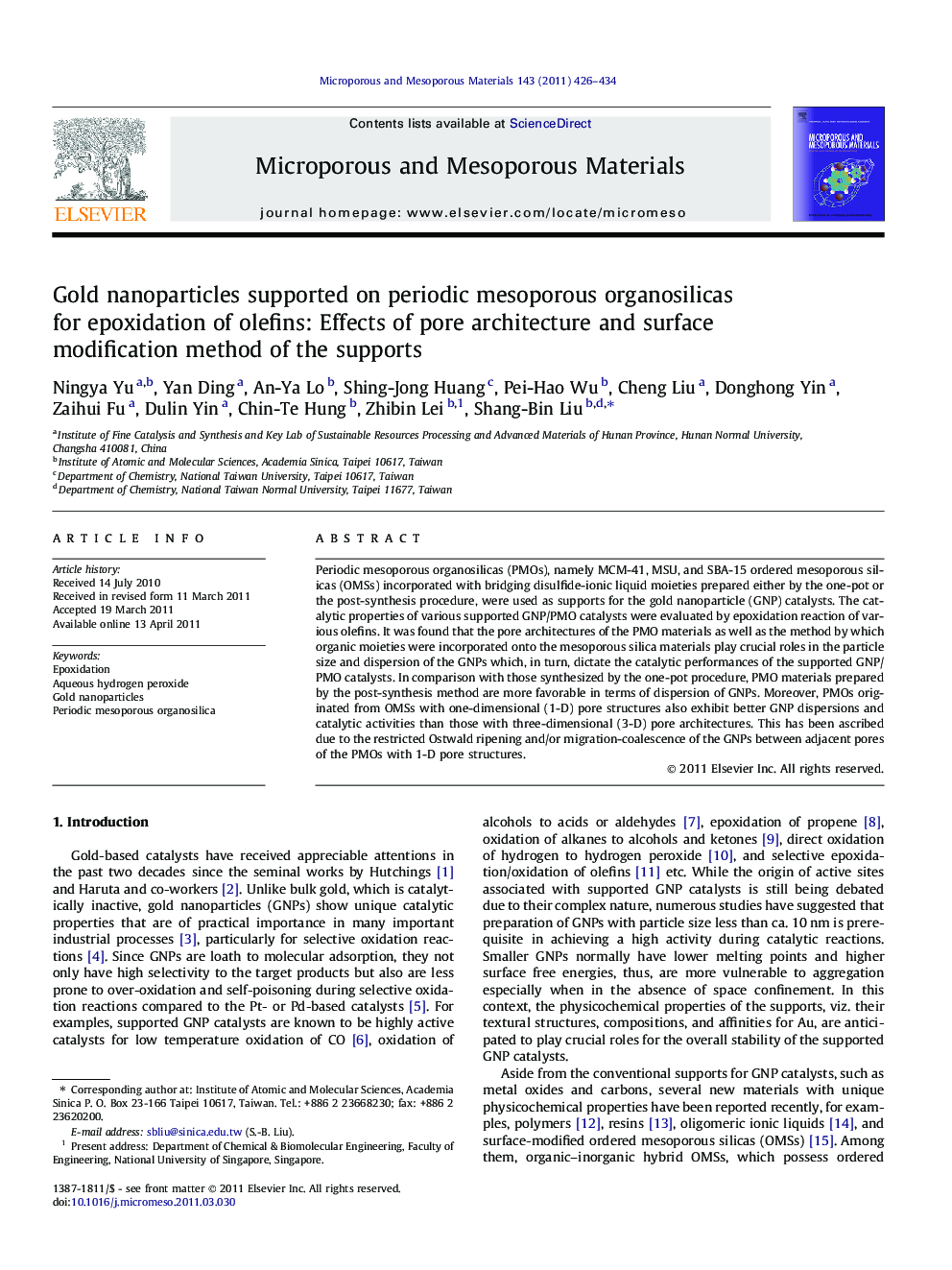 Periodic mesoporous organosilicas (PMOs), namely MCM-41, MSU, and SBA-15 ordered mesoporous silicas (OMSs) incorporated with bridging disulfide-ionic liquid moieties prepared either by the one-pot or the post-synthesis procedure, were used as supports for the gold nanoparticle (GNP) catalysts. The catalytic properties of various supported GNP/PMO catalysts were evaluated by epoxidation reaction of various olefins. It was found that the pore architectures of the PMO materials as well as the method by which organic moieties were incorporated onto the mesoporous silica materials play crucial roles in the particle size and dispersion of the GNPs which, in turn, dictate the catalytic performances of the supported GNP/PMO catalysts. In comparison with those synthesized by the one-pot procedure, PMO materials prepared by the post-synthesis method are more favorable in terms of dispersion of GNPs. Moreover, PMOs originated from OMSs with one-dimensional (1-D) pore structures also exhibit better GNP dispersions and catalytic activities than those with three-dimensional (3-D) pore architectures. This has been ascribed due to the restricted Ostwald ripening and/or migration-coalescence of the GNPs between adjacent pores of the PMOs with 1-D pore structures.