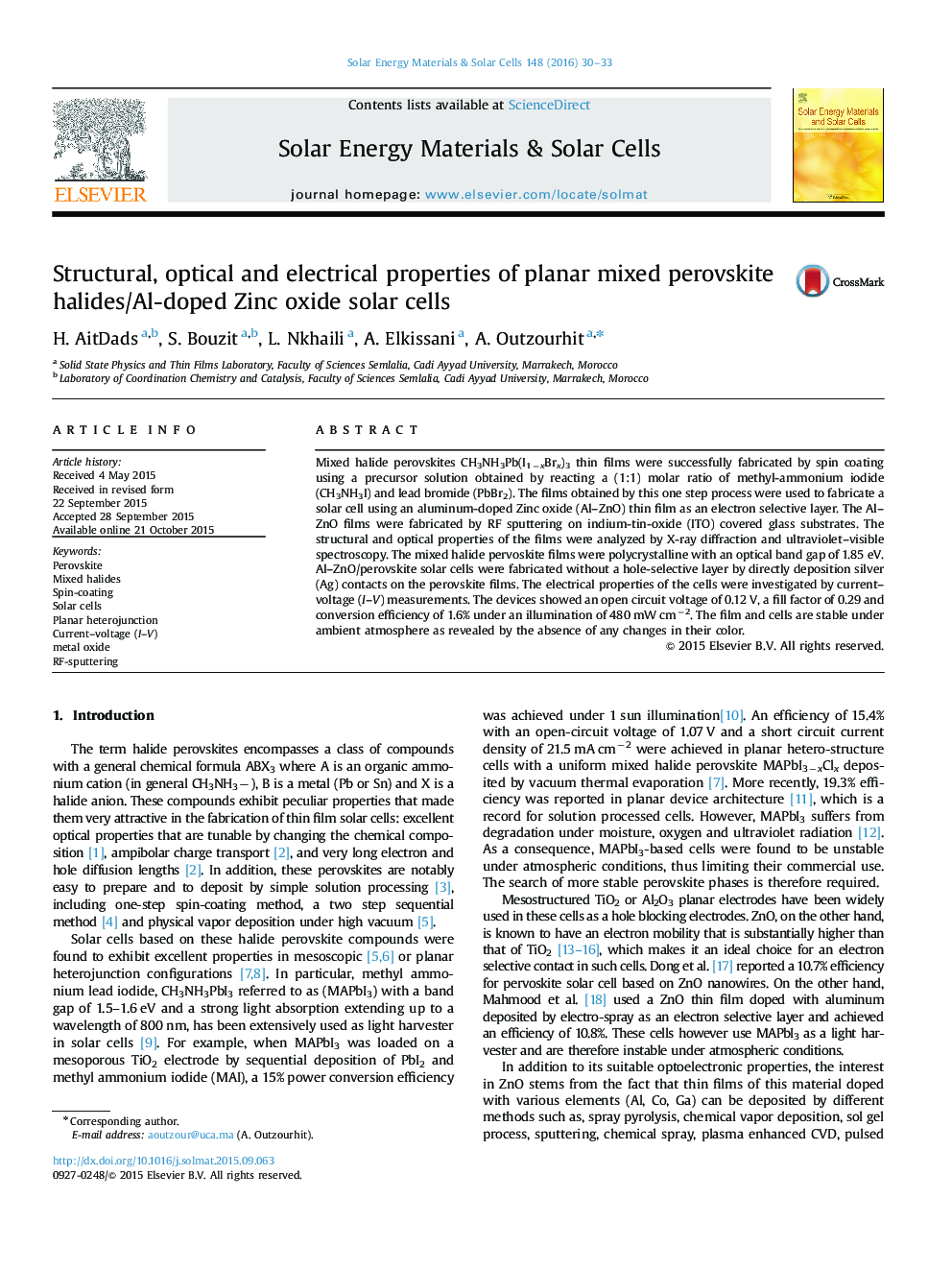 Mixed halide perovskites CH3NH3Pb(I1−xBrx)3 thin films were successfully fabricated by spin coating using a precursor solution obtained by reacting a (1:1) molar ratio of methyl-ammonium iodide (CH3NH3I) and lead bromide (PbBr2). The films obtained by this one step process were used to fabricate a solar cell using an aluminum-doped Zinc oxide (Al–ZnO) thin film as an electron selective layer. The Al–ZnO films were fabricated by RF sputtering on indium-tin-oxide (ITO) covered glass substrates. The structural and optical properties of the films were analyzed by X-ray diffraction and ultraviolet–visible spectroscopy. The mixed halide pervoskite films were polycrystalline with an optical band gap of 1.85 eV. Al–ZnO/perovskite solar cells were fabricated without a hole-selective layer by directly deposition silver (Ag) contacts on the perovskite films. The electrical properties of the cells were investigated by current–voltage (I–V) measurements. The devices showed an open circuit voltage of 0.12 V, a fill factor of 0.29 and conversion efficiency of 1.6% under an illumination of 480 mW cm−2. The film and cells are stable under ambient atmosphere as revealed by the absence of any changes in their color.