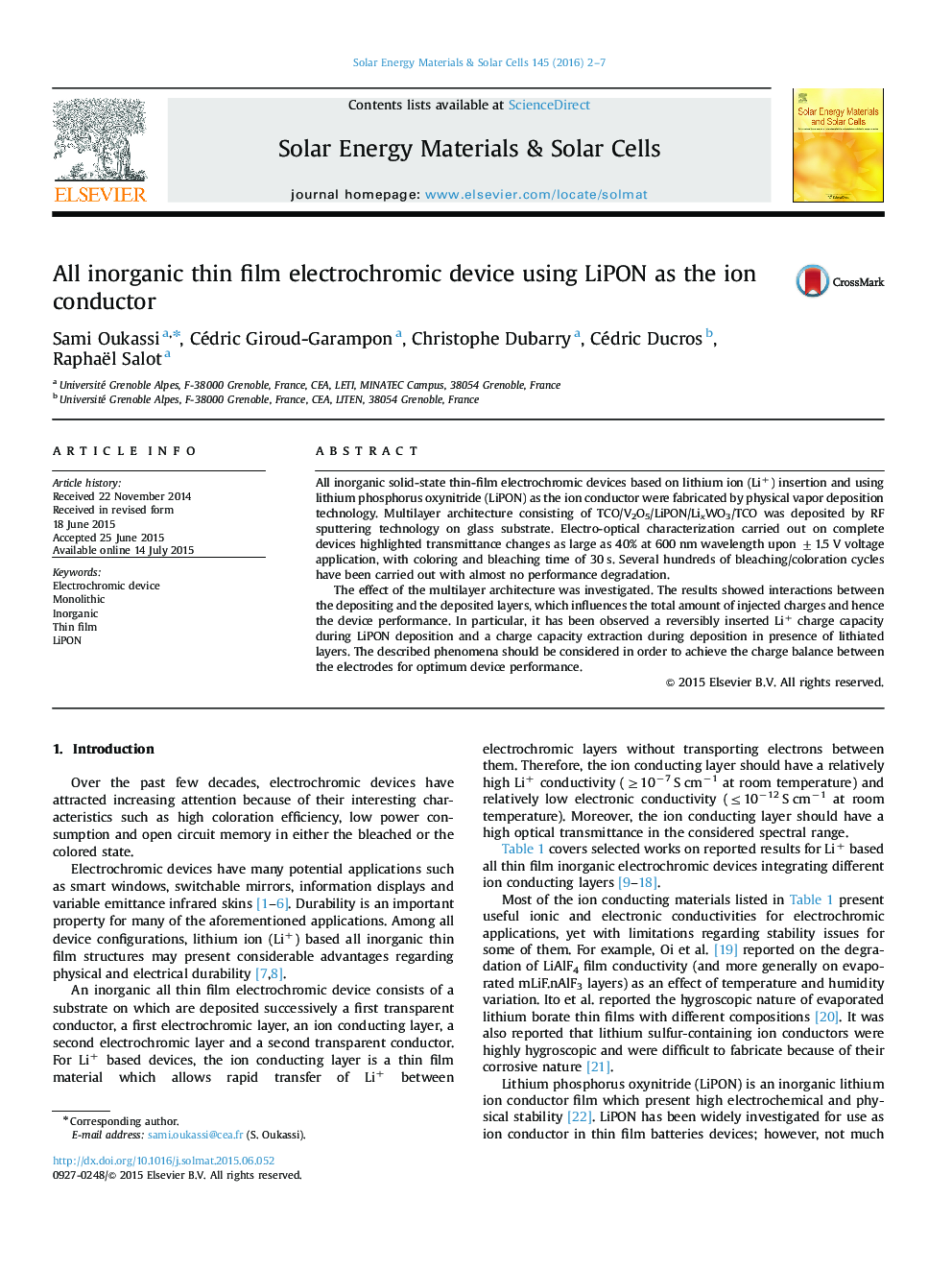 • LiPON is a highly suitable ion conductor for electrochromic applications.
• A TCO/V2O5/LiPON/LixWO3/TCO monolithic device was fabricated.
• A high stability of device properties (∆T=38% at 600 nm) was observed upon 500 cycles.
• The multilayer architecture influences the amount of Li+ charges in the structure.

All inorganic solid-state thin-film electrochromic devices based on lithium ion (Li+) insertion and using lithium phosphorus oxynitride (LiPON) as the ion conductor were fabricated by physical vapor deposition technology. Multilayer architecture consisting of TCO/V2O5/LiPON/LixWO3/TCO was deposited by RF sputtering technology on glass substrate. Electro-optical characterization carried out on complete devices highlighted transmittance changes as large as 40% at 600 nm wavelength upon ±1.5 V voltage application, with coloring and bleaching time of 30 s. Several hundreds of bleaching/coloration cycles have been carried out with almost no performance degradation.The effect of the multilayer architecture was investigated. The results showed interactions between the depositing and the deposited layers, which influences the total amount of injected charges and hence the device performance. In particular, it has been observed a reversibly inserted Li+ charge capacity during LiPON deposition and a charge capacity extraction during deposition in presence of lithiated layers. The described phenomena should be considered in order to achieve the charge balance between the electrodes for optimum device performance.