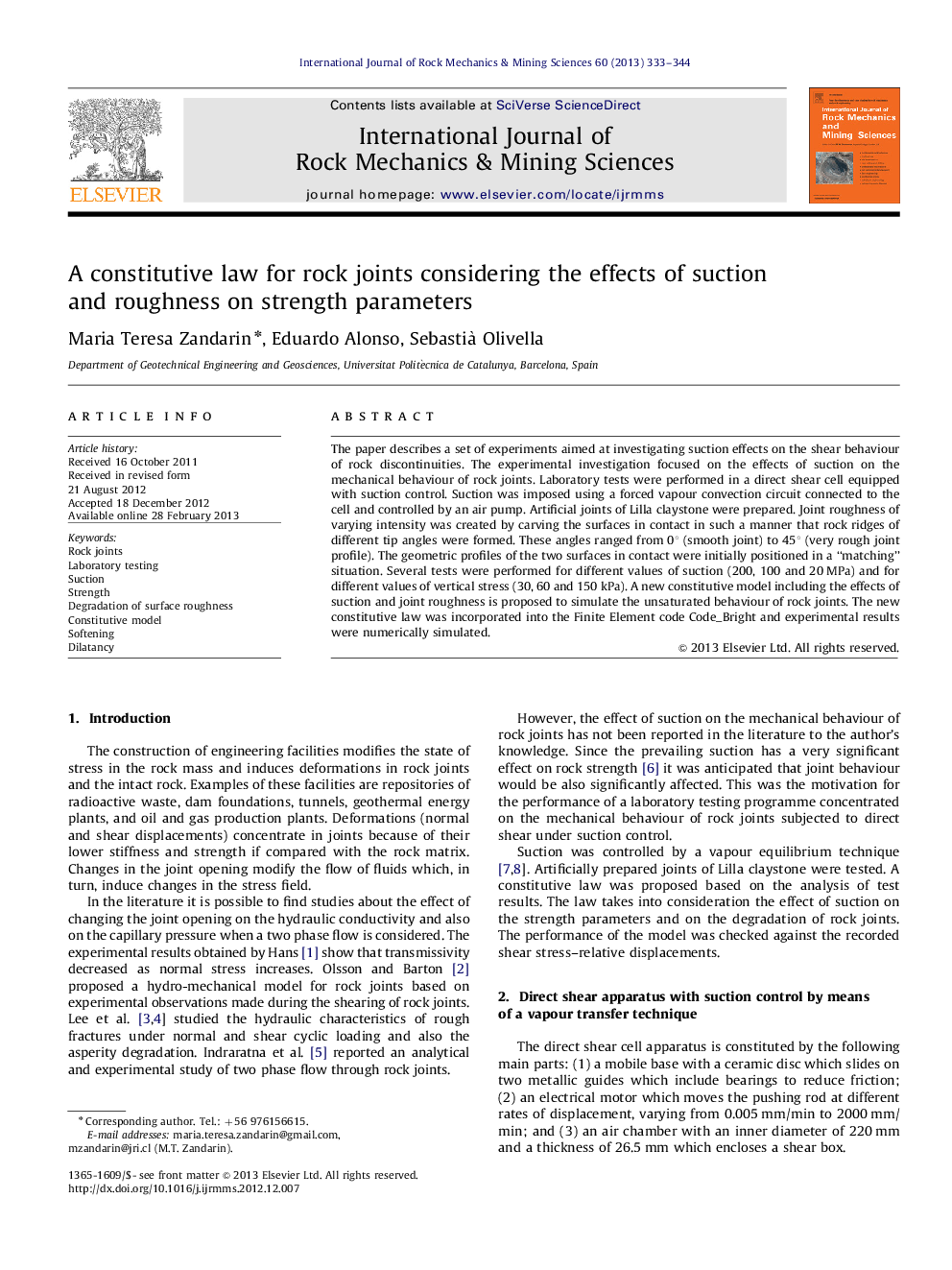 The paper describes a set of experiments aimed at investigating suction effects on the shear behaviour of rock discontinuities. The experimental investigation focused on the effects of suction on the mechanical behaviour of rock joints. Laboratory tests were performed in a direct shear cell equipped with suction control. Suction was imposed using a forced vapour convection circuit connected to the cell and controlled by an air pump. Artificial joints of Lilla claystone were prepared. Joint roughness of varying intensity was created by carving the surfaces in contact in such a manner that rock ridges of different tip angles were formed. These angles ranged from 0° (smooth joint) to 45° (very rough joint profile). The geometric profiles of the two surfaces in contact were initially positioned in a “matching” situation. Several tests were performed for different values of suction (200, 100 and 20 MPa) and for different values of vertical stress (30, 60 and 150 kPa). A new constitutive model including the effects of suction and joint roughness is proposed to simulate the unsaturated behaviour of rock joints. The new constitutive law was incorporated into the Finite Element code Code_Bright and experimental results were numerically simulated.

► Influence of suction on mechanical rock joints behaviour was experimentally investigated.
► Shear strength and dilatancy of rock joints depend with suction and roughness.
► The degradation of joints increases with the applied work and suction.